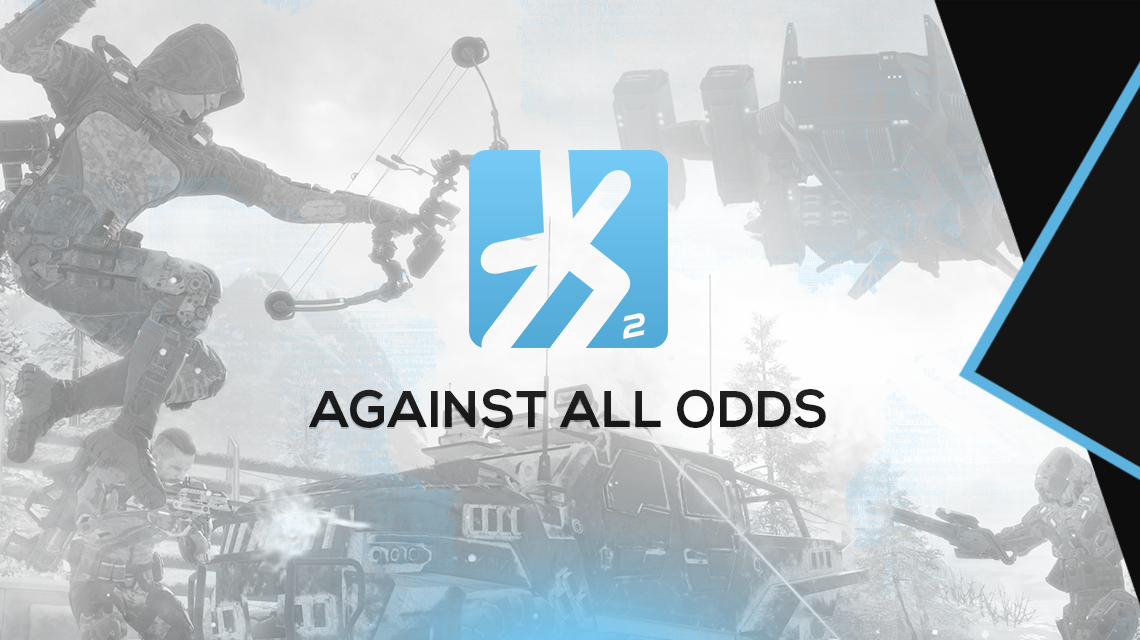 The team had already qualified for the 2016 CoD World League North American Pro Division through the invitational qualifier, and hopes were high. When the season started, however, results were far from impressive. By the end of the fifth week, the team was 3-7 and simply couldn’t put it together. With UMG South Carolina 2016 quickly approaching, things were looking dim.

It turned out though, that the event was just what the guys on H2k needed. Starting off slow with a grueling 4-3 win over Team SoloMid , H2k looked to be on form with their online performances. Then it happened. The next round, they were set to do battle with the giants of CoD: OpTic Gaming . No one watching the game expected anything from H2k. It was supposed to be a quick win for OpTic on their way to the finals, but the H2k players had other ideas.

In a back and forth fight between two teams that seemed very evenly matched, despite OpTic’s notoriety and H2k’s poor run of form, the underdogs came out on top 4-3. H2k took down one of the best in the business, and that gave them some confidence. Granted, they lost 2-4 in the next round to eventual champions Rise Nation , but the guys on H2k knew they could compete with the best of the best.

As the online season progressed, their form didn’t improve much. The team’s online play was nothing like their play on LAN, and they couldn’t seem to find a good rhythm. It’s common to see a team play better online than on LAN, but it’s not as common to see the opposite.

“We’re so different from online to LAN because we feed off each other’s vibes,” LegaL said. “When we’re all at our houses we aren’t yelling as much or getting as hype, but when we’re at an event and as soon as someone makes a big play, we start going crazy.”

H2k’s bad run of form cost them dearly. In the end, they were fighting to get into the playoffs during the final few weeks of the season. Unfortunately for them, there were no wins to be found, and the team fell into the relegation tournament. Forced to win a best-of-seven series against one of the top amatuer teams in CoD, Team Liquid , the H2k players were far from where they wanted to be.

“The reason we went on that bad run at the end of season was because we had some internal issues that we ironed out before we got to the relegation event,” LegaL said.

Going into relegation, Liquid was looked at by most viewers as the top amateur team in North America, and H2k was looked at as the best professional team at the event, so their match was highly anticipated. When it started, however, it was anything but exciting. Liquid steamrolled their way to a 3-0 lead and looked poised to earn their spot in the CWL by handedly knocking H2k out. Once again, with all the odds against them, the H2k roster had other plans. Winning four straight maps, H2k came back to win the series 4-3. Before this, only one other team had pulled off a reverse sweep in a best-of-seven: FaZe Clan in their prime. It was a historic and pressure-filled moment, but the H2k players never let it get to them.

“We were surprisingly confident in coming back from being down 0-3,” LegaL said. “We all knew we just needed to win one map and then that series was ours. It’s a great feeling to do something that insane and to qualify for the league on April Fools Day.”

Winning that match and re-qualifying for the CWL was important. The intensity of that moment was in the air at ESL Studios during the match. The players know what they did was a big deal, and they are ready for Stage 2.

While they are relieved to be back in the CWL, the H2k players know that they need to improve and change their online play if they want to avoid being in relegation again at the end of this stage.

“To improve and finish in the top-eight of Stage 2, we mainly just need to stay humble and hungry,” LegaL said. “If we keep grinding every day and hitting theater every night, no team will be able to beat us.”

It’s a bold claim, but certainly one that the H2k players believe in. No one can doubt their prowess on LAN, but they won’t be participating in the biggest LAN tournaments if they can’t perform well enough online. Only time will tell if the team can get it together and be able to play without being right next to each other and hyping each other up, but H2k is certainly a team to look out for.

One thing is certain: the players know how stressful it is to support them.

“I want to say to all of our fans that we’re all really thankful for the support, and we’re sorry for making you get a few gray hairs from watching relegation,” LegaL said.

Stage 2 of the NA CWL will begin soon, and the players on H2k are more than ready for the challenge.

Can H2k improve from Stage 1, or will they fall back into the same routine and continue their online struggles? Let us know in the comments below or on our Twitter @eSportsNation, and be sure to follow us to stay updated on all of our eSports needs.