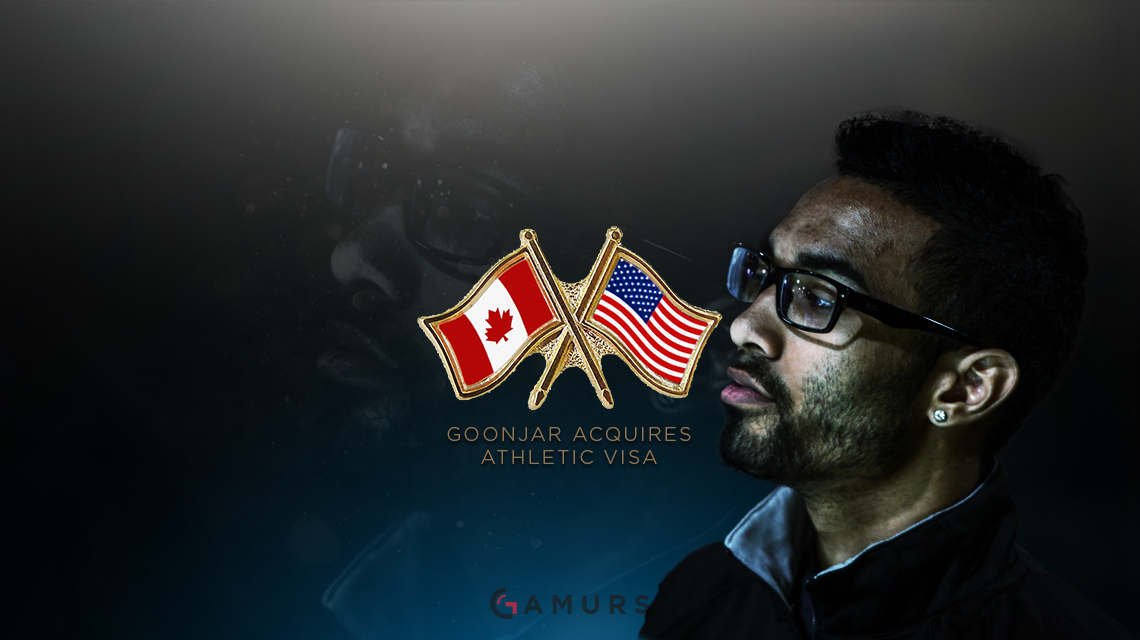 Earlier today, compLexity Gaming announced on their website that Canadian Call of Duty player Jevon “Goonjar” Gooljar-Lim has acquired a P-1 Athletic visa, allowing him to compete in the United States as a recognized athlete. Goonjar is one of the only Call of Duty players to currently have this type of visa.

This comes nearly two months after Goonjar was prevented from entering the United States due to immigration officers believing he was entering the country for work. This caused him to miss out on competing in the Call of Duty World League Stage 1 Relegation Tournament in Calif., forcing Team Kaliber, his team at the time, to use a substitute. They would go on to lose their qualification series with the substitute, which caused tK to lose their spot in the CWL.

P-1A visas have become more popular in esports with several League of Legends, DotA and Counter-Strike players securing them recently because of the sheer necessity of traveling to the United States for competition. Examples of this were shown earlier this year when numerous players and teams were prohibited from participating in the first Counter-Strike major in Columbus, Ohio due to visa problems.

Kyle Bautista, the General Manager of compLexity, said “We made it a top priority to work with Activision/Blizzard, ESL, and the legal team at McCown & Evans to secure a P-1A visa.” Hopefully this prompts more teams to prioritize getting P-1A visas for their players like compLexity has done for Goonjar, especially with the Call of Duty Championship coming up in the back half of the year. No one should miss the biggest Call of Duty tournament in history because they cannot enter the country.

For the latest Call of Duty news and more, make sure you follow us on Twitter at @GAMURScom.