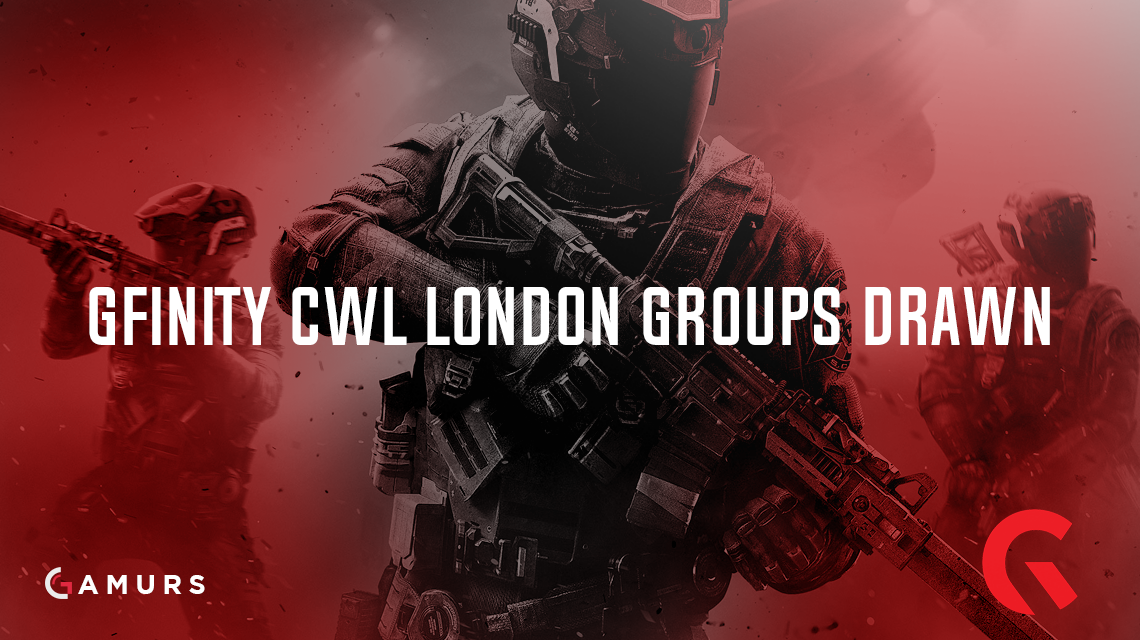 The group drawing for Gfinity’s first Call of Duty World League event of the year has concluded. 16 teams will battle against each other beginning Thursday in hopes of taking home CWL pro points and a large chunk of the $25,000 prize pool.

The teams were drawn and split into four groups of four with the top four seeds being locked in prior to the drawing. Those four teams that were already set as the top seed of their respective groups are Splyce, Team Elevate, Orbit Esports, and Team Infused. The groups are:

The competition between Europe’s finest will start on Thursday, Jan. 26, and as always, you will be able to keep up with all of the games here on GAMURS.com.

Now that you’ve seen the groups, who do you think will become Gfinity CWL London champions? Let us know in the comments below or on Twitter @GAMURScom.