OpTic will head home with a third-place finish. 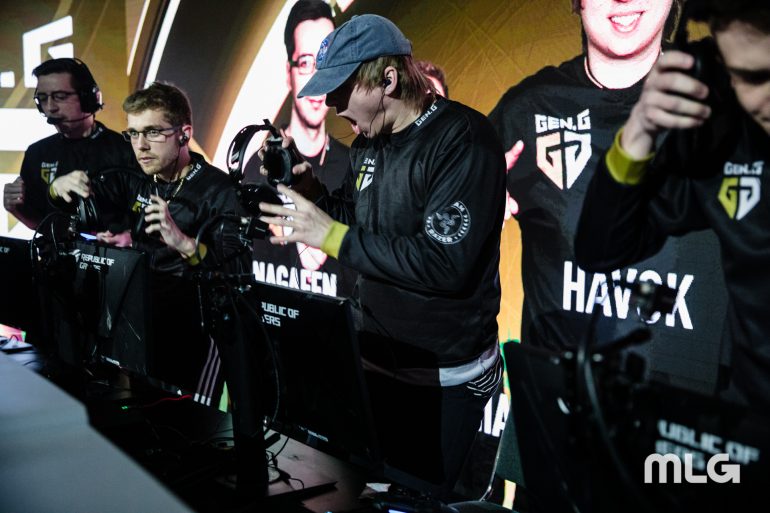 One of the most popular Call of Duty teams in the world has been eliminated from the latest major Black Ops 4 LAN event.

Coming off a 3-0 loss against 100 Thieves in the winners bracket finals, Gen.G dropped Frequency Hardpoint 250-130 to OpTic. But thanks to a dominant performance by Michael “MajorManiak” Szymaniak, Gen.G won Hacienda Search and Destroy 6-5 to tie up the series.

Despite losing Frequency Control to 100 Thieves right before this match, Gen.G played it against OpTic and won 3-1, taking a 2-1 series lead. OpTic refused to go down without a fight, though, winning Gridlock Hardpoint 250-243 to force a decisive game five.

Heading into the final map, OpTic were 8-0 on Frequency Search and Destroy since the start of CWL London. But Gen.G didn’t care about that statistic. They won game five 6-4 to secure the 3-2 series win and eliminate OpTic.

After winning CWL Las Vegas in December 2018, OpTic have failed to reach another grand finals in Black Ops 4. They’ve now come in third place at back-to-back events following their bronze medal performance at CWL London in May. OpTic will earn $50,000 as a team for this placing.

The CWL Anaheim grand finals between 100 Thieves and Gen.G is set to start soon on the official Call of Duty Twitch channel.