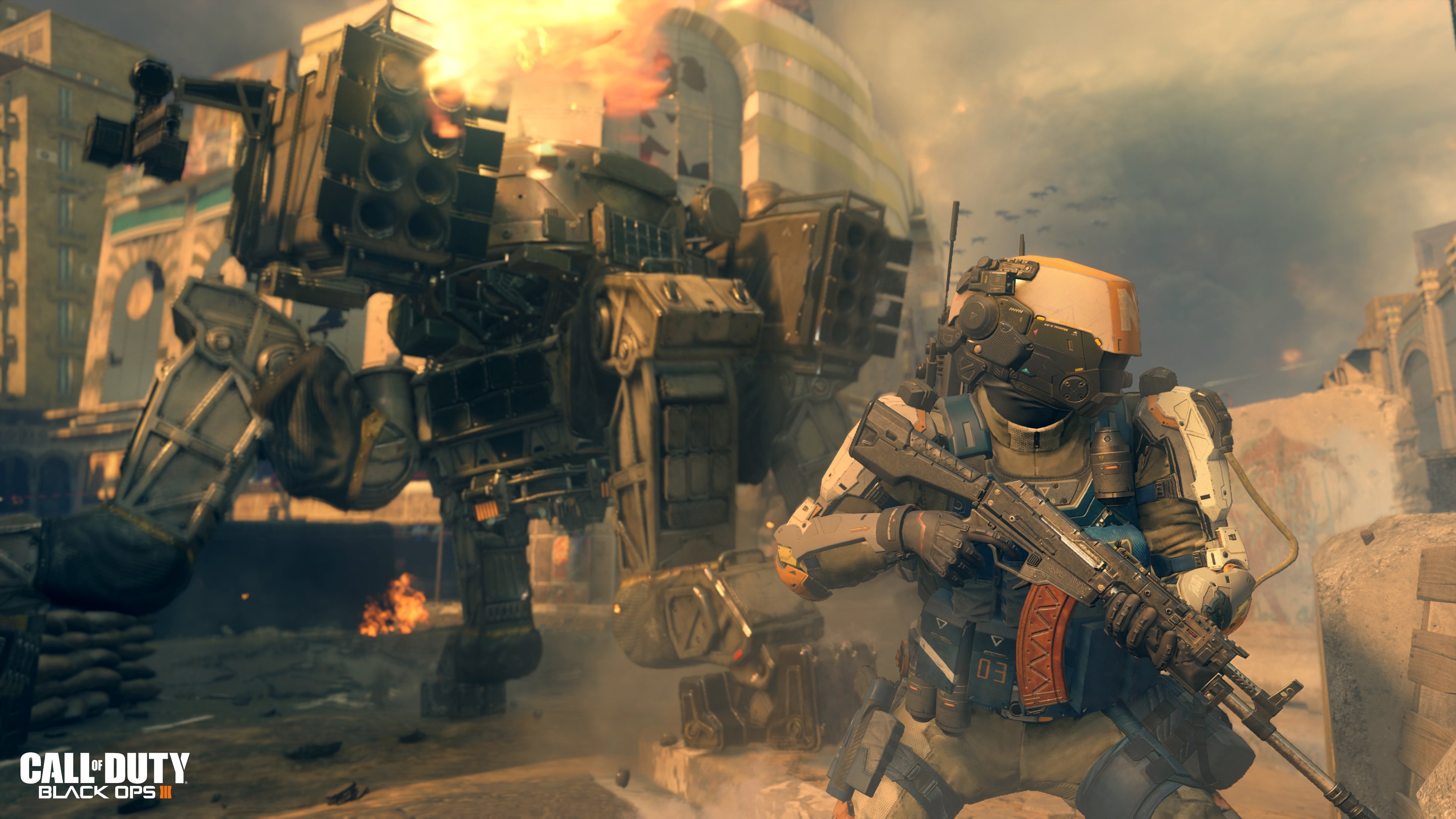 The end of Advanced Warfare is here, and we’re less than three weeks out from salvation. It’s been a long two years. We’ve been anticipating this game since Black Ops II ended and Ghosts came around. Our Lord and Bearded Savior David Vonderhaar- hallowed be his holy noscopes- is coming to help our little eSports scene ascend to greatness.

Honestly, I’m so excited that I could crap my pants right now. I’m only slightly joking.

I’ll probably spend release week playing multiplayer to the point of obsession on my friends’ Xbox Ones. I’ve got it all figured out, too. There are three people on my floor who I have good enough relationships with to have them let me play their consoles. One of them, Anthony, has a serious problem- he plays Xbox One Smite to the point that his grades are dropping harder than the panties of my lady friends. Joe and Colton are also Xbox One users, but they’re out and about quite a bit, and they’re getting behind on homework. It shouldn’t be too hard to switch off between their consoles in six-hour increments. I’ll do six hours on Anthony’s, six hours on Joe’s, six hours on Colton’s, and then six hours of sleep/homework- then rinse and repeat for the rest of the week. It should be a pretty great time. I’ll need to make sure to fit in some time for working out and eating healthy, but apart from that, release week will be a marathon.

I’m genuinely ready for this release…I haven’t done a gaming marathon of these proportions in ages. The most I did with Advanced Warfare or Ghosts were 36 hours in a two-day period- not that much, all things considered. Black Ops II, though…that game was marathon candy, thanks to League Play. Most people don’t know this unless you hang out with me on the CoDCompetitive subreddit, but between November of 2012 and November of 2013, I logged 73 days on Call of Duty Black Ops II multiplayer. I’m not talking “I played an hour a day for 73 days”, I’m saying that I logged just under 1,800 hours in multiplayer over that game’s lifecycle. When you throw Zombies and Singleplayer in there it went up to 104 days or roughly 2,500 hours. I didn’t keep track of it after November 2013 because I sold my console. I did so many marathons in that game. I can’t even compare it to anything because I’ve spent as much time playing that amazing game as I have doing just about anything else in my lifetime.

Black Ops II was godly. Ghosts sucked, but just because it was boring and lacked playability after about 120 hours of play.

Let’s talk about Advanced Warfare, though. Okay, sure, Advanced Warfare is about as palatable to most of us right now as freezing a drunk guy’s puke into popsicles and then eating it. Sure, I feel like if I have to watch another five minutes of this damn Titanfall-esque jumping around that we called eSports for this last year, I’m going to throw my MacBook Air out the damn window. That said, it wasn’t that bad. I didn’t particularly love the game, but it was refreshing compared to Ghosts. We could have gotten a lot worse from Sledgehammer Games and Activision. I believe that our scene could very well have collapsed if it hadn’t been for this game keeping us going one more year until we finally got developer support. If we had been given another Ghosts- that is to say, another milk-toast, run of the mill, basic-ass, bland-ass Modern Warfare 3 remake- I doubt we’d be even remotely close to what we are today, let alone getting millions of dollars in developer support this next year.

I could definitely have enjoyed the game a lot more if it hadn’t been such a terrible time getting footage for YouTube from the game for me. That’s not Sledgehammer Games’ fault. That’s mine, for having had a terrible setup. It kind of killed the in-game fun for me, though, when I had to remember to “Save Gameplay” every five minutes when I was playing, then render and export the clips to OneDrive, then download them, edit them on a crappy laptop using Windows Movie Maker, then upload them. It took me a total of three hours to make a cruddy three- minute video for YouTube with that game. Never in my life has the word “grind” been more appropriate. Still, I had fun playing it for the 240 hours I logged over this last year. I played with old friends and made new ones. I even managed to team up with some of my buddies from the subreddit. Still, this game couldn’t hold my attention for long; so when I needed rent money after I left Verizon Wireless in December, I didn’t feel too bad when I willingly sold my brand new Xbox One to ensure that I wouldn’t be evicted. I still continued to watch the game, though, and I still enjoyed spectating it until May. Truthfully, I stopped watching actively just before X-Games. Sure, I still tuned in, but usually only for an hour or two before turning it off and just checking the highlights after the tournament was over. It just couldn’t hold my attention anymore.

All this in mind- I don’t see why we are hating on Sledgehammer over this game. Yeah, we’re tired of it. Yeah, we want our beloved Vahn to deliver unto us a game fit for the CoD Gods AND WE DON’T WANT TO WAIT THREE MORE WEEKS FOR IT EITHER. Regardless of all of that, Michael Condrey still deserves our respect and thanks, as does the rest of Sledgehammer and Activision. This game delivered on what it promised. Was it the greatest game of all time? No, not even close. It didn’t even make my list of the top five Call of Duty titles. Did it innovate in Call of Duty? Yes, and the positive impact from this game will be felt for hopefully years to come. Did it save our eSports scene from a Ghosts-inflicted extinction? (You see what I did there right? The Ghosts pun? Extinction? No? Never mind.) Yes, absolutely. Do they deserve to be booed and harassed on social media? Absolutely not, regardless of how you felt about this game. So thank you Sledgehammer Games. I probably won’t be returning to play this title out of nostalgia, but you did a decent job with the cards you were dealt. Cheers.