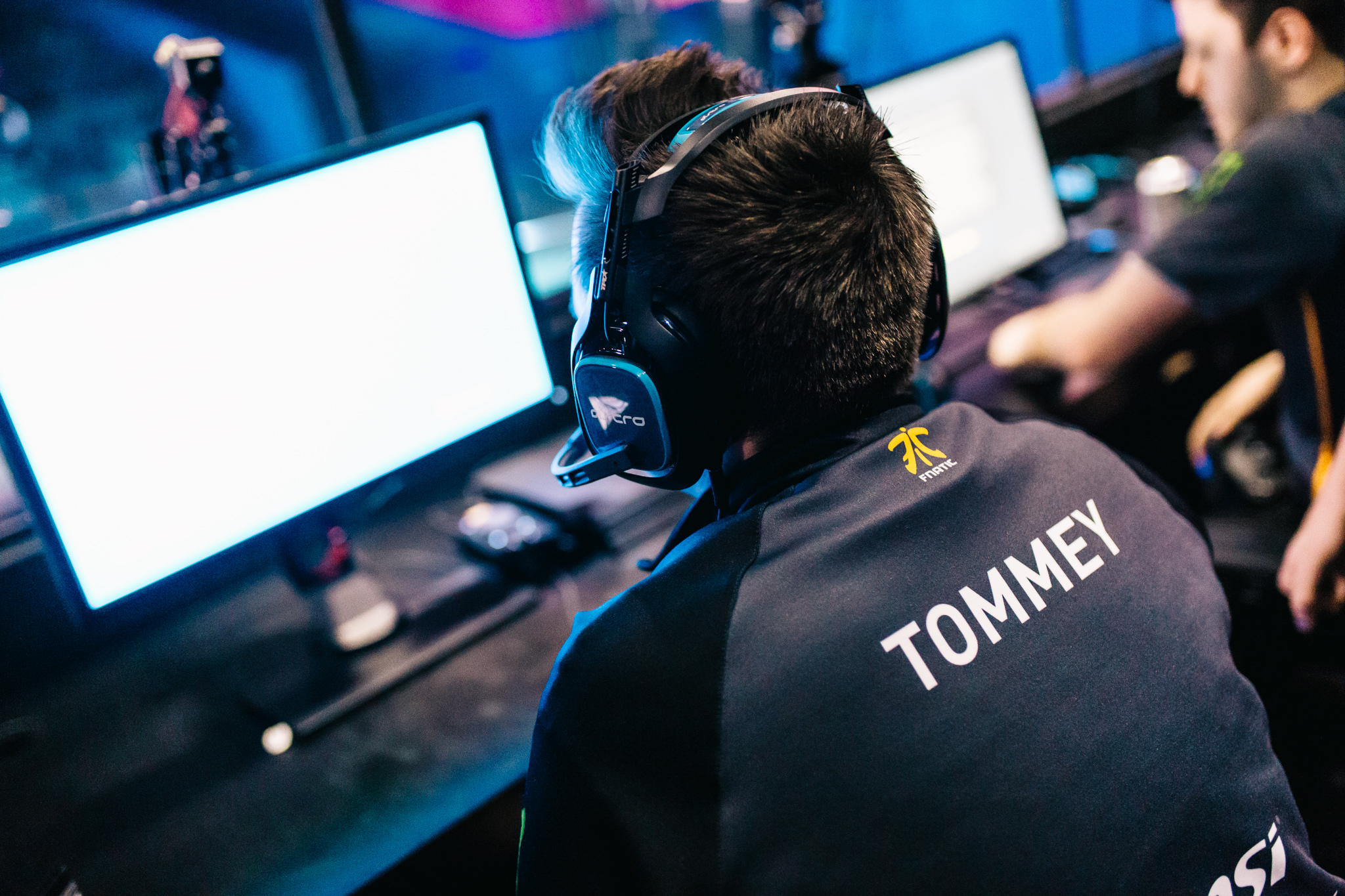 After Fnatic were relegated from the first season of the Call of Duty World League in April, few had faith in the European foursome. Thomas “Tommey” Trewren, the team’s captain, was one of those few.

Despite finishing fourth in Group Blue of the CWL Global Pro League last season, Tommey and his young European teammates remained focused on their goal of returning to CoD’s premier league and proving that they belonged. Fnatic returned to the CWL by the skin of their teeth, defeating Supreme Team (now Ghost Gaming) and Supremacy in the double-elimination relegation tournament.

With the first part of their goal accomplished, they turned their attention to their Group Red foes. Among them was Evil Geniuses, the team that handed Fnatic their final loss of Stage One. So it was fitting that Fnatic would be fighting against Evil Geniuses for the group’s final playoff spot last Sunday night.

The scenario was pretty simple. Evil Geniuses could only clinch a postseason berth if they finished off Fnatic in a sweep or in a 3-1 victory. All Fnatic had to do was win two maps to punch their tickets to the playoffs after being booted from the league just two months prior.

“We lost pretty much every Search and Destroy 6-5 on the first two days,” Tommey told Dot Esports. “It was just misplays.”

Losing their first three Search and Destroy games of the weekend all in the final round, Fnatic seemed to have a problem finishing off their opponents when it mattered. But that changed in round 11 on Retaliation in Fnatic’s playoff-dependent series against EG.

It looked like the game was slipping away from Fnatic, as Tommey and teammate Bradley “wuskin” Marshall faced a difficult situation against three EG players with just 30 seconds to go. Knowing it would be hard to bounce back in the next map after such a gut-wrenching loss, Tommey did all he could to keep his team’s chances alive. The veteran eliminated three enemies before being taken out by EG’s Colt “Havok” McLendon. Havok, one of the most highly-regarded Search and Destroy players in the community, faced wuskin with the game and the entire match’s momentum on the line.

But Tommey wasn’t worried for a second when he was watching wuskin in the one-versus-one situation.

“I had full confidence in him,” Tommey said. “We were in a two-versus-three, I killed two of them, and wuskin was in the one-versus-one, and I knew from my deathcam that Havok stayed behind the bomb. As soon as [wuskin] pulled out the NV4 and he saw he was behind there, I knew we won the round.”

Wuskin, with his fallen teammate’s NV4 assault rifle, decided to challenge Havok with 18 seconds remaining. Jumping just above the roof of the van that shielded him, the young slayer fired four bullets into Havok to win the round, game, and playoff spot.

Fnatic jumped from their chairs and celebrated with joy, while Evil Geniuses remained seated on the other side of the stage, dejected from their heartbreaking loss. The two teams finished out the series, which ended with an 11-7 Uplink victory for Fnatic.

After the win, Fnatic embraced each other, knowing that they had achieved what many thought they couldn’t or wouldn’t do. Call of Duty fans had come to expect European teams to fall short on the biggest stages. Stage One group play was no different, with Splyce becoming the sole team from the region to clinch a playoff berth.

Now with Fnatic becoming the first EU team to achieve the feat in Stage Two, Tommey believes his continental peers can follow suit.

“I think Splyce will make it out, Epsilon will make it out, and I think Red Reserve—it’s hard to say because they have a really tough pool,” Tommey said. “I think Elevate are the ones that are going to struggle a lot in their group, but apart from that, I think the other Europeans should make it.”

Although they achieved their goal of qualifying for the playoffs, Tommey instantly knew what his team needs to work on in the next three-and-a-half weeks before they return to Columbus, Ohio.

“[We need to] take more control when we’re actually in control of the game, like pushing more of the advantage in the lead rather than just being 50/50 when we seem to have a setup,” Tommey said.

This problem was evident throughout the weekend. Fnatic struggled to keep the pressure on their opponent when in the lead in seemingly all three gametypes. One of the best examples of this came on Saturday in their first match against Luminosity. Fnatic built up an enormous 143-point lead on Retaliation Hardpoint, but LG slowly clawed their way back into the game after being down 237-94. Fnatic was still able to take the map, but not before LG racked up 211 points.

Ideally, it’s situations like this that Tommey and Fnatic are hoping to fix in order to succeed in the playoffs later this month.

“We’re so up and down on this game, as a lot of teams are,” Tommey said. “It’s one of those things that if we play our game, maybe we could make a run like Splyce, but it’ll be very hard to do that. That’s the goal.”

Fnatic will be watching the next three weekends intently as the other 12 teams in the CWL Global Pro League battle for six remaining playoff spots. Fellow EU team Elevate is up next as they try to best FaZe Clan, Enigma6, and Ghost Gaming in Group Blue from July 7 to 9.

Tommey and Fnatic will be back in action on July 27, when they return to the United States to compete in the $500,000 Stage Two Playoffs.