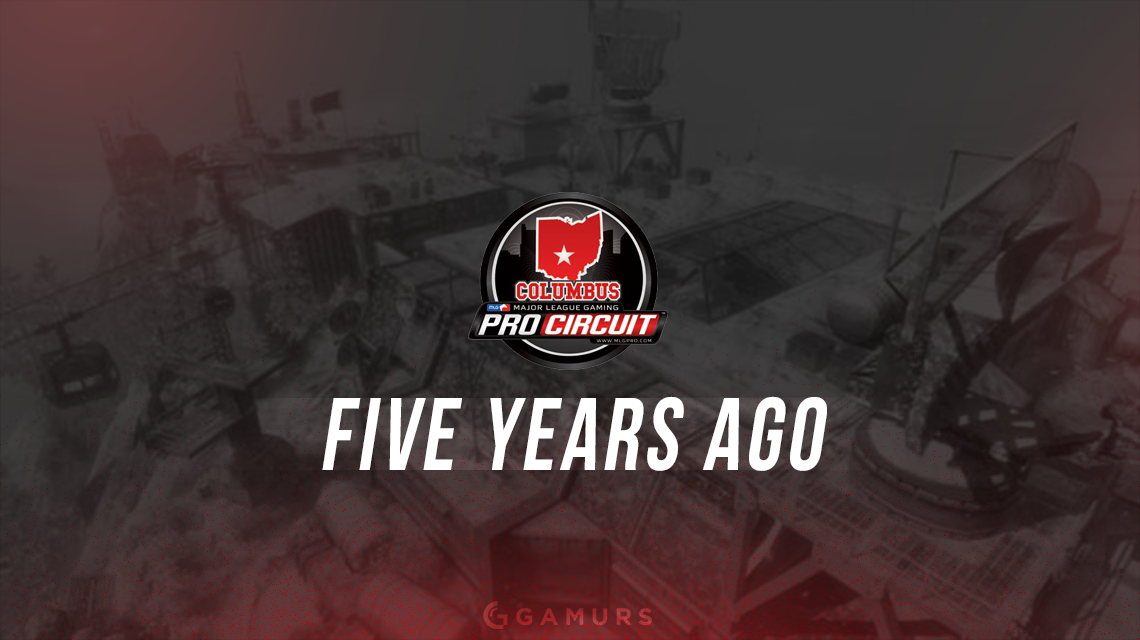 The year 2011 was extremely important to the development of Call of Duty as an esport. In April of 2011, Call of Duty®: Black Ops was officially added to the MLG Pro Circuit at MLG Dallas 2011. Fast forward two months from Dallas to June, when the second event of Black Ops was held at MLG Columbus 2011.

Unlike MLG Dallas, where all the teams were placed into one large open bracket, MLG Columbus implemented the Pool Play system, where the top-16 teams from Dallas were divided into four groups.

However, these four groups were set for 20 teams. With 16 of those teams being the best from MLG Dallas, that meant there were four spots available in pool play; one spot in each pool. Thus, there was still an open bracket for this event, where all of the other teams competed for these last four spots in group play.

Four teams clearly showed up to play this weekend and dominated open bracket play: Fate, Active Threat, YunGunz and Fly Society. With these four teams conquering the open bracket, all of the teams were set to begin pool play.

Something worth noting about the group play for this event is that unlike recent Call of Duty tournaments that use pool play, at MLG Columbus 2011, only one team would advance to the championship bracket, with the other four teams being sent to different rounds in the losers bracket depending on what place they finished in their group. This made it even more important for teams to show up and play their best during pool play.

Group A consisted of Quantic Leverage, IcoNs, NOX Uprising, Aim 4 Victory and YunGunz from the open bracket. As the reigning champions from MLG Dallas 2011 and arguably the best team in Black Ops, the Quantic Leverage roster comprised of Patrick “ACHES” Price, Tyler “TeePee” Polchow, Seth “Scump” Abner and Bob “Bobby” Hamwi picked up right where they left off, dominating everyone in their group to go 4-0. YunGunz came out of open bracket to go 3-1 in group play, finishing in second for Group A with their only loss coming against Leverage. IcoNs went 2-2, NOX Uprising went 1-3 and Aim 4 Victory went 0-4.

Group B was the only other group in the tournament to have a team go undefeated, as Team FeaR ran the table. The roster consisting of Joey “Moho” Morehouse, Robert “ASSASS1N” Walsh, Kenneth “Dedo” Dedo and Johnathon “John” Perez was able to go 4-0 to win their group. Also in Group B were Quantic Nex-TT-hreat, Twisted Method, CheckSix Resistance and Active Threat from the open bracket. Active Threat did not have as much luck as YunGunz did in Group A, as they went 0-4 in group play. Resistance continued their great play from Dallas, going 3-1 to finish second in Group B. Twisted Method went 2-2, while Nex-TT-hreat surprisingly began the tournament at 1-3 in group play.

OpTic Gaming, OpTic Nation, Team EnVyUs, MoTivaTioN and vVv Fly Society made up Group C, which was heavily regarded as the “group of death” for this event. Despite a third place finish at MLG Dallas, OpTic Gaming decided to make a roster change prior to this event, replacing Matthew “Nadeshot” Haag with Ray “Rambo” Lussier, who would be playing alongside Will “BigTymeR” Johnson, Jordan “JKap” Kaplan and Joe “MerK” DeLuca. Nadeshot went on to form OpTic Nation, a second team under the OpTic brand, and this became the first time in Call of Duty history that an organization brought a second team to an event. Competing on OpTic Nation with Nadeshot was Jordan “ProoFy” Cannon, “Felonies” and “Option.” In the first match played between the two OpTic teams, OpTic Gaming won a very close 3-2 series against OpTic Nation.

However, OpTic Gaming did not walk away at the top of this group, as everyone anticipated them to. OpTic Gaming, OpTic Nation and vVv Fly Society all tied with a 3-1 record in the group, but OpTic Nation would get the number one spot because of their 11-4 map record. MoTivaTioN finished with a record of 1-3 in group play and EnVyUs had a disappointing 0-4 performance.

Finally, Group D was much like Group C due to the fact that this group also came down to the wire. Team Obey, Force, Influence, EVO Legend Status and Fate all battled it out in this group, with Obey and Force ending group play at 3-1, while Influence and Legend Status went 2-2 and Fate went 0-4. In another surprise, the twelfth-seeded Force, with a roster made up of Ben “Domo” Shives, Emmanuel “Pikachu” Correia, Josh “Phobia” Weibe and Matthew “Mpaac” Ball, earned the top spot in Group D with their win percentage just slightly higher than Obey’s.

With the four winners established from pool play, the championship bracket was set to commence with Leverage taking on Force and OpTic Nation playing against FeaR. In a thrilling turn of events, the Black Ops kings Leverage were dethroned by Force, as Force took the series win 3-2, knocking Leverage down into the losers bracket. OpTic Nation was also sent down to the losers bracket after FeaR won their series 3-1. This set up the winners bracket finals matchup between Force and FeaR, and Force continued to impress everyone, defeating FeaR 3-1 and guaranteeing themselves a spot in the Grand Finals.

Force was simply on fire, just waiting to see which team from the losers bracket would be challenging them in the Grand Finals. The losers bracket was full of intense gameplay from start to finish, beginning with Team EnVyUs, who tried to make another great run through the losers bracket just like they did in Dallas. However, they ran into the Green Wall in Round 5, and OpTic Gaming eliminated EnVyUs with a 6-2 win in their continuation series.

OpTic Gaming dominated the losers bracket, following up their win over EnVyUs with a 3-1 win over Obey and a 3-0 win over Twisted Method, which set up a rematch with their sister team OpTic Nation in Round 6. This was another great series, but OpTic Gaming won the continuation series by a score of 6-3, advancing to the losers bracket finals.

On the other side of the bracket, IcoNs played exceptionally well, defeating Defying History, Resistance and Influence to set up a showdown with Quantic Leverage in Round 6. However, Leverage proved to be too strong as they took down IcoNs 6-3 in their continuation series.

This meant that for the second consecutive event, Leverage and OpTic would be facing off against one another in the losers bracket, this time in the semi-finals. However, this time, the result was not the same. The revamped OpTic Gaming roster was able to defeat Leverage 3-1, eliminating them from the tournament with a fourth place finish and $2,800 in cash earnings.

With their win over Leverage, OpTic now faced off against FeaR in the losers bracket finals. OpTic did not slow down there, defeating FeaR 3-1 to move on to the Grand Finals against Force. FeaR was eliminated from the event with a third place finish, taking home $4,000.

In the Grand Finals, Force and OpTic were set to face off, with Force needing to win three games before OpTic won six; because OpTic was coming from the losers bracket, they needed to beat Force in two best-of-three series in order to win the event. This is precisely what OpTic was able to do. OpTic came out firing on all cylinders, winning six consecutive maps to take the series 6-0 over Force and earn the title of MLG Columbus 2011 champions.

With their championship title, OpTic also walked away with the grand prize of $10,000. Force performed extremely well at Columbus and completely defied pre-event expectations as they came in second place and won $6,000.

The second event of 2011 was another success, as Call of Duty was still just beginning to gain more and more fans throughout the esports community. While MLG Columbus 2011 came to an end with the Green Wall hoisting the championship trophy, Call of Duty fans everywhere were equally excited about the next event of the season in late July: MLG Anaheim 2011.