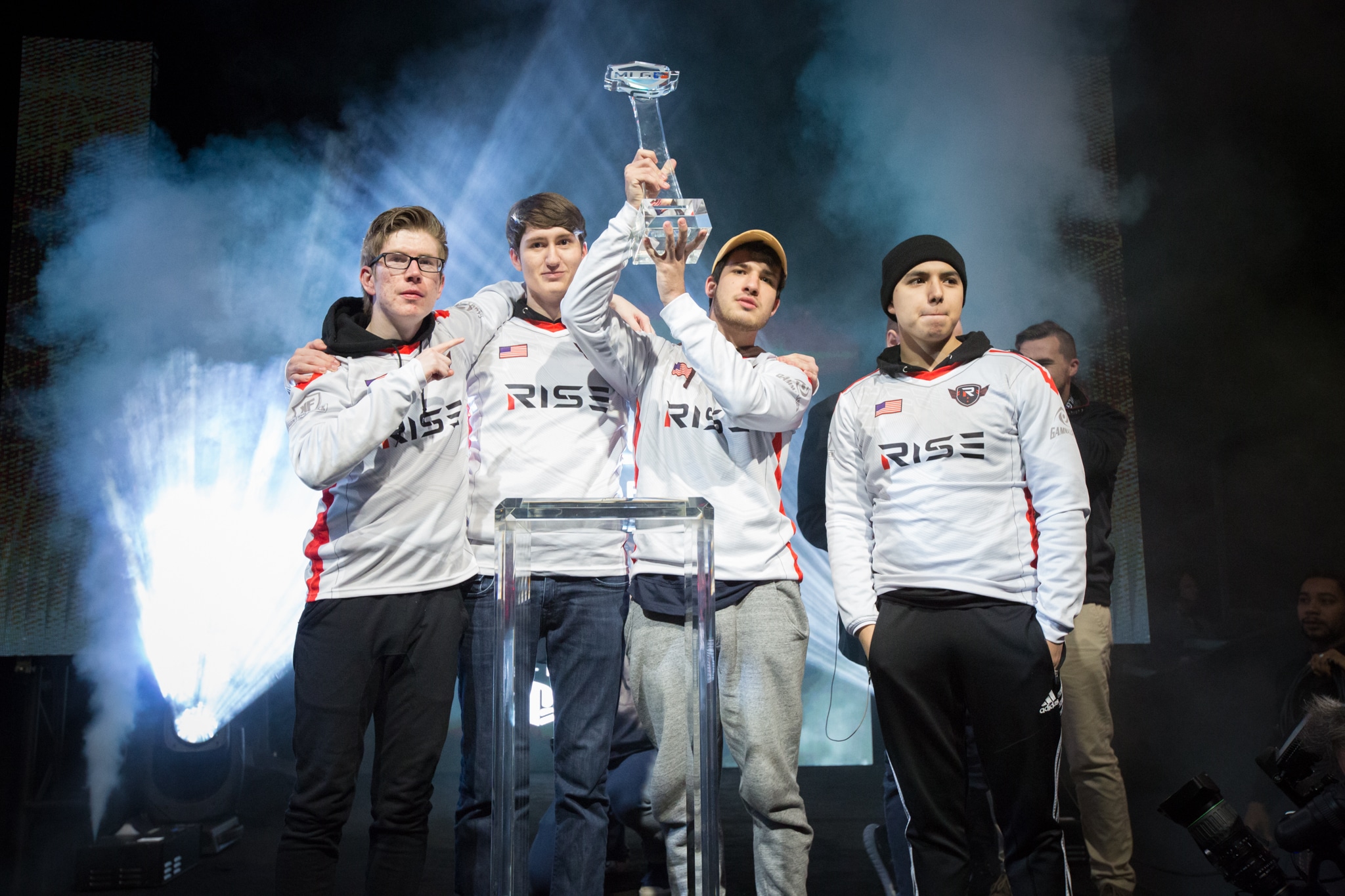 The CWL Vegas champions, Rise Nation, just concluded their pool play matches with a 2-2 record. As the number one overall seed at this event, Rise was seeded into the “Group of Death,” alongside FaZe Clan, Enigma6, Team Infused and Mindfreak.

Despite all of these tough matchups, the lineup consisting of Daniel “Loony” Loza, Ulysses “Aqua” Silva, Brice “Faccento” Faccento and Tyler “FeLonY” Johnson was able to salvage a 1-2 start on day one to secure their spot in the championship bracket. Rise lost 3-2 against Infused to start day one, then swept Enigma6 and ended the day with a 3-1 loss against FaZe. FeLo attributed his team’s struggles on the first day to their Search and Destroy gameplay.

“At Vegas, I think we lost two SnDs total, including pool play,” FeLo said. “Yesterday, we lost two SnDs right off the bat. So we knew right away that if we’re going to do well at this event, we need to make sure we’re playing together. Basically, we just want to improve our SnD, make sure it stays consistent for the rest of the event, and then we should be fine.”

Going into the second day of action, Rise knew they needed to win; and that’s exactly what they did. Rise was down 2-1 against Mindfreak, but bounced back to win the last two maps in order to take the 3-2 series victory. Facing a 4-1 score deficit in the game five Search and Destroy, FeLo said that Faccento played a key role in helping Rise complete the comeback.

“We obviously knew that they were about to get their specialists when they went up 4-1,” FeLo said. “Brice is our play-caller, and he made sure that we all stayed in the game, stayed composed and took it one round at a time until we got our own specialists.”

Rise’s victory over Mindfreak earned them the second seed coming out of Group A, so FeLo is definitely excited about their upcoming matchup against Luminosity Gaming in the first round of the championship bracket.

“Luminosity and us are good friends and always sit and talk online,” FeLo said. “Obviously, Loony and them have a little rivalry going on, so that motivates him. But every time we play LG, it usually comes down to the wire. It’s always a good match.”

After winning the championship in Vegas, the meta has significantly changed following the ban of the OSA and Synaptic (aka “Skinny Bot”) combat rig. Although several people believe that Rise was a stronger team in that meta, FeLo actually thinks that the removal of the OSA and Synaptic from competitive play helped his team improve.

“Brice was very good with the bot and OSA, but at the same time, we weren’t really all good with the OSA and didn’t really like it,” FeLo said. “It has it’s pros and cons, but without the bot, I feel like the game is a lot more consistent. I think that we honestly improved.”

Looking ahead to the rest of this event, FeLo definitely is looking forward to playing against OpTic Gaming, if the opportunity arises. But, there is a slight twist to this storyline, in terms of when he would like to face off against the Green Wall.

“I want to play OpTic, but I want to play them before winners finals or grand finals,” FeLo said. “I want to get a chance to knock them into losers prior to one of the final matches. But besides that, it doesn’t really matter to us [who we play].”

FeLo certainly sounds confident in his team’s ability to perform in the championship bracket; and rightfully so after their strong showing in Vegas. Now, Rise will set their sights on defending their championship with strong play throughout the rest of their matches in Atlanta.

Do you think that Rise will hold onto their title as the defending champions? Let us know by tweeting us @GAMURScom.