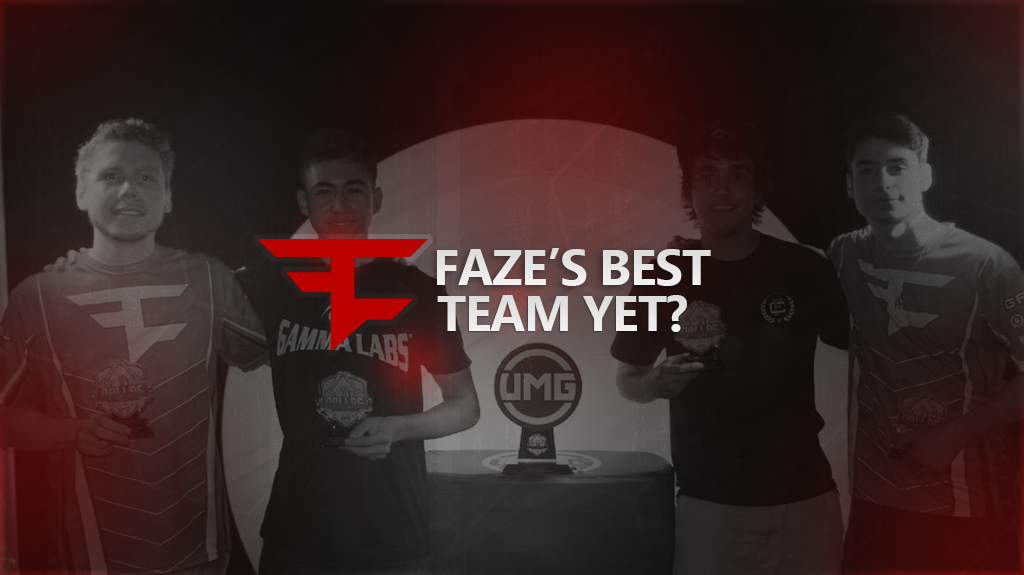 FaZe Clan’s current lineup has been playing outstandingly in the MLG Pro League after claiming the UMG Dallas 2015 title two weeks ago. Is this the best roster that they have fielded in competitive Call of Duty?

In the inaugural season of the MLG Pro League, FaZe finished fourth in the regular season and fourth at the Season 1 Playoffs, automatically giving them a berth into Season 2.

Conflict within the team led to another roster change, and the new lineup for FaZe for Season 2 consisted of Enable, Slasher, ZooMa, and Huke. FaZe placed second in the regular season as well as second in the Season 2 Playoffs.

Roster changes are just a part of the game now, but FaZe was looking strong. Nevertheless, they made some changes for Season 3.

“After X Games we (Huke, Slasher, Zooma, and myself) planned on sticking together, but some things happened behind the scenes that led Tommy and I to look for two,” said Ian “Enable” Wyatt, the longest tenured player on the current roster. “At that point it was clear to the both of us that the only other two players that we wanted to play with were Clayster and Attach.

With the addition of Clayster and Attach from Denial eSports, FaZe had taken their game to a new level.

They performed up to expectations and them some at UMG Dallas. FaZe went an incredible 8-0 (24-2 map count), not to mention holding off a furious losers bracket run from incumbent champion OpTic Gaming.

Clayster once again had a strong event, posting an overall 1.15 k/d while also setting the event record for kills (52 vs. Mutiny).

FaZe has continued their success after UMG Dallas as well. Despite the issues of players getting DDOSed, FaZe remains in the top quarter of the leaderboard of the MLG Pro League. Added on to the fact that the new FaZe lineup hasn’t lost a tournament, online or on LAN, together (Winning the most recent MLG 10K with a flawless record) and this could be their most dangerous team yet.

What has been the most important part of the success for this new FaZe lineup?

“Having fun,” said Enable. “To be honest having a good time when you are playing is such an important factor to success and with our current team we all get along really well. We can be very serious, but you can also catch us cracking jokes on one another and really keeping the vibes positive, which translates into all of us playing better and being more confident. It’s very hard to beat a team that has confidence, in an FPS any split second hesitation can be the difference between a win and a loss. I feel like our team can go head to head with any team, we have a unique team that works really well together. If we stay focused I can see us being a very tough team to beat in the future.”