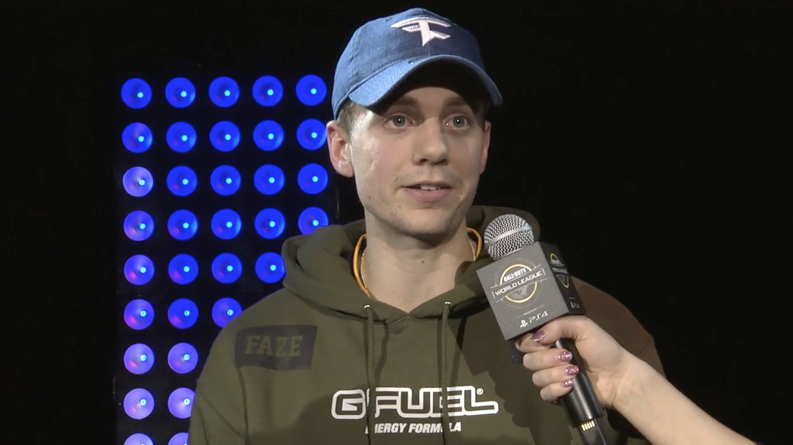 Even before FaZe Clan officially confirmed its new roster for Call of Duty: WWII on Nov. 2, many fans criticized the rumored combination of players.

What’s arguably the most remarkable thing about this accomplishment is that FaZe came through the open bracket. Heading into CWL Dallas, FaZe struggled in the online NA CWL 2K tournaments with four consecutive top 32 placings. These lackluster performances resulted in FaZe’s dearth of pro points, and meant they’d undoubtedly miss out on a spot in pool play at CWL Dallas.

But despite all the criticism, FaZe conquered one of the largest open brackets in Call of Duty history, and went on an impressive run to earn one of the highest placings ever for an open bracket team.

Here are just a few of the reasons why FaZe was so successful this weekend.

Usually, competitive Call of Duty teams stress the importance of Hardpoint and Search and Destroy, since those game modes are each played twice in a full-length best-of-five series. But FaZe saw the most success this weekend in the third game mode: Capture the Flag.

After making it through the open bracket, FaZe went 9-0 in CTF throughout pool play and the championship bracket.

As the third map in each series, going undefeated in CTF has numerous benefits. If FaZe held a 2-0 lead entering the CTF map, that means they would confidently end the series and sweep their opponents. But if they were tied or down heading into CTF, FaZe could use the game mode to swing momentum in their favor.

Every player on FaZe had at least a 1.17 kill/death ratio in CTF, and they had a very methodical and strategic approach to the game mode. Although we couldn’t hear their communication on-stream, it was apparent in FaZe’s gameplay that the team was well-practiced in CTF.

As the WWII season progresses, fans will be keeping an eye on FaZe in this game mode to see if they can continue their early success in CTF.

One of the biggest concerns that fans had with FaZe’s new roster heading into WWII was the supposed lack of a solid assault rifle player. Well, Replays seems to be filling that role just fine.

Replays led FaZe with a 1.18 overall K/D. He also had a 1.08 Hardpoint K/D, a 1.25 Search and Destroy K/D, and a 1.40 CTF K/D. Some fans thought Replays would enjoy a return to boots-on-the-ground gameplay, but many people probably weren’t expecting him to produce these kinds of numbers.

Not only were his stats impressive, but Replays most likely also had a vocal role on FaZe this weekend. Replays is an extremely smart player, and as a former coach and analyst for the organization, he knows what to look for in-game and how to lead a team. If he can continue to be a vocal leader while producing staggering statistics, FaZe will be a scary team this year.

This was a remarkable event for Replays—especially considering it was his second tournament since he came out of retirement in July. It seems like the former world champion is in prime form for the WWII season.

Even though Replays played extremely well this weekend, FaZe was not a one-man army. Everyone on FaZe contributed to this fourth-place finish.

Each player had a positive overall K/D ratio, but this goes beyond the stats. Just from watching FaZe play this weekend, you could tell that they worked well together.

In all of the different game modes, FaZe made smart decisions and executed several team pushes. It also seemed like they had many different strategies and setups on each map that relied on FaZe operating as a unit—for example, FaZe went 6-0 on London Docks Search and Destroy, most likely thanks to their offensive setups with the bomb planted and coordinated retakes on defense.

For a team that played a ton of matches in a short period of time, FaZe never really looked tired or uncomposed. They remained focused on their goal, and battled against adversity together to get a successful placing on LAN.

This was a collective effort from the entire FaZe team. For a roster that many fans had little faith in before this weekend, it seems clear that FaZe have proved any doubters wrong.

FaZe fans won’t have to wait long to see their favorite team back in action on LAN. Thanks to their placing at CWL Dallas, FaZe has qualified to participate in the Northern Arena Showdown this weekend.