Can 100T make a run in the losers bracket? 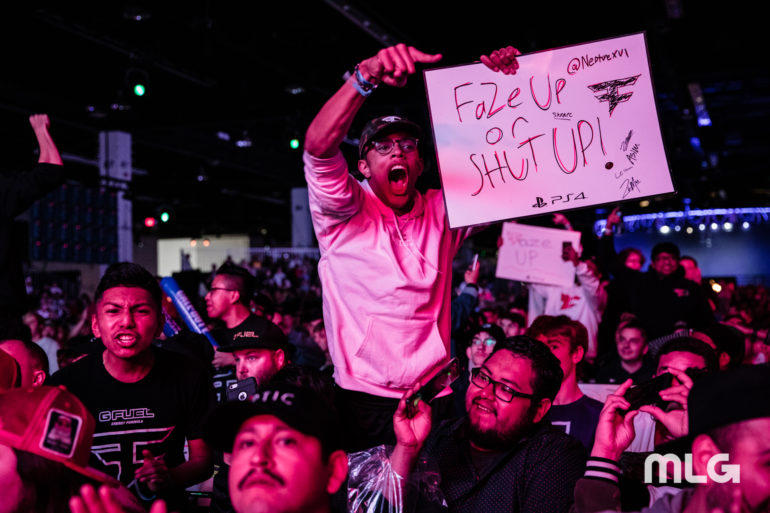 Despite entering this weekend’s CWL Finals as the undisputed top Call of Duty team in the world, 100 Thieves have suffered an early loss in the $1.25 million tournament.

Thanks to FaZe Clan, 100 Thieves will have to go through the losers bracket to secure their third consecutive event title. The two teams met in the winners bracket quarterfinals today, but the matchup didn’t go as most people expected.

FaZe edged out 100T in the opening game, Gridlock Hardpoint, but they took little time to increase their lead on Arsenal Search and Destroy. 100 Thieves, who would’ve been forced to reverse sweep to even stay in the winners bracket, couldn’t close out Gridlock Control after winning the first two rounds.

With a three-to-two life advantage on offense, 100T’s Kenny Williams peeked just a little too far. This caused his team’s life advantage to disappear. 100T went on to lose that round, as well as the subsequent two, giving FaZe the winners bracket semifinals spot.

In the Bravo station match, Gen.G imposed their will on Splyce in a four-game series win. The teams split the first two maps, which were both tight contests, but Gen.G seemed to push Splyce around in the next two maps.

A 3-0 Gridlock Control victory and 250-75 Gridlock Hardpoint win were enough for Gen.G to secure their spot in the winners bracket semifinals. The CWL Anaheim runners-up only losses in California came at the hands of 100 Thieves, so as long as Gen.G stay in the winners bracket, they may be able to reach the grand finals again.

Similarly to Gen.G’s beatdown of Splyce, eUnited quickly powered through Reciprocity in the quarterfinals.

Despite a little trouble in the Search and Destroy, eUnited seem to be back in top form. They dominated both the Hardpoint and Control maps, which allowed them to sweep the series and advance to the semifinals. There, they’ll take on Gen.G, who defeated them at CWL Anaheim.

As the top Division A team, OpTic Gaming were expected to be one of the contenders for the CWL Finals championship. But in their opening match of the event against Luminosity, their ex-teammate Matthew “FormaL” Piper played spoiler.

Luminosity fell behind by about 70 points early in the Hardpoint, but in one of the most bizarre comebacks in Call of Duty history, Luminosity went on a 246-15 point run to win and simply embarrass OpTic.

The subsequent Search and Destroy was once again a dominant showing by LG, which led into Gridlock Control, where OpTic would’ve had to win to see another Hardpoint. Unfortunately for the Green Wall, a failed last-round offensive push was the end of OpTic’s winners bracket run.

Now, OpTic will likely have to battle against 100 Thieves, who will certainly have something to prove.