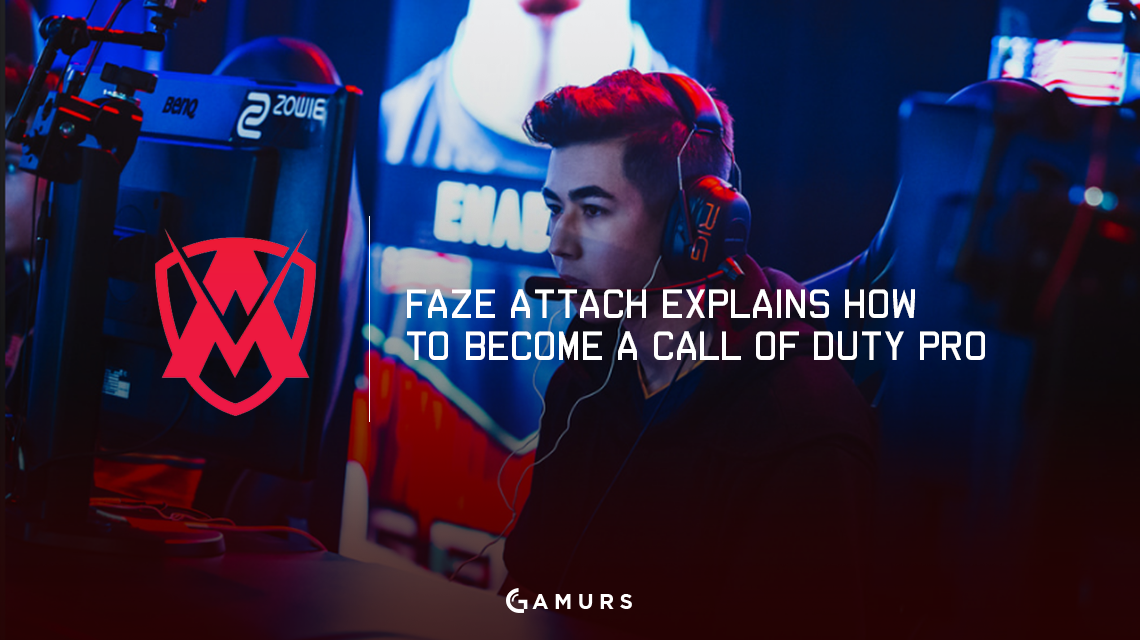 At least he is telling it like it is. What’s the magic recipe?

Crazy fast reaction time is extremely important in competitive gaming, especially in first-person shooters like Call of Duty. Attach says that working on increasing your reaction time is a great way to move up through the rest of the competition and be noticed.

Attach says to “make your weaknesses your strengths,” which is easier said than done, but it helps you become a more well rounded player. Since competitive Call of Duty is played across multiple gametypes and maps, it’s important to be decent at all of them and not just be known as a one-trick pony.

Having an ego is dangerous. If you think too highly of yourself, you are bound to fall hard. Attach says to listen to older players and to take constructive criticism.

You may never be the best. Not in anything. And if you are, it probably won’t last for long. You should always continue trying to learn from other players and can do this by watching streams and going into theater to watch matches you played in to see what went wrong (and what went right).

As Attach explains, communication is vital. You might be a good player, but without good communication, your team will suffer.

Attach says, “It’s better to grind six hours a day and get good practice in than it is to practice 15 hours and get no productive practice in.” Hard work pays off.

The unfortunate truth is that using the best equipment will help. Why is it unfortunate? Because it’s not cheap. Professional gamers use the best monitors, the best controllers, the best headsets, and the best internet.

This kind of goes into to the whole “don’t have an ego” thing, but more about overall attitude. Getting along with people is important. “You never know who’s watching,” says Attach. “Be nice to everyone.”