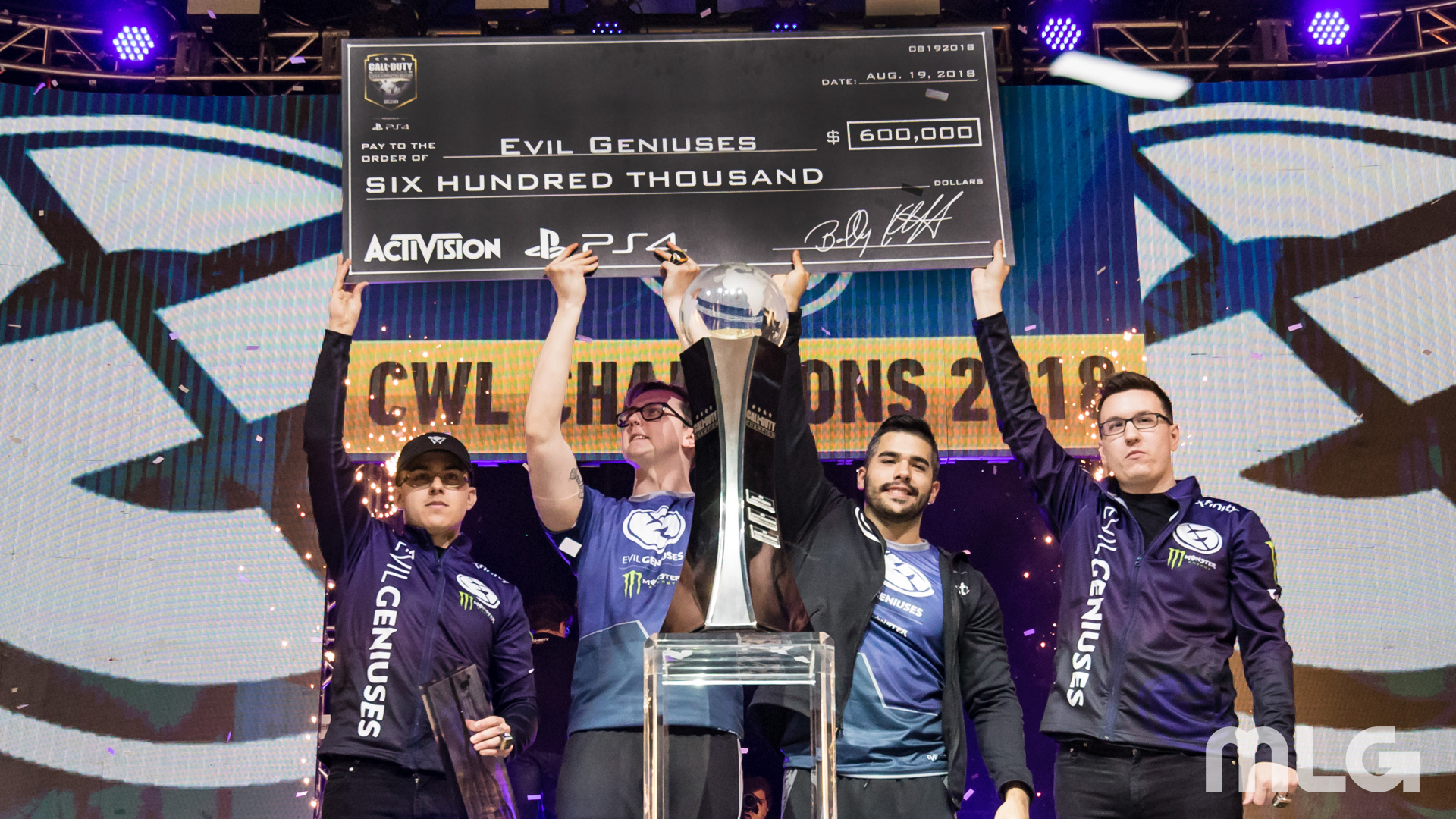 Evil Geniuses won’t compete in the 2020 Call of Duty season, the organization announced via its website.

Despite winning the 2018 CWL Championship and competing in the 2019 CWL Pro League, EG said it won’t be “bringing the EG name to the forthcoming CWL Pro League 2020 season, or competing under the banner of any of the city-based franchises.”

EG have struggled to break into the upper echelon of teams this year, despite placing top eight at the season-opening event and easily qualifying for the CWL Pro League. The team most recently finished in a tie for ninth at the CWL Finals this weekend, an event in which they failed to win a match after winning two in the play-in bracket.

The organization’s shining moment in Call of Duty came almost a year ago when its team won the $1.5 million CWL Championship. A team basically no one expected to win it all, EG defeated OpTic Gaming, Team Envy, and Team Kaliber to capture the world title.

In addition to its surprising 2018 CWL Champs victory, Evil Geniuses once fielded possibly the most dominant Call of Duty team of all time in 2014. The roster—Patrick “ACHES” Price, Ian “Crimsix” Porter, Damon “Karma” Barlow, and Tyler “TeePee” Polchow—was acquired from Complexity, where they established themselves as one of the best in the game’s history.

It appears that CWL Champs 2019 will be EG’s last event in the esport. And while EG is simply the first to announce it, fans should expect several more organizations to withdraw from Call of Duty esports as the new franchised season draws near.