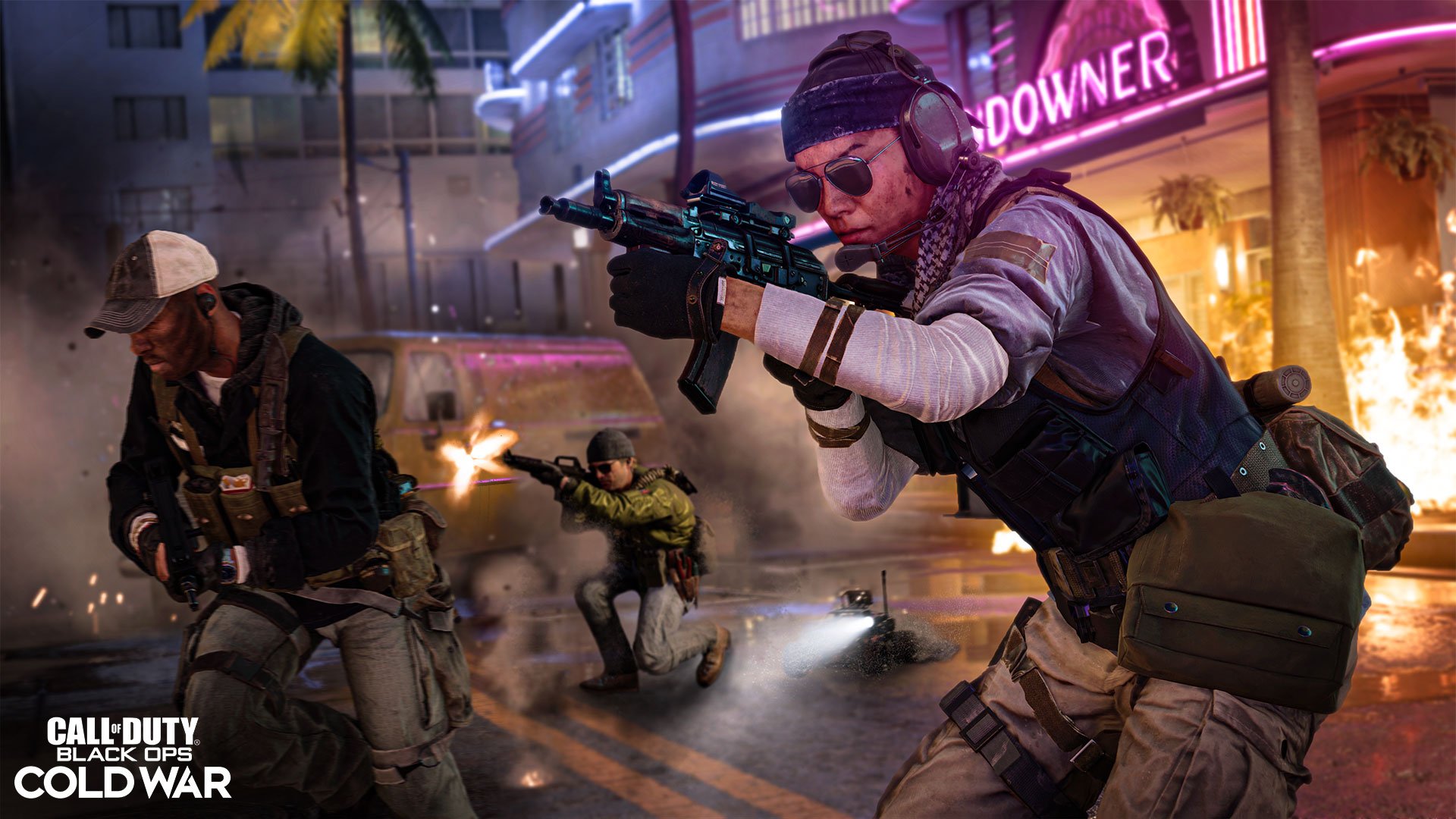 Activision and Treyarch pulled back the curtain on Call of Duty: Black Ops Cold War’s multiplayer today—and there’s a lot to be excited about.

There’s a ton of new information about multiplayer to digest after the reveal and even more will come out about the game once the beta begins on PS4 on Oct. 8.

The next generation of Call of Duty begins on Nov. 13 on PS4, PS4, Xbox One, Xbox Series X, and PC. Here’s everything we know about Black Ops Cold War multiplayer so far.

Black Ops Cold War is a boots on the ground CoD and it features automated healing, unlike Black Ops 4. The gameplay looks like a blend between classic Black Ops and 2019’s Modern Warfare.

The game features optional health bars above enemy players’ heads and the time-to-kill looks “pretty quick” so far, according to former pro and top streamer TeePee.

The confirmed maps so far are called Satellite, Crossroads, Miami, Armada, and Moscow. They come in a variety of sizes and types, including one that takes place on two big aircraft carriers with the ocean in the middle.

Fireteam is a new format of multiplayer that “emphasizes teamwork and rewards creativity.” Squads of four deploy into larger maps, pushing through objectives and modes.

The Fireteam Dirty Bomb mode has teams seeking out uranium, depositing and detonating them and then running through a toxic battlefield.

Here’s what Activision had to say about Fireteam:

“Fireteam is a new 40-player category of Black Ops Multiplayer with up to 10 teams of four, where the action is centered around not just the operators in the field, but also the environment they battle in. The first available Fireteam game type is called Dirty Bomb, which we’ll have more information on as we get closer to launch.”

VIP Escort is a six-vs-six objective-based mode where one player is selected as a VIP and must be escorted off of the map. The VIP is given a pistol, a smoke grenade, and a spy plane, but no create-a-class. There are two exfiltration sites and the game can be won by escaping, killing the VIP, or defeating the enemy team.

Combined Arms Domination is “a 12-vs-12 battle that combines infantry and vehicular gameplay, Combined Arms is a larger-scale mode where the action is tailed to the environment it takes place within.”

Control, Domination, Team Deathmatch, Hardpoint, Search and Destroy, Domination, and Kill Confirmed are all confirmed to be returning.

Create-a-class will feature only a primary, secondary, lethal, tactical, field upgrade, and perks in Black Ops Cold War. There is no more Pick-10 system. Wild Cards are back and they allow you to upgrade your loadout with features like loading up to eight attachments on a gun, double lethal/tactical, or three primary perks.

Gunsmith is back, featuring “more optics and attachments to unlock and configure than ever before.” There are 54 attachments across eight nodes on every gun, with six options per attachment. Weapons allow five attachments by default.

Scorestreaks are kept through death, but bonuses are given by staying alive. Each streak will go on a cooldown after it’s used to prevent spamming. The high-end scoresteaks will only be earned through “elite” gameplay, according to Activision.

Black Ops Cold War and Warzone will be cross-play, cross-progression, and cross-generational, meaning that players will be able to squad up across PS4, PS5, Xbox One, Xbox Series X, and PC.

This article is being updated with more information as it becomes available.