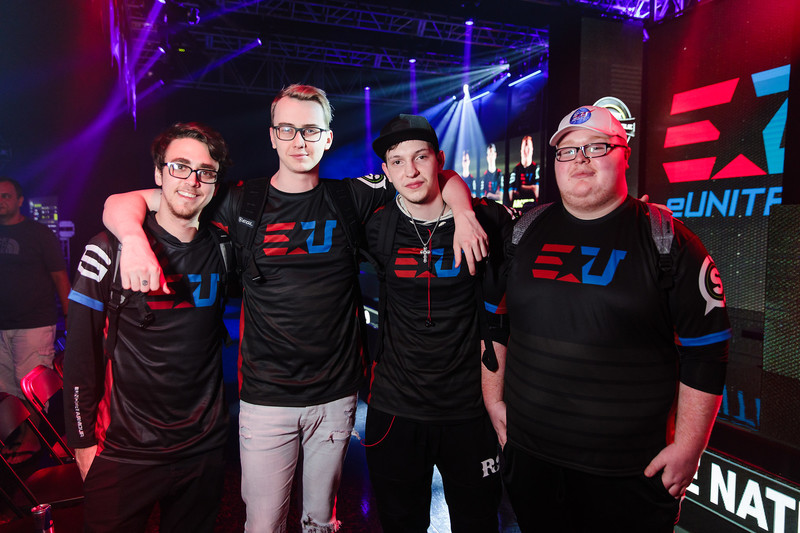 After over a month of speculation, eUnited has confirmed that it will keep its Call of Duty roster intact heading into WWII, the organization announced earlier today.

Alec “Arcitys” Sanderson, James “Clayster” Eubanks, Preston “Prestinni” Sanderson, and Justin “SiLLY” Fargo-Palmer finished the Infinite Warfare season as a unit and will team together for the return of boots-on-the-ground CoD.

Clayster was added to the roster before Stage Two of the Call of Duty World League Global Pro League in June through a trade with FaZe Clan that sent CWL Atlanta Open MVP Peirce “Gunless” Hillman from eUnited to FaZe.

With Clayster on the team, eUnited placed third in Stage Two of the GPL and top six at the $1.5 million Call of Duty World League Championship in August. Although those would be great results for most teams, the players and organization had much higher expectations for themselves, especially after sweeping eventual world champions OpTic Gaming in the Stage Two playoffs. But eUnited general manager and former CoD pro, Matthew “Burns” Potthoff, is still very confident in this roster.

“Most teams make hectic changes before new Call of Duty titles and long before this roster was created we had the intention of creating a consistent, committed roster to building a foundation for a championship title,” Potthoff said. “Though it didn’t come in IW, I know we will take multiple championships in the next game.”

The players have been enjoying their offseason by taking vacations, relaxing with family, and playing with their new dog—at least in Arcitys and Prestinni’s case—but they will be all business come November when WWII is released.