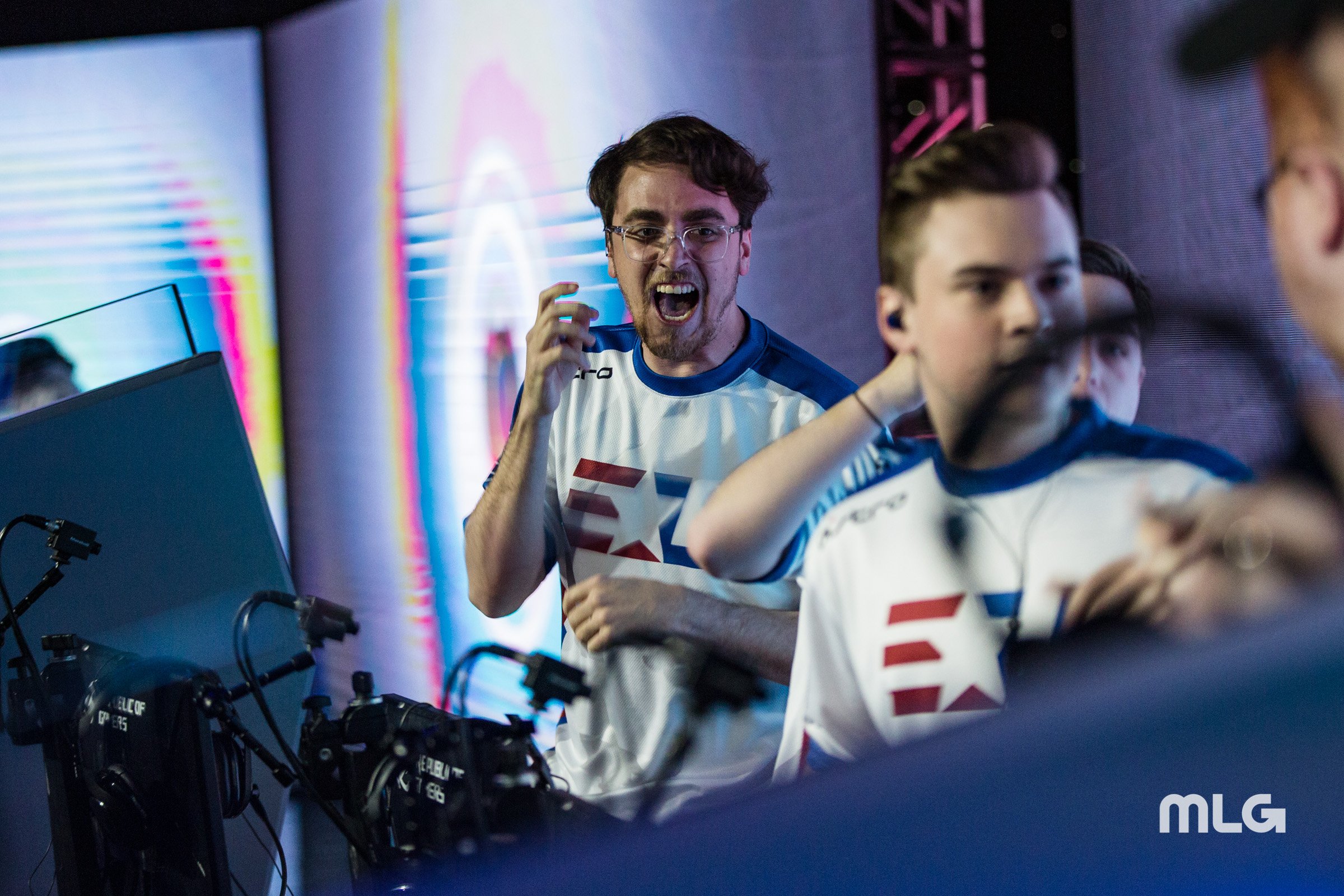 After two grand finals series (plus an extra map in series one), eUnited has finally won its second Call of Duty event championship in organization history.

With the lion’s share of $1.25 million at stake, eUnited defeated Gen.G in the second series of a nearly three-hour grand final. And while eUnited became the first winners bracket team in Black Ops 4 to lose the first grand final series, they were able to quash Gen.G’s gold rush in the second match.

This title win is eUnited’s first since the CWL Atlanta Open in February 2017—but the wait has been much longer for James “Clayster” Eubanks, their team captain. For Clayster, this championship was 1,400 days in the making. Excluding a win at the PlayStation Experience Invitational in December 2016, Clayster hadn’t tasted gold at a major event since the MLG Pro League Season Three Playoffs in September 2015.

The meaning behind the title was evident when Clayster embraced his teammates, jumped with joy, and wiped the tears from his eyes as he stared at the CWL Finals trophy.

“This means more than anything to me,” Clayster said in the post-series interview.

Clayster and his teammates can celebrate now, but things certainly didn’t come easily for eUnited. In fact, Gen.G swept the first grand final series, which included a now-unofficial opening map that was replayed after Gen.G won because of a late-game technical issue on the side of eUnited.

In the second series, the teams seemed to switch roles with one another. While Gen.G were the aggressors in the first match, eUnited took the early series lead in the second series with a dominant team performance on Seaside Hardpoint. A strong showing on Hacienda Search and Destroy gave eUnited a 2-0 lead heading into Frequency Control.

Frequency basically served as eUnited’s playground. They pushed Gen.G around the map seemingly at will, something no one was really able to do in Miami.

With the championship in the bag, eUnited will now turn their attention to the $2 million CWL Championship next month. Clayster has won the big tournament before, so now it’s all about whether he can do it again.