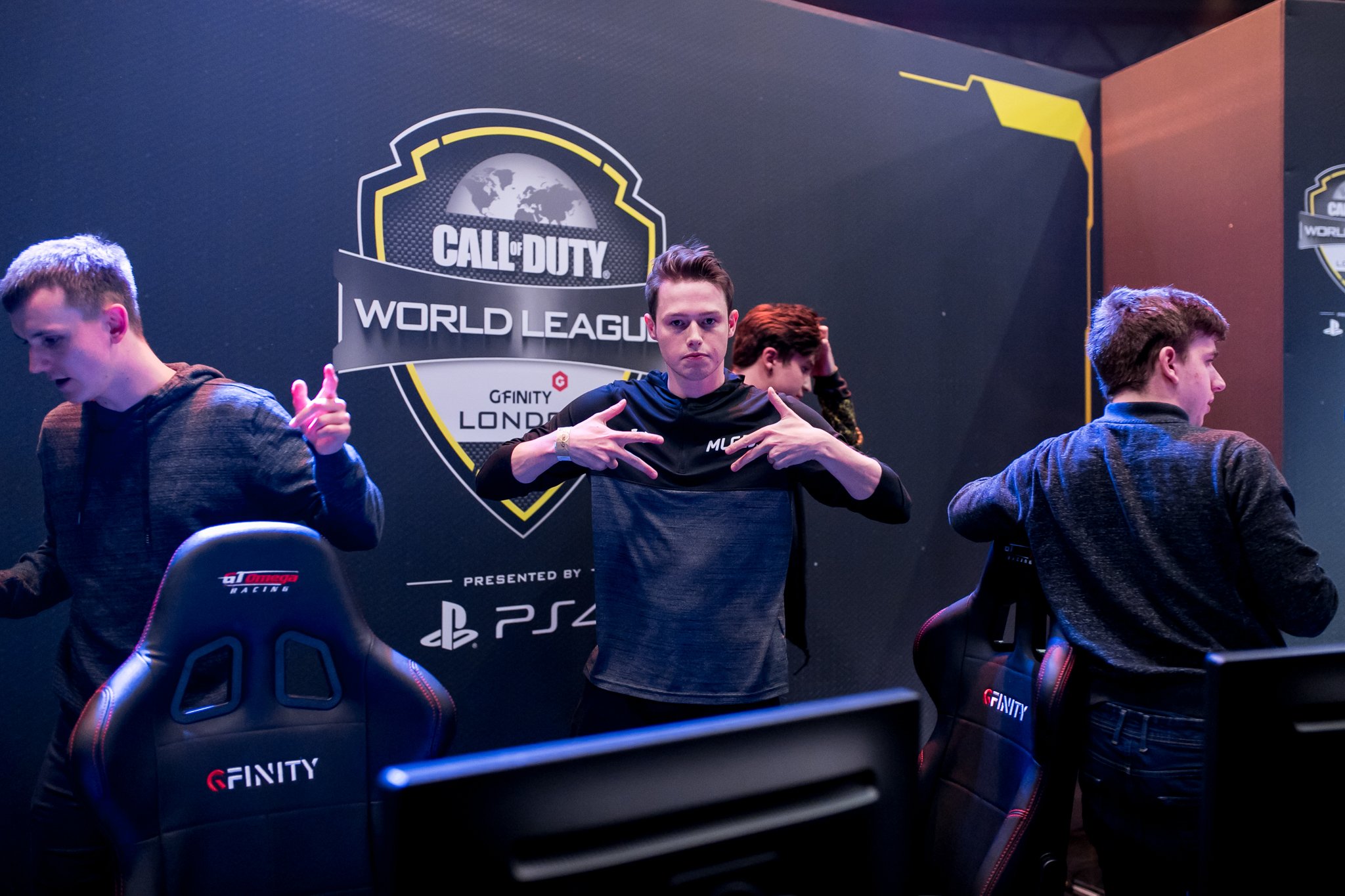 This is a part of a series of previews on some of the lesser-known teams competing at this week’s Call of Duty World League Championship. Earlier, we previewed the North American and Asia-Pacific regions as well.

European Call of Duty finally won a major international event this year, so can this be the year that the continent also claims a world championship?

The region’s 11 best teams will get their chance to take home a world title this week as they battle 21 other teams in the $1.5 million Call of Duty World League Championship in Orlando, Florida to crown the top IW team on the planet.

Most basically know what to expect out of the top five EU teams from the Global Pro League, but what about the teams that made it in through the EU Last Chance Qualifier?

ERa was also the final EU team to qualify for the $1.5 million event as the roster, as a part of Opulent Esports, defeated Aerox Esports in a five-game series to conclude the CWL EU Last Chance Qualifier. Aside from the LCQ, the team’s only other offline event was the CWL Sheffield Open, where they went 0-3 in pool play and ultimately finished top 12 after being swept by Supremacy.

With no international play this year as a team and one of the toughest groups in the tournament, it doesn’t look like eRa will crack the top 16 in Orlando.

Millenium’s roster was acquired from Team Infused in March in hopes of fielding a team that could compete with some of the best in the world.

Unfortunately, the team has failed to meet expectations since. In their first event under Millenium, the team finished outside the top 12 at the CWL Dallas Open and then was relegated out of the CWL Global Pro League in Stage One. After failing to qualify for Stage Two in the relegation tournament and finishing top 32 at CWL Anaheim in June, Millenium decided to make the first change to their roster in IW.

Releasing Nick Nolson and signing former Team 3G star Shea “QwiKeR” Sweeney ended up being the move and a decent one at that as Millenium breezed through the EU LCQ to qualify for the CWL Championship.

The biggest thing that the team will have to improve on from their time in Stage One is their Hardpoint game. With a 0-10 record in the game mode, Millenium was the worst professional team in the world.

As the only all-French team at the Call of Duty World League Championship, Supremacy might have a lot of pressure to perform well as the representative team of their country.

The current edition of the roster came together before the CWL Birmingham Open in April when Cédric “TonyJs” Ruault was brought in to complement Tommy “Eazy” Besse, Eddy “Malls” Maillard, and Brandon “Vortex” Gomes.

The core three did not have much success in NA open events before TonyJs arrival and they did not place any better once he was added, evident by the team’s top 40 finish at CWL Anaheim.

They did have this cool tweet from when they qualified for the CWL Championship though.

After being out of CoD for about four months, Infused returned to the space with an announcement of a new roster.

The new foursome included Nolson, one of the players that had left the organization when they were bought out by Millenium in March. Along with him, Alex “Alexx” Carpenter, Niall Sunderland, and Deleo “Zerg” Devitt joined Infused’s storied historical Call of Duty player pool.

Similarly to Millenium, the team pretty convincingly ran over the competition in the CWL EU LCQ in July. Although they will have a tough group with eUnited, Mindfreak, and Lethal Gaming, it’s not an impossible task for them to make it into the top 16.

After experimenting with a few players to find the perfect fourth player, the trio of Koen “Benji” Haakman, Aleski “GefKid” Viitala, and Emil “Yohanson” Johnsson decided on Laurens “Subsist” Schuurmans as the final piece of MRN Black’s roster.

Since forming, the team has played in three offline events. Their first was a tough top 32 finish at the CWL Anaheim Open, but the team followed up with a better performance at CWL Sheffield where they placed top 12. Their most recent event was the EU Last Chance Qualifier, a successful event as they secured their CWL Championship spot after two series wins.

The final European LCQ team at the Call of Duty World League Championship is Team Vitality, a team that has been seen a lot at the world title tournament in the past.

Though it’s the third straight year Vitality has fielded a team at the CWL Championship, each team has differed wildly from the previous one. The teams usually have been primarily French due to the Vitality headquarters lying within France, but this year we will see a predominantly British team (with a French player) representing Vitality.

The most popular player on the team, Shane “ShAnE” McKerral, will be competing in his sixth $1-million-plus event of his career. He is only one of three players in CoD history to do so, joined by James “Clayster” Eubanks of eUnited and Fnatic’s Thomas “Tommey” Trewren.

Many of the European teams at the CWL Championship will have a rough time in group play. Realistically, five of the 11 teams is probably the maximum that will make it through to the championship bracket. None of these are expected to be from the LCQ pool due to the way groups were drawn.

Although every team has a chance, eRa Eternity, MRN Black, Supremacy, and Vitality will have tough tasks to get past their groups. eRa faces FaZe, Red Reserve, and Team Allegiance in one of the toughest groups in the tournament. MRN Black has three extremely talented North American teams in their group. And Supremacy and Vitality are in the same group, paired with one of the world’s best in Luminosity and an always-dangerous Rise Nation.

If the EU LCQ teams want some representation in the championship bracket, it will probably come down to Millenium and Team Infused. Millenium has a tough group as well with Splyce, Ghost Gaming, and Team Kaliber opposing them, but their experience in the GPL and the leadership Mark “MarkyB” Bryceland brings could be just enough to sneak into the second seed slot. Infused has an easier group on paper as Lethal Gaming and Mindfreak are presumably their main competition for the second spot behind top-ranked eUnited.

After such a successful year of European Call of Duty, it would be a shame to see the region fail to put at least one of their LCQ teams into the championship bracket at the season’s final and most important event.