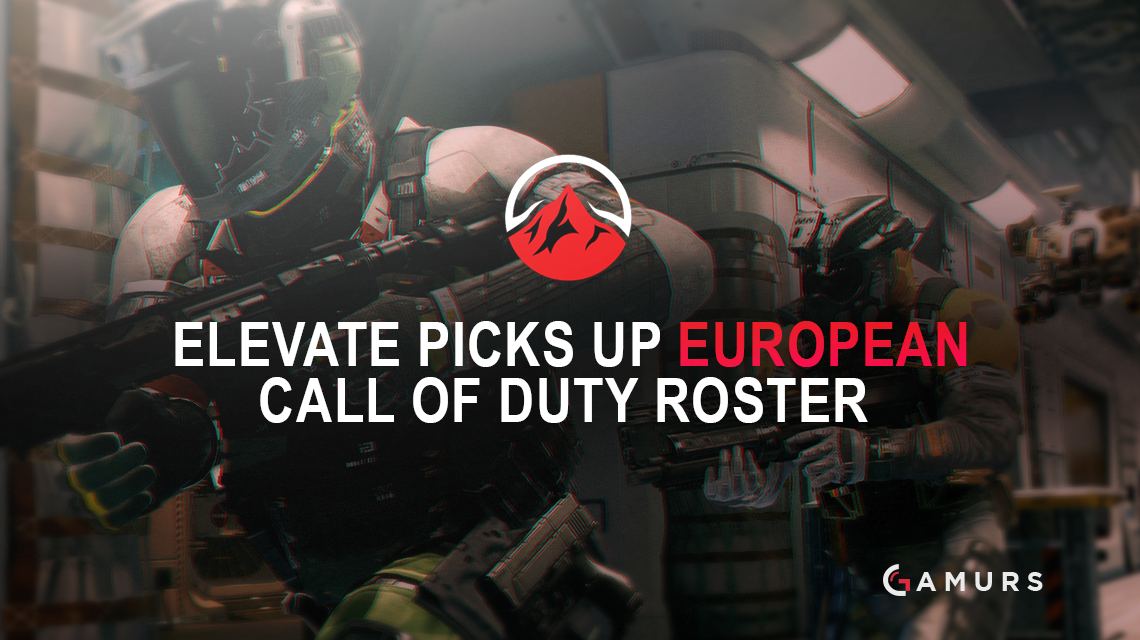 Team Elevate has announced their new roster for the upcoming season of Call of Duty: Infinite Warfare. The traditionally North American esports organization has decided to switch it up with the acquisition of a top European roster, consisting of Zach “Zed” Denyer, Josh “Watson” Watson, Sean “Seany” O’Connor, and Jordan “Reedy” Reed.

This is the first time that Elevate has fielded a European Call of Duty team since 2014. Many expected the organization to pick up one of the unsigned North American rosters, but Elevate warned fans several days ago that their new team would be “not what you expect”.

The signed players most recently represented HyperGames, but only Zed played for HyperGames during Black Ops III. All four players are from the United Kingdom.

Team Elevate told GAMURS, “We have found that the [Call of Duty] scene is increasingly international, European teams are meeting and sometimes exceeding the skill level of [North American] talent. [We] found a winner of a team in one that is both competitive and highly professional.”

Team Elevate most recently finished third at the 2016 Call of Duty World League Championship with a North American team consisting of Ulysses “Aqua” Silva, Brice “Faccento” Faccento, Tyler “FeLony” Johnson, and Jared “Nagafen” Harrell. The former three players left Elevate to join Rise Nation and Nagafen is still under contract with the organization, but he is soon expected to join Evil Geniuses.