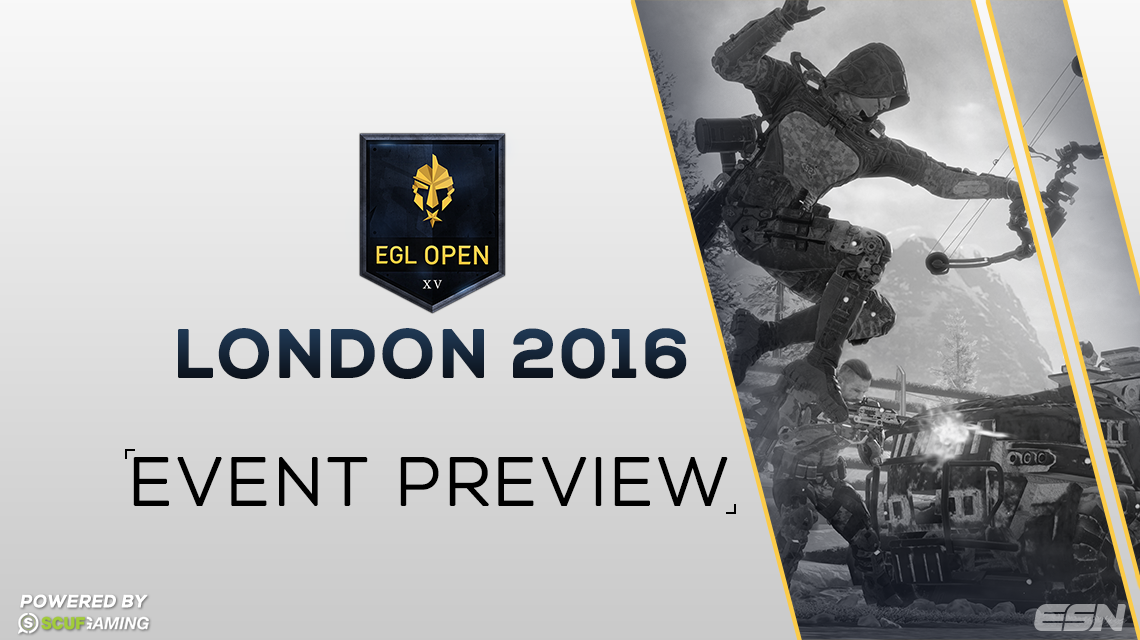 The European Gaming League (EGL) will be hosting the first offline Call of Duty World League Challenge Division tournament, EGL Open – London 2016 , during the PC Gamer Weekender event on March 5-6 in London. The top-tier teams from the European region will have their chance to compete for the shared prize pool of $25,000 and World League points.

EGL Open will be hosted at The Old Truman Brewery in London, UK. The venue is located within walking distance of multiple rail and tube stations in Central London. The gaming floor will be opened for competitors and spectators from 9:30 a.m. to 6:30 p.m. GMT this weekend.

The event will be featuring eight out of 10 CWL Pro Division teams, along with 24 qualified CWL Challenge Division teams. The teams attending are as follows:

The talent lineup for the EGL Open has also been announced, revealing four Call of Duty commentators and one interview host. Here is the broadcast team:

*Note: Team passes are no longer available for the Challenge Division spots. Spectator tickets for the event can be still be purchased on EGL’s Eventbrite page .

The EGL Open will kick-off with all 32 teams being positioned into pool play, which will consist of eight groups of four. Each group will include one Pro Division team and three Challenge Division teams. This bracket format is quite different in comparison to North America’s first LAN event, UMG South Carolina 2016 , which consisted of two brackets.

Pool play will conclude on Saturday, with the top-two teams from each group positioning themselves into a 16-team, single-elimination bracket for Sunday’s competition. The 16 remaining teams will be fighting for the first-place prize of $10,000 and championship title.

The shared prize pool consists of $25,000 in prize money. Here is the breakdown per team:

Here is the breakdown for the Call of Duty World League points:

The two-day event will showcase multiple matches of competitive Call of Duty®: Black Ops III . Make sure you tune in to watch the livestreams on EGL’s Twitch and YouTube outlets. No schedule has been released yet by EGL. We’ll be sure to update this article as soon as more information becomes available. Registration begins at 9:00 a.m. GMT.

*The tentative schedule will be provided by EGL in Greenwich Mean Time (GMT).

Will you be watching Europe’s first-ever offline event for CWL? Let us know in the comments. Follow our Twitter – @eSportsNation for live coverage on EGL Open – London 2016.