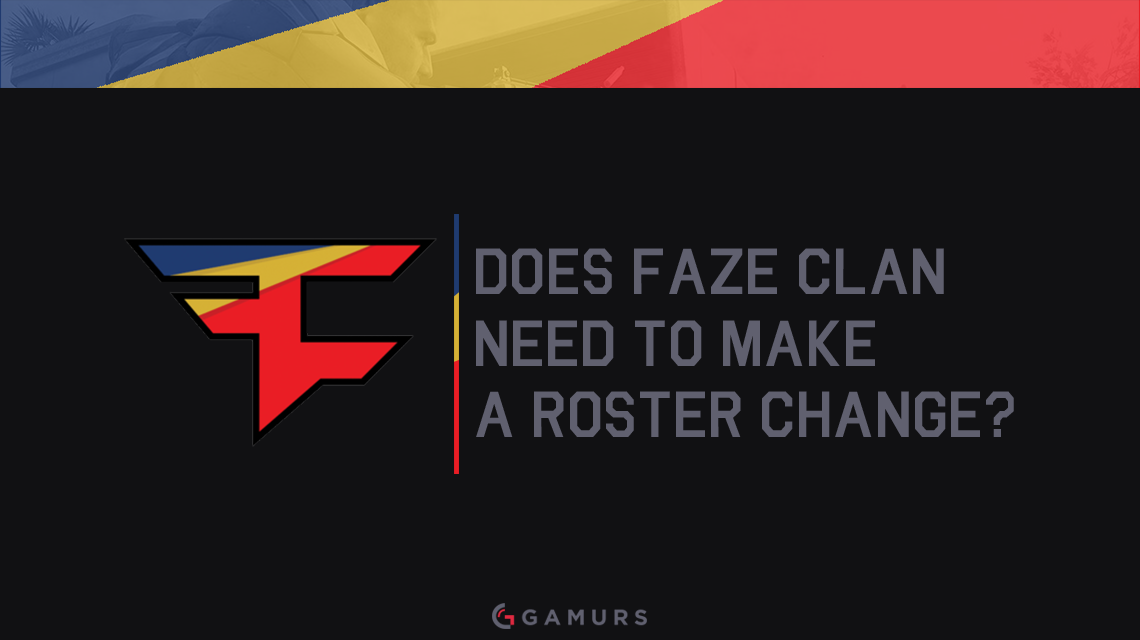 Before we dive into the actual context of this article, it is important to point out that rosters are locked for the 2016 Call of Duty XP tournament taking place on Sept. 1-4 in Los Angeles, California. With that in mind, this article will take a look at the performance of the FaZe Clan roster throughout this entire year of Call of Duty®: Black Ops III leading up to Call of Duty XP.

Following a second place finish at the 2015 MLG X Games for Call of Duty®: Advanced Warfare, FaZe Clan felt that some roster changes needed to be made. They decided to replace Austin “SlasheR” Liddicoat and Cuyler “Huke” Garland with James “Clayster” Eubanks and Dillon “Attach” Price. Clayster and Attach would join Tommy “ZooMaa” Paparratto and Ian “Enable” Wyatt to form the current FaZe roster that has now been together for just over one year.

While some fans criticized this roster move by FaZe, Clayster and company were able to silence the doubters by winning their first LAN together: UMG Dallas 2015. Not only did they win this event, but this newly-revamped FaZe only lost two maps the entire event (one map in pool play to Rise and one map in the winners bracket against iSolation Empire). On top of this, FaZe was even able to defeat OpTic Gaming in the Grand Finals with a shocking 3-0 sweep.

Despite all the backlash from their roster move, FaZe proved everyone wrong at Dallas, especially considering that they swept the best team in the game in the Grand Finals. FaZe continued their dominance with yet another championship, this time, winning overseas at the Gfinity Summer Championship. Once again, FaZe was able to defeat OpTic in the Grand Finals, but this time, it was much closer than Dallas, as it went all the way to game seven before FaZe earned the 4-3 series win.

Despite a disappointing top-eight finish at UMG Washington D.C. 2015, FaZe bounced back to win the MLG Pro League Season 3 playoffs. What is even more impressive about this victory is that FaZe was sent down to the losers bracket and defeated OpTic in two best-of-seven series to win this title.

While they may have ended Advanced Warfare on a less-than-positive note with a top-six finish at the MLG World Finals 2015, FaZe proved that they were one of the tops teams going into Black Ops III. They also proved to be OpTic’s kryptonite, since all three of their tournament victories came as a result of defeating OpTic in the Grand Finals.

Going into Black Ops III, expectations were certainly high for this FaZe roster. However, FaZe did not start Black Ops III the same way they ended Advanced Warfare. The team placed top-eight at the Totino’s Invitational, followed by another top-eight finish at UMG South Carolina 2016.

Time to do it again today. We’re trying to make y’all proud in a few weeks. #FaZeUp

FaZe was able to finish the inaugural regular season of the Call of Duty World League in third place, and they placed top-four at the CWL Stage One playoffs, getting 4-0 swept by Rise Nation.

There are several organizations out there who would be very happy with these placings. However, I don’t think FaZe, or the competitive-spirited players on this team, are willing to accept these placings, or the fact that they have yet to place top-two in Black Ops III.

Regardless, the subject on hand is “does FaZe Clan need to make a roster change?” The simple answer is no. But, I do believe that a disappointing finish at Call of Duty XP could force the FaZe organization to at least consider the thought. On the other hand, a great placing at Call of Duty XP will almost certainly guarantee that these four players remain on FaZe for the rest of the year.

When you look at this roster, there really isn’t one aspect of the team that sticks out as a weakness. Attach and ZooMaa are great submachine gun players, while Clayster and Enable are both very reliable with an assault rifle. In the respawns, they certainly should not be slacking in the slaying department. For Search and Destroy, Clayster is one of the smartest players in Call of Duty history, and his strategic mind is definitely a weapon in itself for this game mode.

FaZe clearly is one of the best teams in North America; although they have not made it to a Grand Finals yet, they also have not placed outside of top-eight either. Also, this FaZe team has two (three if you count coach James “Replays” Crowder) of the members who won the 2015 Call of Duty Championship, as Clayster and Attach both played for Denial at that time. This, on top of this roster’s history in Call of Duty, proves that they know how to win. This is a team of champions, and if they put their mind to it, I don’t think it’s unreasonable to predict that Clayster and Attach could be hoisting the trophy for a second consecutive year.

But, this is just one side of the story. What happens if this team falls short at Call of Duty XP? I would be shocked to see this roster split up, but with all of the “rostermania” that has happened throughout Call of Duty history, I’ve learned to expect the unexpected.

This article should simply be seen as a wake-up call, or a call to action for the players on FaZe. I personally don’t think that FaZe needs to make a roster change, but only time will tell. One thing is certain though: a tournament victory on Sept. 4 would ensure that this roster stays together for a long time to come.

Do you think that FaZe needs to make a roster change or do you think that their current roster still has the potential to win a championship? Let us know by commenting below or tweeting us @GAMURScom.