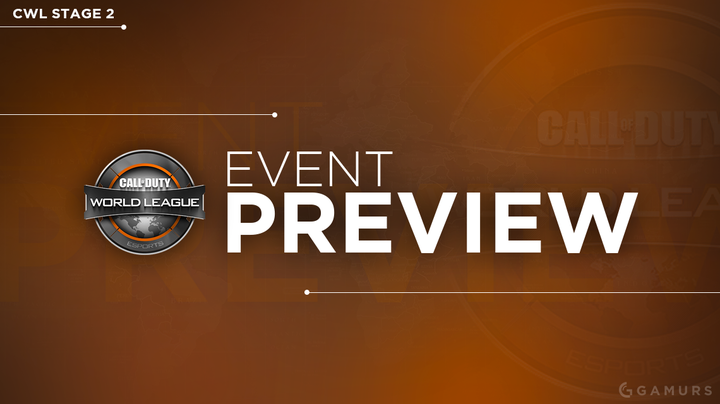 As Stage Two comes to a close this weekend, we have written up a preview of all the teams from all three regions in the Call of Duty World League. The Stage Two playoffs will take place in Burbank, California from July 14-17.

The top eight teams from North America, top six from Europe and top four from Australia/New Zealand will compete within their respective region for the Stage Two crown and the biggest slice of a monetary prize.

There will be four matches a day, plus an All-Star match on July 16 featuring the top voted player from each EU and NA team in the playoffs (ANZ will not be featured so they are allowed adequate time to warm-up for their Grand Finals match).

With all the base information out there, here is your preview for the CWL Stage Two playoffs.

For Orbit, this event should be an easy win except potentially matching up against Mindfreak. Orbit has placed second at many events and placed top-six at the Crown Melbourne Invitational. However, given how Orbit’s recent success has been in the CWL, do not be surprised if they win it all.

For Millenium, this is all about playing to their potential. They have some of the best players EU has ever seen, but faltering throughout the regular season is not very hopeful if Millenium wants to continue their hold over EU.

For Supremacy, this is about trying to hang with the best of EU. Supremacy may not have a place with the top dogs, but that is okay. Making it to the playoffs is a big deal and Supremacy could potentially take a game or even a series win off of Splyce.

For EnVyUs, this is about making the push to win an event. EnVyUs has not won an event since Advanced Warfare, and that was only one event won throughout the entire lifespan of the game. The team simply does not win events, but this is an opportunity to change that.

OpTic Gaming – love ‘em or hate ‘em, you cannot deny them as the best CoD team in the world currently, and maybe even better than the compLexity/Evil Geniuses era of CoD. Why are they not the first seed then? Well, they were forced the forfeit four of the six losses due to various reasons. To many fans and players, they are actually 20-2. But, repping a 1.06 K/D overall, the team does not necessarily outslay every team in every game; they outplay and outsmart every team in every game.

For OpTic, this is all about staying on the track of dominance. It is no fluke that teams either want to beat OpTic, to be the next OpTic. They are dominant and smart, and they win. This is about doing just that.

For Rise, this is about not losing their streak of competition with OpTic. Rise has not looked very promising online since the beginning of Stage Two, but this is LAN, and frankly, Rise is a monster on LAN.

For Cloud9, this about making a name for the team and organization in CoD. Each of these players have had rocky times in CoD, despite being strong individual players. They put together a nice run at MLG Anaheim, placing top-eight, but they could put something bigger together here.

For Dream Team, this is about finding success as a team. Since qualifying for Stage Two, the team has looked a inconsistent, but they have shown a lot of potential to hang with the best NA. If they can show up here, they can easily make waves in the community.

For Luminosity, this is about trying to press into the top teams of NA. They are heralded as a mid-tier team, but they could change that name if they do well at playoffs.

What are your thoughts on the Stage Two Playoffs? What teams do you think will win it all? What upsets will happen? Let us know in the comments below or on our Twitter – @GAMURScom.