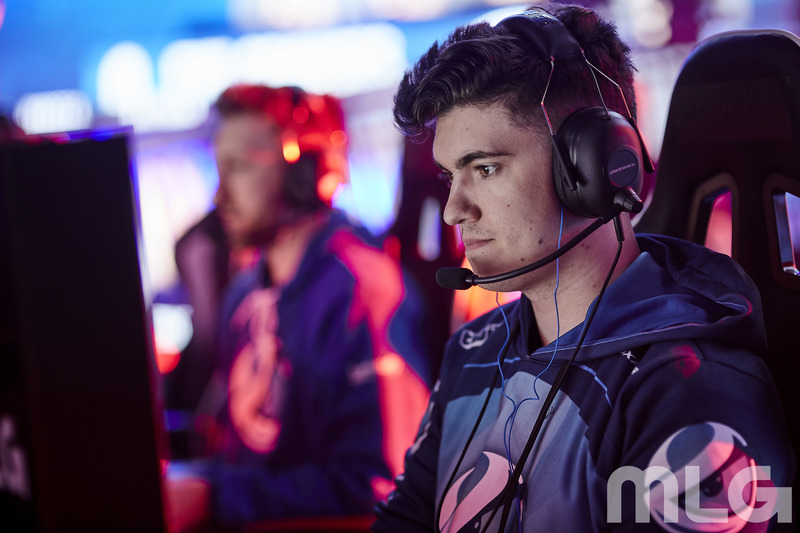 Division B play began earlier today, and there have already been a ton of extremely close matches in this group.

Luminosity—Josiah “Slacked” Berry, Sam “Octane” Larew, Jordan “JKap” Kaplan, and Johnathan “John” Perez—came out of the gates firing on all cylinders as they start 2-0 in Division B. After defeating UNILAD 3-1 in their first series of the night, Luminosity swept Evil Geniuses to end Tuesday’s action.

Slacked and crew opened the series with a dominant 250-83 victory on London Docks Hardpoint. Evil Geniuses tried to mount a comeback on Ardennes Forest Search and Destroy, but JKap’s 11-kill performance led Luminosity to a 6-5 map win. With a 2-0 series advantage, Luminosity punched in a last-minute cap on Ardennes Forest Capture the Flag to secure the sweep of Evil Geniuses.

In the other matches on Tuesday, Team Envy stunned a lot of fans with an impressive 3-1 win over FaZe Clan. Evil Geniuses, on the other hand, played a back-and-forth series against Epsilon Esports, but they beat the Europeans 3-2 in an intense game five, round 11 showdown on London Docks.

Despite using Tyler “FeLo” Johnson as a substitute for Jordan “Jurd” Crowley, Splyce still forced a game five against eUnited. But James “Clayster” Eubanks dominated USS Texas Search and Destroy with his sniper, as eUnited took the 3-2 series win.

Here are the current standings in Division B of the CWL Pro League (each team’s series record is followed by their map count in parentheses).

Stage One of the CWL Pro League will continue on Wednesday, Feb. 7 when Splyce face off against UNILAD at 4pm ET.