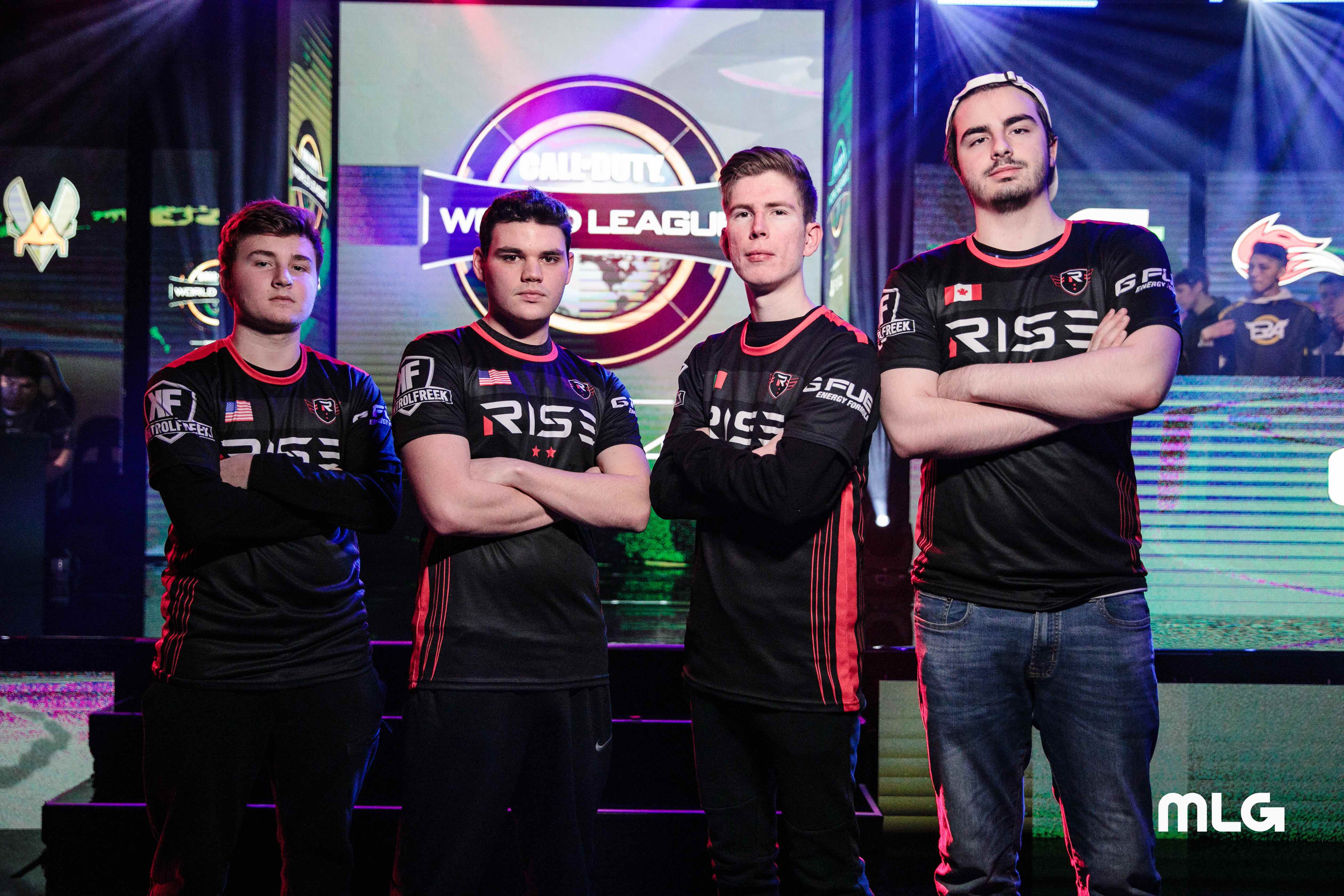 Rise Nation continued their strong play this week as they improved to 9-1 in Stage One of the Call of Duty World League Pro League.

After sweeping Mindfreak in their first match of the day, Rise Nation faced off against Red Reserve in Wednesday’s main event.

The series kicked off with an extremely close Valkyrie Hardpoint. Daniel “Loony” Loza led the charge at 34/25, while Peirce “Gunless” Hillman contributed 31 kills as Rise beat the Europeans 250-227. But Red Reserve bounced back on London Docks Search and Destroy, as Joshua-Lee “Joshh” Shephard went 10/6 to lead his team to a 6-4 map win.

With the series tied at 1-1, the first half of Ardennes Forest Capture the Flag was a long, defensive stalemate. The second half, however, featured several scorestreaks and great teamwork as Rise took the 2-0 map win. But once again, Red Reserve responded with a dominant 250-85 victory on Sainte Marie du Mont Hardpoint—Joseph “Joee” Pinnington went 30/20, while Trei “Zer0” Morris also added 29 kills.

After winning the first Search and Destroy map in this series, many fans thought the Europeans could secure the game five victory. But Ardennes Forest Search and Destroy was all Rise Nation. Gunless and Tommy “TJHaLy” Haly both contributed eight kills as Rise stomped Red Reserve 6-1 to take the 3-2 series win. This victory also helped Rise become the first team to secure a spot in the CWL Pro League Stage One Playoffs.

In the other matches on Wednesday, Team Kaliber went down to the wire against Team Vitality, but they eventually secured the 3-2 win. Mindfreak suffered two losses to Rise Nation (3-0) and OpTic Gaming (3-1), while eRa Eternity continued their hot streak with a 3-2 victory against Echo Fox.

The CWL Pro League will resume on Thursday, Feb. 22 when eRa Eternity face off against Red Reserve at 4pm ET.