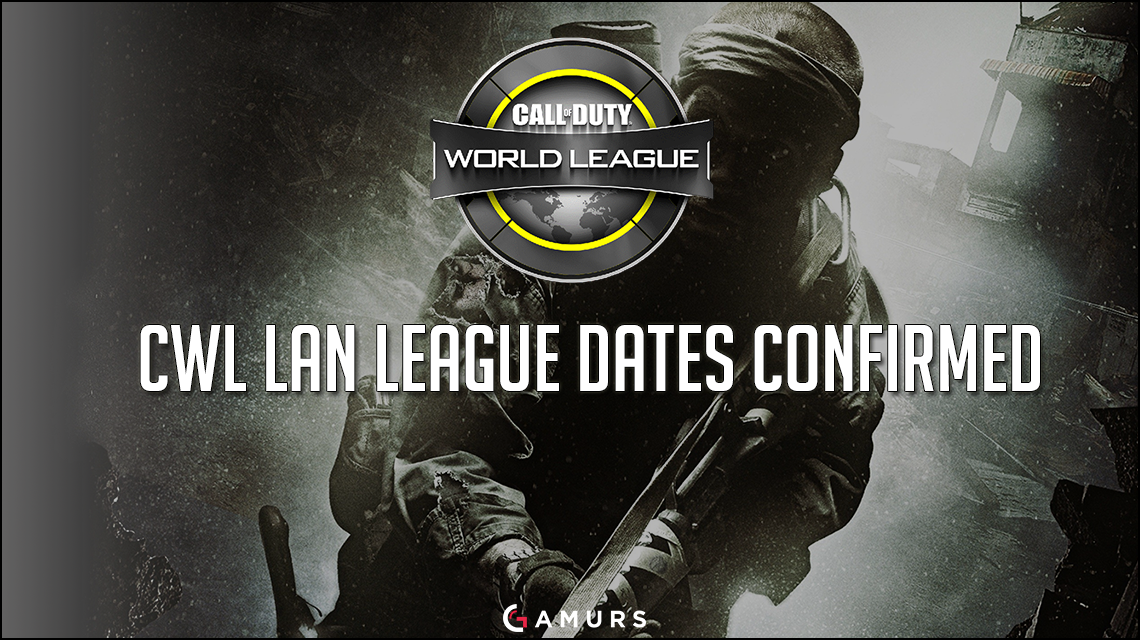 The Call of Duty LAN League dates have been finalized, and the league will be hitting our computer screens on April 20. Call of Duty: Infinite Warfare will be the first CoD to have a league dedicated to LAN, and it promises to be one of the more consistent leagues in CoD history.

Confirmed in a press release from Activision, Stage 1 of the Global Pro LAN League will feature 16 teams (nine from North America, six from Europe, and one from APAC) competing in the MLG Arena in Columbus, Ohio, a tournament ground we have seen many times for MLG events.

According to Activision, the CWL Dallas Open, which is taking place from March 17 to 19, will be the final event where teams and their rosters can earn CWL Pro Points for a chance to qualify for Stage 1 of the CWL Global Pro League. If your favorite team does not qualify for the first stage, do not worry, because they can still qualify for Stage 2 by earning pro points throughout Stage 1.

The CWL Anaheim Open, taking place from June 16 to 18, will now include the qualifier for Stage 2 of the league. This competition will feature the bottom four placing teams from Stage 1 against teams from regional qualifiers. Think of this as a promotion and relegation system. Teams competing in Stage 2 will earn an automatic bid to the CWL Championships, to be held later this year.

This mimics the style of the CWL in Black Ops 3, however, the league itself will be a truly international league pitting NA, EU, and APAC against each other, whereas last year the three regions each had their own separate online leagues leading to the global finals. We also see the return of the two stages, as well as qualification events allowing for new teams to attempt to break into the professional bracket of the CWL.

Which 16 teams do you want to see in Stage 1? Let us know in the comments below or by tweeting us at @GAMURS_CoD.