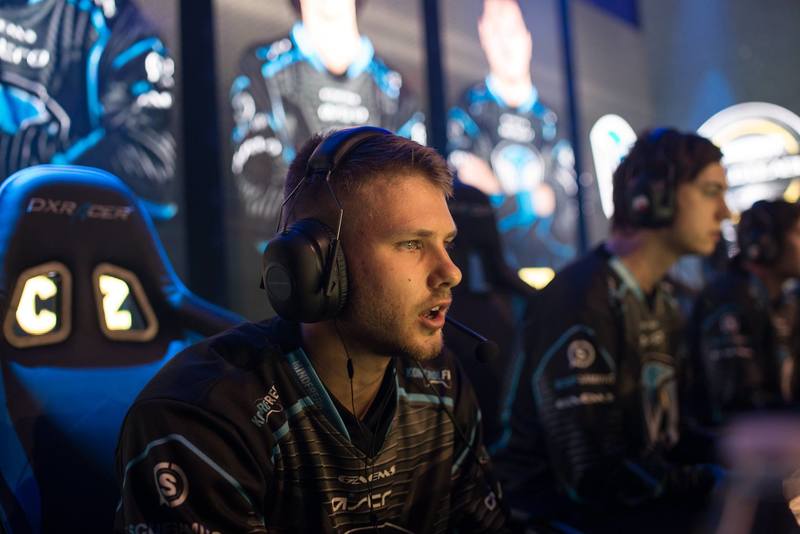 The top three Australian Call of Duty teams will converge on Orlando, Florida this week for the culmination of an entire year of competition.

With $1.5 million on the line, Mindfreak, Tainted Minds, and Mindfreak Black will compete in the 2017 Call of Duty World League Championship as the only representatives of the Asia-Pacific region. They will battle the world’s best to determine who will be crowned the top Infinite Warfare team.

Mindfreak has been the constant force within Australian CoD, sitting at the top of the region since forming their championship-winning roster prior to Advanced Warfare.

The current version of the team was brought together in November 2014 when Denholm “Denz” Taylor joined the trio of Mitchell “BuZZO” Mader, Lincoln “Fighta” Ferguson, and Conrad “Shockz” Rymarek. Over the next two years, MF racked up title after title in their homeland, winning 12 tournaments. In addition to their domestic success, MF became an internationally recognized brand after placing sixth at the 2015 Call of Duty Championship.

But IW has been a different game for Mindfreak. Instead of continuing with their longstanding roster, the team had to make a change when Denz signed with Tainted Minds early in the season.

After replacing Denz with Cody “Excite” Rugolo, MF won both of the CWL Sydney Open events, but the team still decided to bring back Denz after missing the CWL Stage One playoffs. With Denz back on the squad for Stage Two of the CWL Global Pro League, MF finished even worse and found themselves in the bottom four of the league after going 1-5 in matches and 4-15 in map count.

For MF to secure a spot in bracket play and a good finish at the biggest tournament of the year, BuZZO must improve drastically. His stats were among the worst in Stage Two’s player pool as he found himself in the bottom six of the 64 players in Kill/Death ratio, Uplink points, and Hardpoint time.

Since coming into Call of Duty at the beginning of Black Ops III, Tainted Minds has always been a bridesmaid, never a bride. The team has never won an offline event, failing in all nine of their attempts. In two of these events, TM fell in the grand finals to Mindfreak.

Although Tainted Minds has been consistently near the top of the Australian pool of teams, they have struggled on the international stage. In their three trips abroad this year, they have fell short of a top 16 finish each time with their worst placing in team history coming in their most recent attempt at the CWL Anaheim Open.

The addition of Excite after Denz’s departure has not seemed to help the team at all, despite the prime Australian talent like Hayden “Damage” Handakas, Giancarlo “Nimble” Vagnini, and Daniel “Swifty” Hickey as teammates.

The team may be at the top of their region, but between their previous international struggles and a tough group that includes three strong teams in Fnatic, Evil Geniuses, and Str8 Rippin, it doesn’t look like TM has a good shot of getting to bracket play.

Before joining MF, Hopey, Setzyy, and Zepa were runner ups at the second CWL Sydney Open, losing to Mindfreak in the finals. Since joining, the only offline event the team has competed in was the APAC Last Chance Qualifier, where they swept four of their five series en route to qualifying for the $1.5 million event.

Although MF Black were dominant in their only offline appearance this season, they did fall to Tainted Minds in that event in a close five-game match. TM has shown that they’re not a particularly strong international team and don’t have a good shot of making out of groups and much of the same applies to Mindfreak Black in Group B.

The Australian teams are probably the weakest that they have ever been on the international level. Mindfreak’s recent struggles have really brought to light the lack of depth in the region and the weaknesses of BuZZO. His lack of slaying ability and objective play have also severely lowered Mindfreak’s ceiling.

Despite MF being lower than before, none of their regional competition can touch them still. TM still hasn’t found their winning piece and it seems, at least from their Anaheim performance, that they have taken multiple steps backwards throughout this year. MF Black has yet to compete in an event outside of Australia, but losing to Tainted Minds in the LCQ does not bode well for the roster.