OpTic will have to fight through the losers bracket. 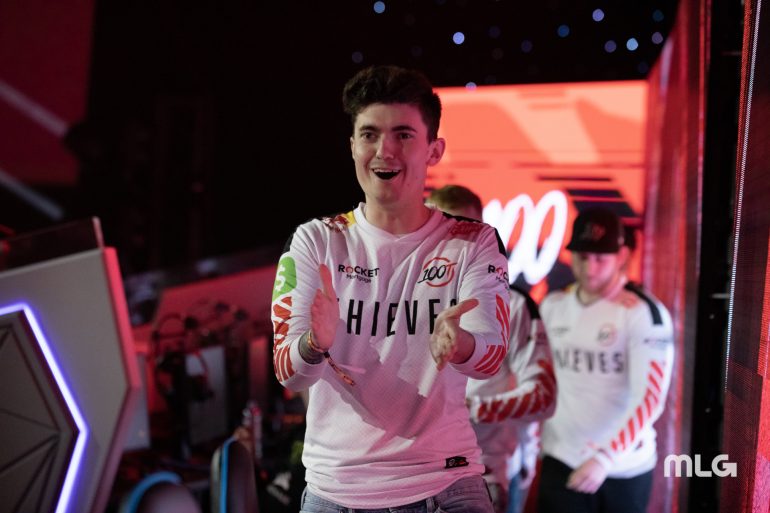 Two of the most popular Call of Duty teams in the world faced off to end the second day of the latest major Black Ops 4 LAN event.

After strong performances in their first games on Saturday, OpTic Gaming and 100 Thieves squared off in the winners bracket semifinals of CWL Anaheim. On the other side of the bracket, Gen.G played against one of the biggest surprises from the event so far, Enigma6.

Here are the results from the winners bracket semifinals at CWL Anaheim 2019.

Enigma6 have been turning heads this weekend at CWL Anaheim and they started this winners bracket semifinal with a strong 250-189 win on Gridlock Hardpoint. Gen.G answered back, though, by taking Hacienda Search and Destroy 6-4.

Matthew “KiSMET” Tinsley put on a show in map three, Frequency Control, to lead E6 to a 3-1 victory. But once again, Gen.G responded after an E6 win, this time taking Frequency Hardpoint 250-212 to force a decisive fifth map.

And this Search and Destroy wasn’t nearly as close as game two. Gen.G won 6-1 on Gridlock to secure the 3-2 series victory and a spot in the winners bracket finals.

Most Call of Duty fans were looking forward to this matchup between two Black Ops 4 event champions—and it definitely didn’t disappoint. 100 Thieves made a late comeback effort on map one, Frequency Hardpoint, but a record-setting performance by Brandon “Dashy” Otell gave OpTic the 250-218 win.

When the series transitioned to Gridlock Search and Destroy, it was Kenny Williams’ turn to put up monster stats and lead 100 Thieves to the 6-3 victory. And 100 Thieves also won Gridlock Control 3-2 to take a 2-1 advantage in the series.

With all momentum on their side, Austin “SlasheR” Liddicoat led 100 Thieves to a 250-207 win on Hacienda Hardpoint. Their 3-1 series victory means that OpTic are headed to the losers bracket in Anaheim.

100 Thieves and Gen.G are set to play in the winners bracket finals tomorrow, while OpTic and Enigma6 now have to battle through the losers bracket. Championship Sunday at CWL Anaheim begins at 12pm CT.