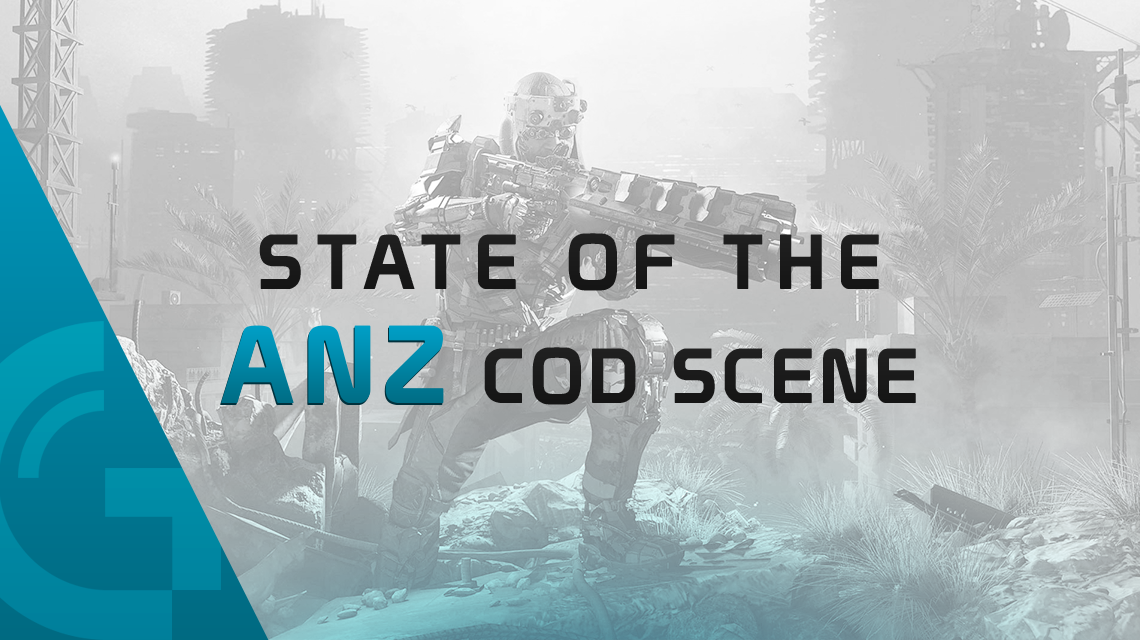 The Call of Duty World League has some critics but there is no question that it has provided a great deal of benefit to many. In particular, the ANZ (Australia/New Zealand) region has more support than ever before, making professional Call of Duty a reality for players who previously could only call the game a hobby at best. The Call of Duty World League introduced prize pools much larger than any event organizer in the past could afford and has provided more opportunities for ANZ players to face international competition. But in some ways, the ANZ Call of Duty scene has still suffered.

It all began before the release of Black Ops III when Australia gave the game an R18+ rating, meaning only players 18 years or older could purchase the game. Per the Australian government, an 18+ rating means:

The content is high in impact. R 18+ material is restricted to adults. Such material may contain classifiable elements such as sex scenes and drug use that are high in impact. Some material classified R18+ may be offensive to sections of the adult community. A person may be asked for proof of their age before purchasing, hiring or viewing R18+ films and computer games at a retail store or cinema.

Due to this ruling, event organizers were forced to enforce the law and restrict persons under the age of 18 from playing or even viewing the game at LAN events. For a community that has always had a strong dependence on a teenage audience, this was a major blow. The Australian Call of Duty scene was always the smallest of the three main regions worldwide. How could they survive with these new restrictions?

Then came Activision and the Call of Duty World League to save the day. An actual pro level structure was implemented and money was injected into the scene for what felt like the first time. ACL Pro, Australia’s long-time leader in esports, merged with ESL to form the Australian branch of the company to run the day to day operations of the Call of Duty World League. A production studio in Sydney was set up to offer a permanent location for casters to host streamed matches and for teams to gather for offline events. A total of eight teams qualified to play in the league. Thirty-two players were given the opportunity to compete for a $150k prize pool per season. ANZ Call of Duty was given a legitimate chance to be recognized by the rest of the world.

“The year has been amazing for ANZ CoD. [T]hanks to the CWL we have been rocketed light years ahead of where ANZ should be, [and] this is mostly thanks to ESL Australia’s world class production and also Australia’s performances on the world stage,” said Albert “Naked” Nassif, owner of Mindfreak.

Mindfreak had already been on the world radar for consistently dominating fellow ANZ competition and placing 6th at the 2015 Call of Duty Championship. For them, the introduction of the CWL was a cherry on top of their previous success but also a chance to pursue professional gaming as a full-time career. Mindfreak has continued to perform well this year and won the ANZ Stage 1 Finals, and the teams they are beating are still earning more money than they ever would have before.

“The [Call of Duty] World League helps promote structure and stability, knowing that even coming 8th means that [teams will] probably earn more money than the most winningest teams in the past few years,” Naked explained.

Don’t blame Mindfreak for stealing all the glory. And don’t blame the CWL for not creating more opportunities. ACL Pro hosted the most open ANZ LAN events in the past, and now they are part of ESL. They helped put on the Crown Invitational, ANZ Call of Duty’s moment in the spotlight, and the only Challenge Division offline event so far this year. Though it had a unique format that provided opportunities for all Challenge Division teams to compete, the Crown Invitational was far from a traditional open bracket tournament. Why haven’t there been more of those?

It all comes back to the R18+ rating given to Black Ops III. The ANZ Call of Duty scene was already small, and the new rating dwindled the number of eligible players even more, meaning hosting an open LAN event is hardly worth it. Hosting local open tournaments in North America is risky enough, doing so in Australia/New Zealand even more so. Putting out a large chunk of money on a venue, equipment, and a prize pool is an easy way to lose said chunk of money when the attendance is destined to be poor and chance at generating revenue slim. No wonder ESL has not bothered. On top of that, other event organizers have all but disappeared.

Of the eight recorded LAN events last year, ACL Pro and Doesplay hosted five of them. However, Doesplay, a popular daily tournament site that sprang up about two years ago, is offline at the time of this publication. They also ran into money troubles, reported earlier in the year by Kotaku. CyberGamer, known for their ladder play, did host a four team invitational earlier this year but have not released plans for more events. In fact, there is no word about any other upcoming Call of Duty tournaments in ANZ.

The region has another shot at fostering a future in competitive Call of Duty: If Infinite Warfare does not receive an R18+ rating from the Australian or New Zealand governments, the problems faced this year may subside. However, Activision themselves have set an 18+ restriction on the Call of Duty World League. If independent event organizers don’t make a comeback, players will move on to other games and we may very well be witnessing the last generation of skilled Call of Duty players in the region. We can only hope for the best.

Josh Billy is a long time Call of Duty fan. You can contact him over email at [email protected] or on Twitter @Orbit_CH3MISTRY.