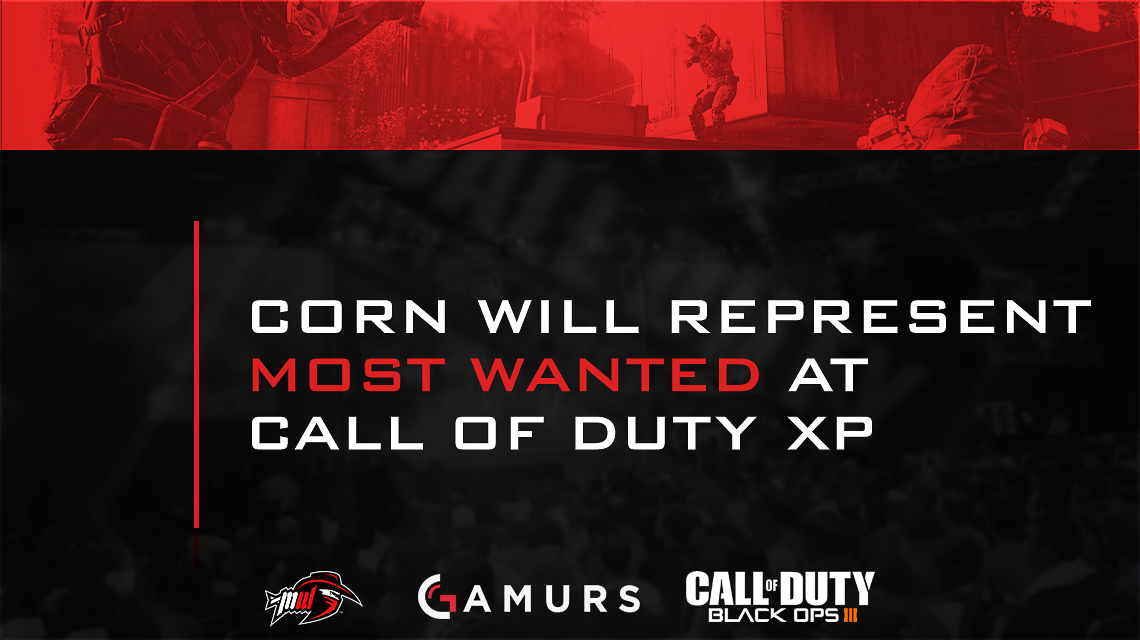 Most Wanted Esports announced on Twitter today that they have picked up “Corn” as their newest roster to represent their organization at Call of Duty: XP. The team will consist of Anthony “Methodz” Zinni, Mikhail “Blfire” Glushenok, Eric “Twizz” Cervello, and Teegan “TcM” McCarthy.

This occurred days after Blfire tweeted, “For business inquiries about ‘Team Corn’ email [email protected] Serious offers only.” Methodz also tweeted, “We’re seeking an org to represent at CoD XP. Hit me up if interested.”

Most Wanted recently had players (who are now a part of Lethal Gaming) leave on Monday, Aug. 15. The former “Corn” team will join Group E, one of the many groups of death, alongside FaZe Clan, Team eLevate, and Giants Gaming.

Most Wanted has had a bit of a quiet year in the Call of Duty®: Black Ops III competitive cycle, and now is their chance to make some noise. With Corn finally being under an organization, could there be a possibility for an upset as underdogs against FaZe Clan and Team eLevate? The only way we can tell is if they perform exceptionally well in the first week of September at Call of Duty: XP.

Do you think Most Wanted’s newest roster is better than the roster who went to Lethal Gaming? Let us know by commenting below or tweeting us @GAMURScom.