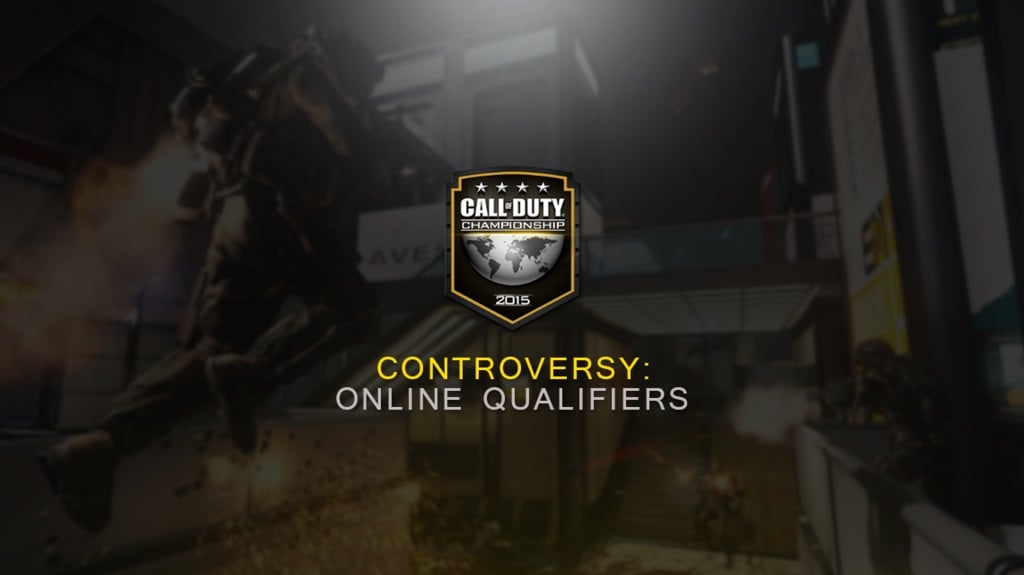 The Call of Duty World Championship is right around the corner and the online qualifier tournaments have already begun in certain countries. Over the years, there has been controversy as to why there isn’t an open LAN event, and why teams have to depend on online connectivity to qualify for a tournament of this magnitude. So, can online qualifiers really ruin one’s chance at becoming World Champions?

The online qualifiers are open to all teams over the age of 18 for free through MLG’s Gamebattles website. A total of 32 teams from four different regions, 18 different countries, and five different continents will push through to the final event selected through Regional Finals.

Check out our World Championship Announcement article for more information on the breakdown and layout of this year’s event.

The issue with online qualifiers has to deal with connectivity, and the possibility of being hit offline during these tournaments. Players with better Internet Service Providers or team houses gain a huge advantage coming into the qualifiers. Location of teams and host can manipulate one’s chances at qualifying. Many come into question as to why there isn’t an open LAN event hosted for these qualifiers, along with the Regional Finals.

Teams competing in the online qualifiers tend to have varied connections to begin with. Many professional teams have decent connections in order to play consistently, stream, etc. Secondly, the majority of the teams competing in the online qualifiers are playing to win it all. Therefore, the competition will be close, consisting of many pro teams. Matchups between two evenly skilled teams could go either way due to online connectivity.

The stakes will be high, due to the fact that Advanced Warfare isn’t the best game for online competitive play. For example a team that plays on their own host will usually have the upper hand when it comes to one-on-one gunfights. Realistically, most of the world’s best teams will qualify. The evenly matched teams are ones who will struggle.

Check out the CoD Champs Qualifier Results to see those who have already secured a spot for the Regional Finals.

Note that the UMG and MLG Pro Point Tournaments will affect seeding for those teams who have yet to compete in their respected online qualifiers. Also in order to be eligible for CoD Champs, teams must compete with at least the same three teammates in all qualifiers.

The NA, EU, APAC, and BR regions will each hold a Regional Final. It is unconfirmed at this time as to whether these regionals will be a LAN qualifier yet, similar to last year, but it is certain that there will be a final elimination in order to solidify the last 32 spots for the World Championship.

Even if there are LAN events for the Regional Finals, it will be important to push for neutral hosting for all of the qualification matchups. Host is still a factor on LAN, even though it may be minimal compared to online. The host’s team would have a slight advantage against their opponents making it unfair.

We have seen multiple players complain about this issue at recent events, and it is a notable concern that Sledgehammer Games and tournament hosts are looking to work on. At North America’s UMG Orlando event, which took place earlier this year, UMG was able to let the mainstage and feature station include a neutral host.

For a regular open event, it seems reasonable to have those two stations with neutral host. It wouldn’t seem feasible to have a neutral host at every single open station. However, teams at the Regional Finals are competing for a spot at the World Championship with a prize pool of $1,000,000.

Overall it seems that online play in general is quite stressful at this time with CoD Champs rolling around the corner. Teams will just have to hope that their connections will hold up and that their respected online qualifiers run smoothly. As for neutral hosting, we have yet to see if the Regional Finals will be a LAN qualifier. It is a possibility in the future that as CoD eSports grow, there will be LAN qualifiers along with the Regional Finals.

What are your thoughts on the online qualifiers and online play in general? Let us know.