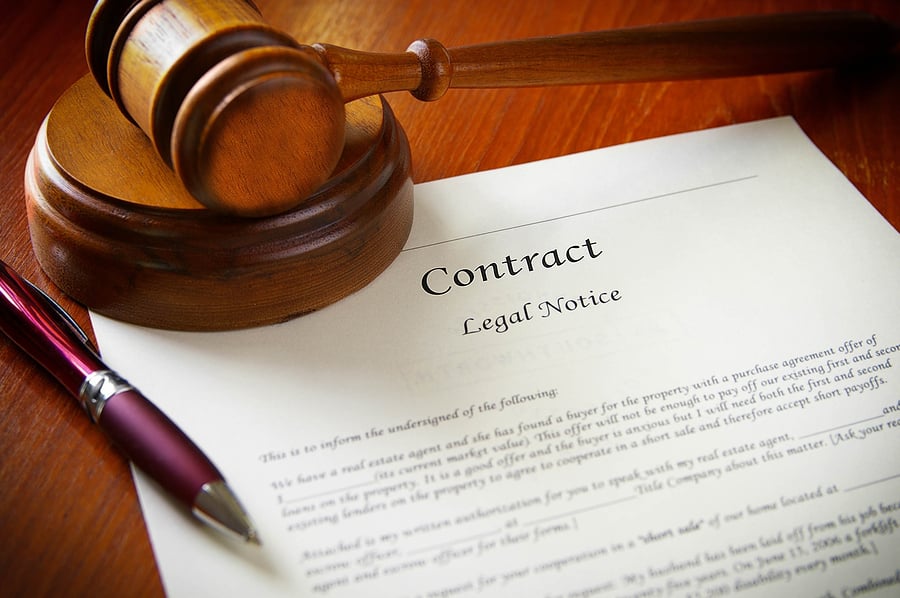 Competitive gaming in the west, as we now know it today, is much bigger than anyone imagined it to be 10 years ago. Who would have thought that people could make a career out of playing video games? Or that people sitting at home would want to tune in to watch other people play? Before now, this sort of thing was exclusive to the mysterious world of Korean Starcraft. Today’s scene, which now includes a multitude of titles from fighting games to first-person shooters to massive online battle arenas, has advanced over the years but is still not on par with traditional sports. In terms of professionalism, the world of eSports is still learning. Many different organizations have sprung up, some hosting large events, some making products to sell to fans and players in the community. Thanks to this, eSports have grown so large that competitions have been held on ESPN and players have made appearances on other national tv stations. So what is it that we’re lacking?

From a business perspective, eSports are not caught up in terms of the relationship between players and the organizations they play under. Compared to traditional sports, roster changes occur at an alarming rate. Yes, teams consist of 4 or 5 players, much smaller than the roster of a professional basketball team even, but the player turnover is unprecedented. Some teams field 2 entirely unique rosters in the same year. Rise Nation, a professional Call of Duty team, has made 5 roster changes since the beginning of Season 3 of the MLG Pro League, which started little over a month ago. How is it possible that so many players can leave or be kicked from a team in such a short period of time?

Contracts in eSports are unfortunately not the norm. The more advanced eSports, those that have a very large fanbase and experienced organizers, are an exception. In League of Legends, the game publisher and governing body, Riot Games, hosts the professional tournaments and has the authority to hand down punishments to players and teams not adhering to the rules.  Teams make formal contracts with their players, locking them in place for a certain period of time in exchange for their services. However, other eSports are still playing catch-up in this department.

Professional Call of Duty teams especially seem to be lightyears behind their competitive gaming cousins. If contracts exist in this community, they are not very apparent. In the few situations where players spoke openly about contracts, their tone was not very positive. It is clear that they are not a big fan of contracts in general, as can be seen in the following Twitter exchange between pro players, Phizzurp and John:

I want to join XGN also to play alongside Fears Killa and Nelson but I don’t know if vVv will release me from my contract.

Though this conversation may not seem to be more than simple statements, the tweets that accompanied them showed their true feelings. However, those tweets have been deleted due to a large amount of criticism from Call of Duty fans. The fact that they brought this to social media tells us two things:

1. They are not very familiar with formal contracts. Both Phizzurp and John have been in the competitive Call of Duty scene for years, so they should be very experienced when dealing with the organizations they play under. If they are not comfortable with the contracts they have signed, it seems obvious that contracts are not widespread in the community.

2. A lack of overall professionalism. Imagine if Lebron James openly tweeted about his frustrations with his contract… Of course, eSports players don’t really have public relations people to cover their tracks, but they could learn to behave a bit more appropriately.

To be fair, legal matters are difficult to understand for the average Joe. The only people that truly understand the ins-and-outs of formal agreements, many times accompanied by very fine print, are the lawyers that write them. Luckily, I had the opportunity to speak to a lawyer that focuses his trade on the various eSports communities.

Roger R. Quiles, Esq. is an experienced business, entertainment, and eSports attorney based in New York City. You can follow him on Twitter (@RogerQuiles) or visit his website (rrqlaw.com) for more information about his background. He is one of a handful, and by handful I mean you can probably count them on one hand, of lawyers with their gaze securely trained on eSports.

We began with a conversation about the Australian Cyber League’s Call of Duty League. At the time of the interview, a small feud had sprung up between SnK eSports and Integral Nation over a team roster participating in the league. The full roster, ranked high with multiple wins under their belt, decided to up and leave the name SnK eSports behind with no clear warnings to the organization’s owner beforehand. As a result, Integral Nation, who had been inactive in the Call of Duty scene since CoD Champs, ended up with a highly ranked roster in Australian Call of Duty. They eventually won the league finals.

A source familiar with the scene stated that in the ACL, decisions are up to the team captain and not the organization owner. While this scenario would not bode well in the North American Call of Duty scene, it has apparently not led to any hard feelings until this particular incident.

Roger: It’s quite interesting, solely because it doesn’t really make sense. All this boils down to, at the end of the day, is contracts. The contracts that I hope they would have had, between the team and the players, they would ultimately need to be released to leave the team. If there was no contract in place, then it becomes a free-for-all. The league can do some things to cut down on poaching, something that Riot has done with League of Legends. Though at the same time, it does fall on the teams themselves to protect their own interests, which would come down to having contracts, enforcing contracts.

In contrast, the MLG Pro League gives more power to the team owners, who are able to have control over roster change decisions and so on.

Roger: As compared to other games, I think the players in the MLG Pro League actually have a lot more power than we realize. Certainly more power than I believe the owners have, as can be seen with how frequently players move. The owners just kind of facilitate it. The impression that it gives off is that the players call the shots and the owners make it happen. The players shouldn’t be running the show here, it should be the teams. The players shouldn’t be wanting to hop teams so much anyway, it’s exhausting. It’s hard to build a fanbase when your roster is changing so often.

I spoke a bit about my own feelings in terms of contracts. I believe that many people are like myself: they are not very familiar with the legal side of things. Contracts are therefore forgotten, left out to dry to be dealt with at a later time.

Roger: Yea, I think that sums it up. There is a thought in the Call of Duty community that, “I can do everything myself as a team owner. I can find a generic contract online and it will work because Google says so.” It’s certainly not a way to grow a business, and certainly not a way to grow an industry. You’re going to have these constant battles between the players and the team owners. I’ve seen several contracts in the Call of Duty scene and they’re abysmal. I’m sure a lot of it has to do with the “I can do it all myself” mentality.

Just to be clear, I asked if he suggested hiring a lawyer to write a decent contract. I know, stupid question.

Roger: Absolutely. There is increasingly more and more at stake in these contracts, especially on the financial end. At the end of the day, player-team contracts establish a business relationship. You wouldn’t enter an agreement with Coca-Cola or Pepsi without a contract. You need to look at the player-team relationship as a business. You want to make sure that you’re protecting your investment, the time and money you put into fielding your players. If you don’t properly secure these players, someone else will. It’s definitely something that I would say needs to be done. There is a lack of knowledge throughout the industry as to what is and what isn’t legally viable. It’s not their fault, they’re not attorneys. At some point, you need to bring outside help.

Being that I was unsure about contracts, I wanted to know how affordable a proper contract written by a laywer would be. Not everyone in the eSports community is making a lot of money. Many teams, even those with top players, are not well established and don’t have much income from eSports. How much would it cost to hire a lawyer to write a good contract?

Roger: It’s not something that is going to take a lot of time and a lot of effort. Depending on the attorney and the hourly rate, it’s going to be a couple hundred bucks. If you’re a lawyer in the eSports industry, you’re going to know that your clients or potentials clients are not necessarily flush with cash. This might mean setting up payment plans, taking half payment upfront. This is the way I approach things and I think it’s business friendly.

We began talking about specific eSports contracts that we had personally seen (and like I said, I have seen very few).  Some of the players who were under said contracts have shown a lack of understanding of the terms in some instances. According to Roger, teams would like their players not to be seen as employees, but as independent contractors.

Roger: There is a huge distinction between being an employee and being an independent contractor under the law. If you’re an employee, you’re subject to all these different federal rights that attach to employees. Benefits, discrimination laws, and so on. Business owners have less control over independent contractors, but they are not subject to the benefits and so on.

Basically, bringing on players as independent contractors protects teams a bit from those players and vice versa. It’s a mutual agreement that gives less of an opening for one side to take advantage of the other.

We both agree that #RosterMania is something that needs to go. It’s not healthy for Call of Duty and something that you would never see in traditional sports because it’s simply bad for the industry’s ecosystem. The overall theme here is that contracts are necessary if we want eSports to advance beyond what they are today. Riot has made strides in this regard in terms of how they have structured their League of Legends league. Roger suggests they add a repeal system to deal with some of the punishments Riot has handed down, as there has been a lot of commotion recently with some high-profile fines and such. In due time, all of these issues will be dealt with, but now it’s time for organizations in all eSports to consider well-written contracts as means of protecting their financial interests.