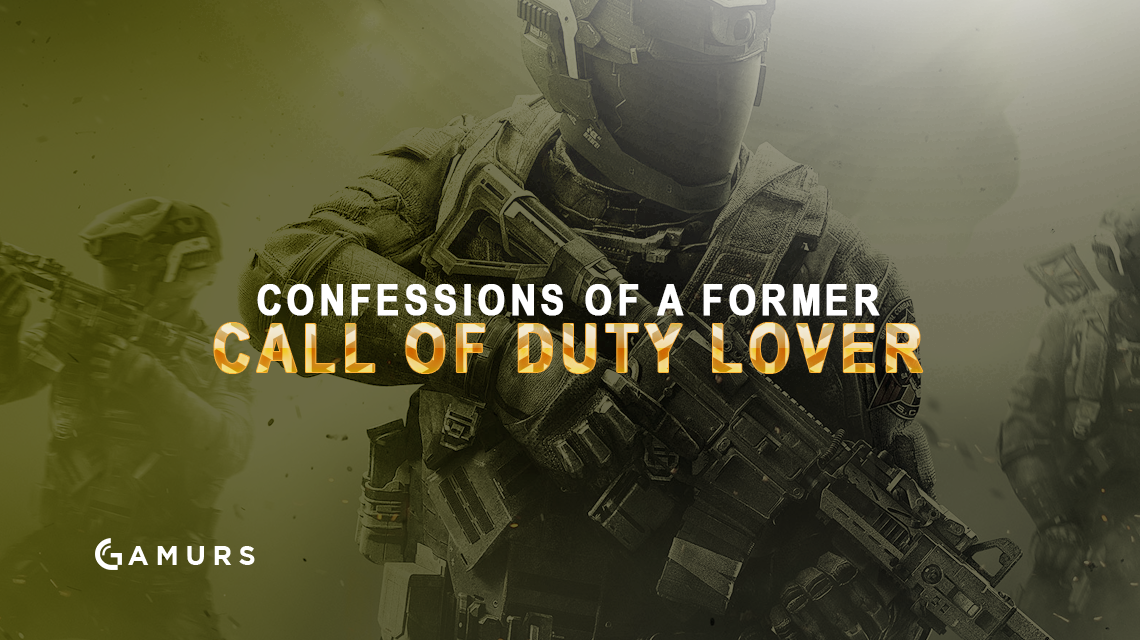 It started in 2007. I remember that it was Election Day, and the first year I could vote. I voted at a local elementary school, and then on the way home, I stopped at a game store to pick up a cool new PS3 game that I’d been seeing a lot of ads for. Call of Duty 4: Modern Warfare. I’d never played any of the previous games in the series, but having been an avid player of the SOCOM series on PS2, the new modern setting for CoD interested me.

I played a few campaign missions and loved it. Then I jumped into online multiplayer, Team Deathmatch. The first map I played was District and I pulled over a 2.0 kill/death ratio. After a few hours, I was hooked. Before long, I was making friends with people all over the world (some of whom I still speak to today) and playing in GameBattles ladders, fragging each night away.

A few years later, with CoD: Black Ops, I was introduced to the CoD esports scene. It intrigued me. It intrigued me so much that I wrote my college senior thesis on Call of Duty. Seriously.

CoD4 was the beginning of the love of the series for many.

And then in 2013, the other side of the CoD fan in me was born: the esports fan. I attended MLG Anaheim for Black Ops II. I was there in person, seeing esports in real life and enjoying the competition with the crowd. A month later, I combined my journalism degree with my new passion and began writing about CoD esports. I’ve since gone on to write for multiple publications and attend various LAN events while the scene has grown.

That’s how it all started; a heavily invested Call of Duty fan was born.

Fast forward a few years. It’s 2016 and Infinite Warfare is coming out this weekend. And I do not care one bit.

A lot has happened over the past few years. Sure, I’ve grown up. I’ve changed. I’ve started playing other games and branched out way more. But for the series itself, Call of Duty has begun to shy away from the kind of gameplay that made me fall in love with it in the first place: boots-on-the-ground infantry combat and simple killstreaks and map design.

Starting in 2014, Advanced Warfare, Black Ops III and now Infinite Warfare have drastically tweaked the gameplay by changing up the movement system and adding in things like Specialists/Rigs and, most disappointingly, Supply Drops.

As a player of the game, the changes are expected, although I’m personally not a fan. As CoD has been a yearly release since 2005, franchise fatigue was really starting to take hold in CoD: Ghosts and things needed to change, so the developers began adding in jet packs and wall-running mechanics. I get it.

Supply Drops, however, are a money-printing technique that works very well at what it aims to do. But, as a player, I cannot be bothered to try to keep up with people who purchase dozens of boxes to try and get a perfect kind of gun, like we saw in Advanced Warfare and again in Infinite Warfare coming soon.

Sure, you can unlock drops by progressing in the game, but that usually entails roughing it out while you get melted by a player who spent money on drops to “earn” a gun with 17* perks and buffs. I don’t find that fun. (*That’s an exaggeration, but who knows what to expect at this point.)

CoD started on the ground and has now completely left Earth.

As a fan of esports and someone trying to make esports journalism a career, the mechanical changes are painful. The game has become convoluted and confusing to watch, especially for the casual viewer. While the production value has skyrocketed since the early days of esports, the quality of the game itself has suffered, in my opinion. I used to watch CoD for hours on end, but in Black Ops III, I struggled to make it through a few matches before boredom set in.

All of these feelings were made more evident this weekend as I watched pros of present and past play in the Modern Warfare 2 throwback tournament. It was the most fun I’ve had watching CoD in over two years. The players were more invested, the gameplay involved less flying and wall-running and more strategic positioning and spawn controlling. It felt good to watch CoD again.

I’m excited for Modern Warfare Remastered. So as a CoD player, I’m happy. I can’t wait to play CoD4 again, and I hope there are esports events around it in the future. But that’s what concerns the CoD esports fan in me.

The CoD World League will feature Infinite Warfare, and from what I’ve played in the beta, it looks to be more of the same of what we’ve seen the past two years.

Dear Infinity Ward, Treyarch and Sledgehammer. Simple is better. CoD is and always has been the best when it’s simple and grounded. Literally. Keep us on the ground. If you can’t do that and games continue to move toward jetpacks, wall-running and robot dogs, please give some esports support for Modern Warfare Remastered and other remade games of CoD’s glorious past.

There’s a divide in the CoD esports viewership community of old school gamers and original CoD fans like myself, and younger players who only know their CoD in the air. You CAN please us both. Please just try.

How do you feel about CoD’s future? Let us know in the comments below and follow @GAMURScom on Twitter for further esports coverage.