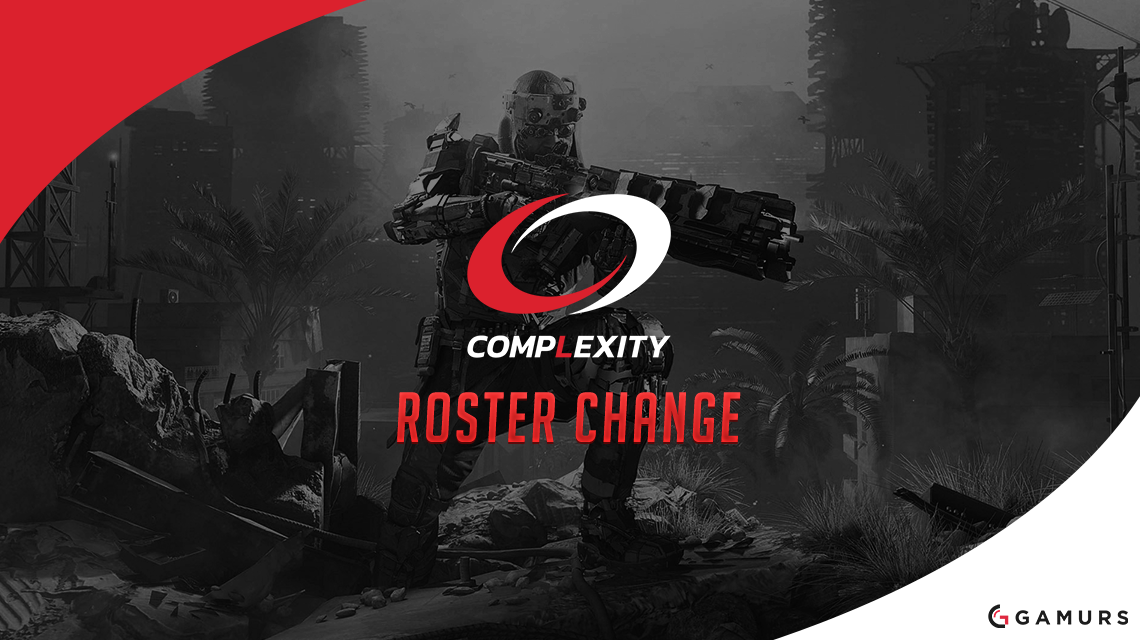 compLexity Gaming is the latest team to join the recent RosterMania in Call of Duty as they have decided to replace Anthony “NAMELESS” Wheeler with Chris “Parasite” Duarte.

After a 10-12 record in Stage 1 of the Call of Duty World League and a first round loss in the Stage 1 Playoffs, coL felt that a roster change was needed, so they replaced Parasite with Jevon “Goonjar” Gooljar-lim. Now that the new roster is off to a 2-6 start in Stage 2, it was obvious that something needed to be changed once again.

Along with Goonjar, Parasite rejoins his old teammates Richard “Ricky” Stacy and Marcus “MiRx” Carter back on coL. You can see this new roster play together in the CWL for the first time on Tuesday, May 24 against Cloud9.

To read the official press release from compLexity Gaming, click the link here.

What do you think about compLexity’s decision to pick up Parasite once again? Let us know by commenting below or tweeting us @GAMURScom.