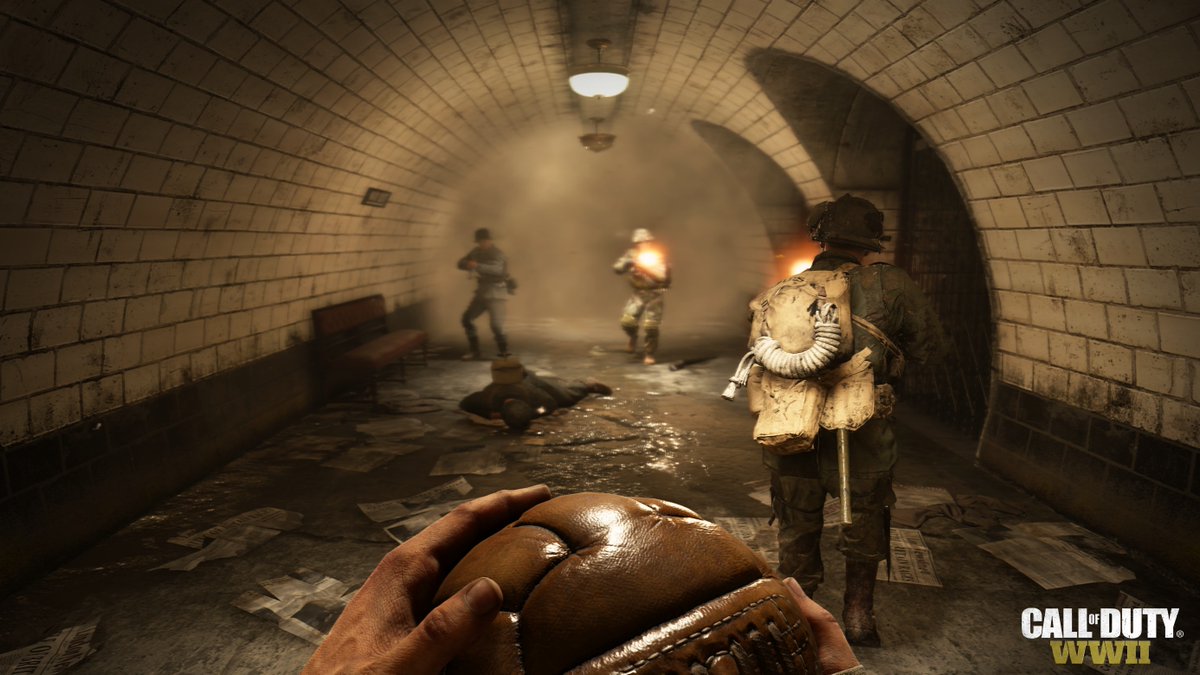 As the launch of Call of Duty: WWII gets closer and closer, fans are getting excited about the highly-anticipated release of the franchise’s next game.

And yesterday, a video with gameplay from an upcoming WWII game mode was leaked.

Twitter user Touridion somehow got access to the WWII private beta, and posted a video of Gridiron gameplay—or so he thought. News outlet Charlie Intel tweeted Touridion’s gameplay footage, but the tweet was later removed after Michael Condrey, the chief operating and development officer of Sledgehammer Games, said that the video wasn’t Gridiron gameplay.

It makes sense that this footage is from a different version of Gridiron—the ball in this video looks much different and more futuristic than other screenshots revealed from WWII’s upcoming boots-on-the-ground version of Uplink.

Although Condrey mentioned the name “Uplink Legacy,” no other information is currently available about this potential game mode.

Call of Duty players are as eager as ever to play Gridiron and Uplink Legacy when WWII is released on Nov. 3.