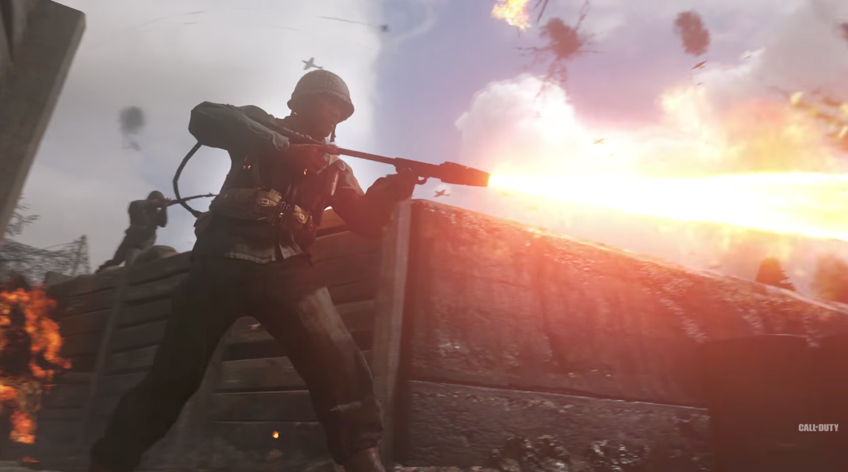 As fans and players start to get their hands on the upcoming Call of Duty title, the community continues to learn more information about WWII.

A complete breakdown of the new multiplayer system, known as divisions, was posted on Reddit yesterday, and it included a lot of juicy details about what players can expect in the franchise’s next game.

Related: The multiplayer reveal trailer of WWII showcased everything Call of Duty fans were hoping for

In total, there are five divisions in WWII, each with a unique skill and training. Additionally, there is basic training, which seems to be replacing traditional Call of Duty perks and is available to all divisions.

Here is a breakdown of everything we know so far about divisions in WWII.

Division Skill – Bayonet Charge: Special training on the use of the Bayonet makes Infantry riflemen a threat at all ranges. While sprinting, press R3 to activate.

Division Training – Infantryman III: This allows players to have two extra attachments on a primary weapon, and one attachment on a secondary weapon.

Division Training – Tanker III: The player will have a Rocket Launcher as a secondary weapon, an extra piece of equipment, and the ability to throw equipment faster, farther, and while sprinting.

Division Skill – Sharpshooter: Block out the surroundings and in return acquire aim assist and enemy names. This is activated by holding your breath with L3.

Division Training – Scout III: This allows the player to acquire enemy names from farther away, increased mini-map coverage, and keeps you hidden from player-controlled scorestreaks.

Here is a list of the abilities that are available to all divisions.

Steady: Makes the player immune to shell shock and tactical equipment, and allows them to sprint for a longer distance.

Phantom: This makes the player’s movement quieter, take no fall damage, and invisible to enemy Recon Aircraft while moving.

Hunker: This reveals enemy equipment to the player and allows them to take less explosive damage.

Smoked: This provides the player with an extra piece of lethal equipment, and has a Smoke Grenade as the tactical equipment.

Loaded: Players have extra magazines and can reload their weapons fasters.

Scope: This allows the player to move faster while aiming down sight, and provides an extra attachment for a primary weapon.

Undercover: Players can kill enemies without revealing their death locations, and no name or reticle color change will occur when targeted by opponents.

Duelist: This allows the player to have two attachments on their secondary weapon.

While this is all the information we know so far about divisions, there could easily be more details coming soon. For now, it seems like the divisions system has everything covered, with a wide variety of playstyles and strategies available to choose from.

It will definitely be interesting to see how this new multiplayer system works out when Call of Duty: WWII is released on Nov. 3.