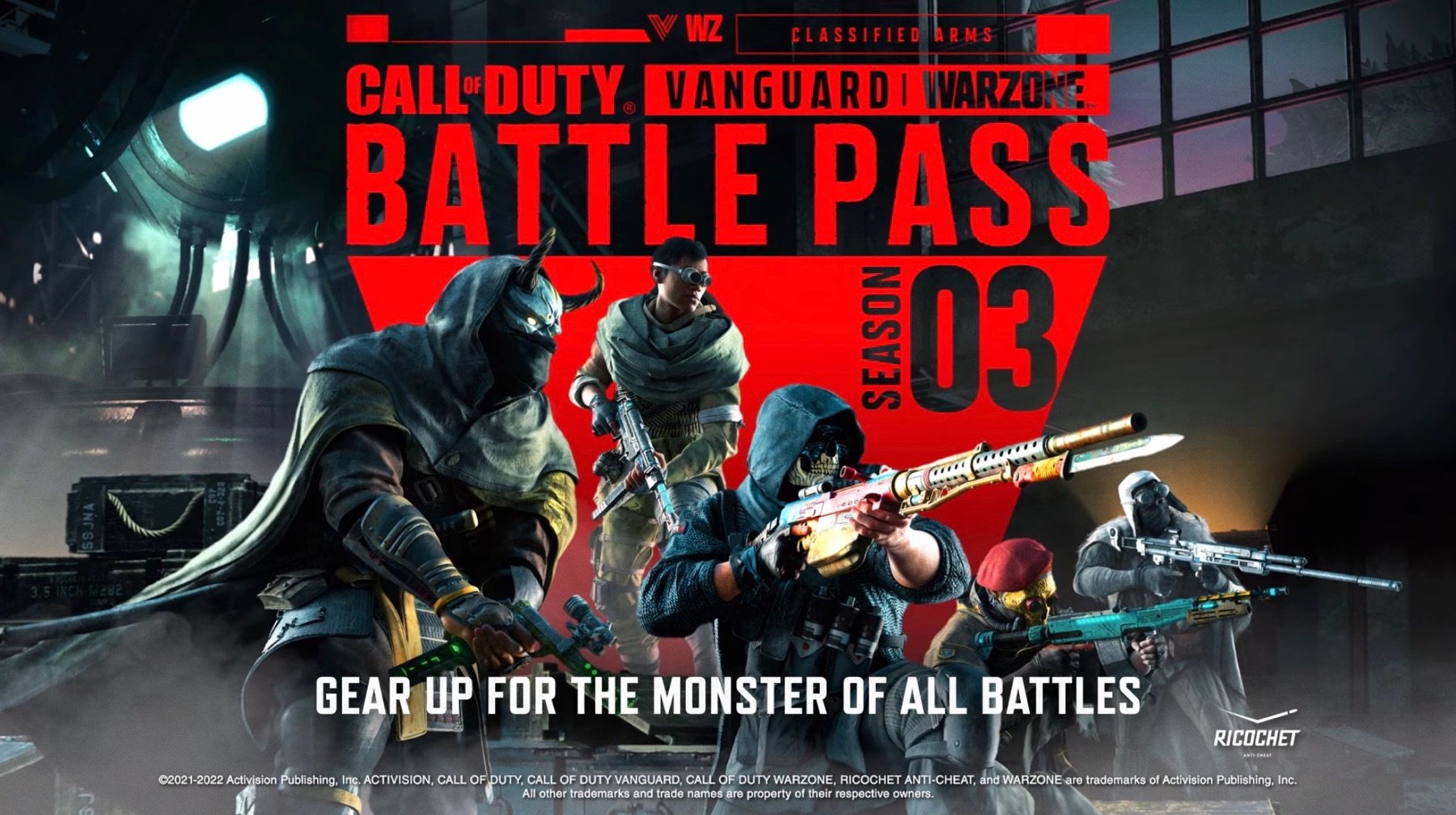 A new trailer for the season three battle pass in Call of Duty: Vanguard and Warzone has revealed what Godzilla and King Kong will look like in-game.

The video first shows King Kong on Caldera, walking around the map and destroying oncoming vehicles filled with players. The players are shown shooting at Kong as he mercilessly pounds the ground and destroys anything in his path.

Godzilla then makes an appearance toward the end of the video, approaching via the waters surrounding Caldera. The giant lizard then blasts the players around it with its nuclear fire breath, offering a tease of what’s to come in the limited-time event during the season.

The video also shows off several of the new skins and weapons that will be available in the battle pass for season three. As with every season in CoD, the battle pass will contain 100 tiers of unlockable items like blueprints, skins, and much more.

The most important information to glean from the trailer, however, is how Kong and Godzilla will interact with the Warzone map. It looks as though the two monsters will roam the map and players can interact with them at their own risk. More will likely be revealed about how the titans will change the game in Operation Monarch leading up to its release.

Season three begins on April 27 in Vanguard and Warzone, but Godzilla and Kong will arrive as part of the Operation Monarch LTM on May 11.