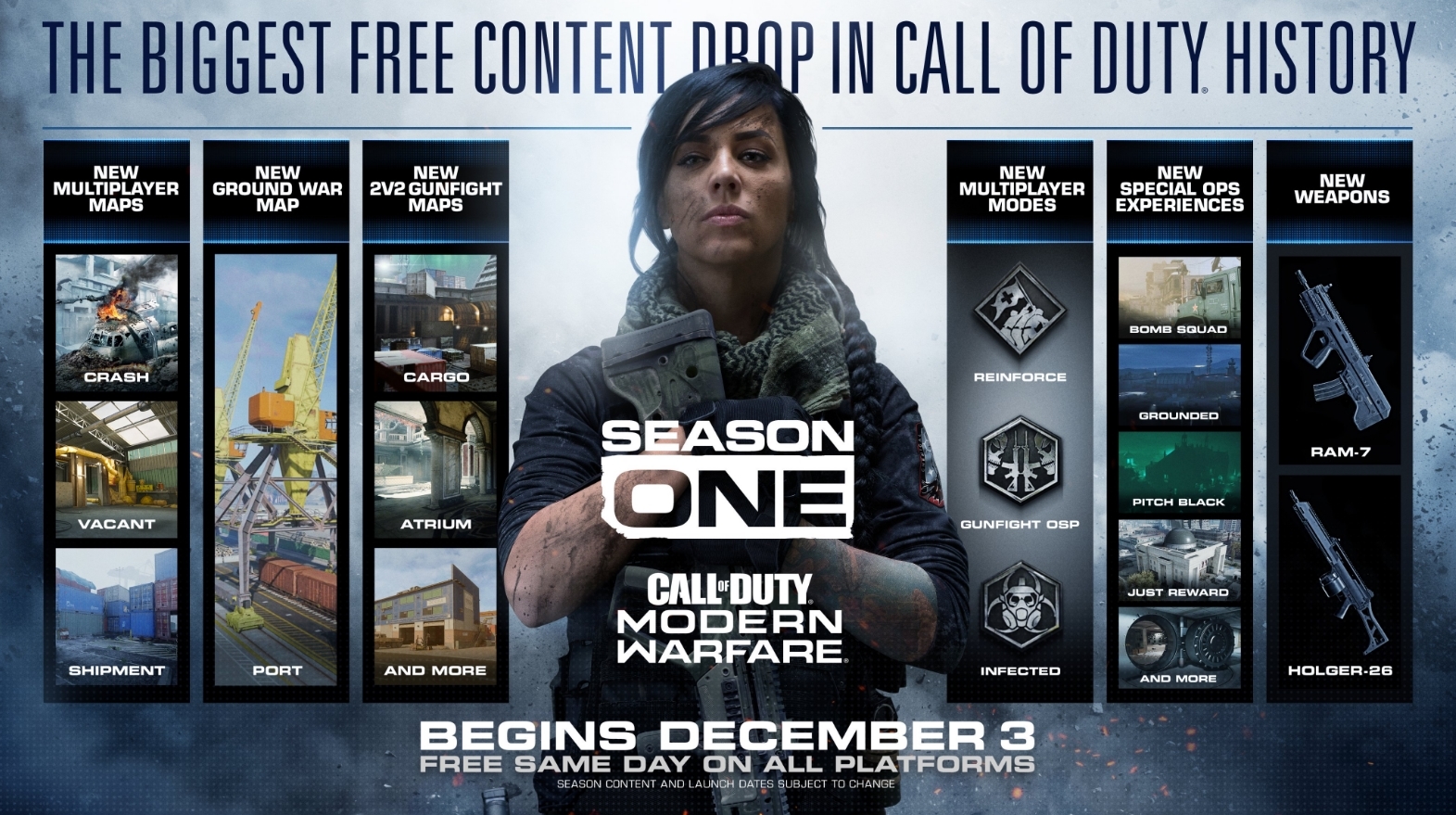 Call of Duty: Modern Warfare is about to get a whole lot of free content starting next week when the game’s first content season kicks off with a bang.

Season one begins on Dec. 3 and it’ll bring a variety of new maps to the game, including Call of Duty 4 classics Crash, Vacant, and Shipment. These popular maps should help satiate those who are missing arenas built for six-vs-six gameplay.

At least two new two-vs-two Gunfight maps, Cargo and Atrium, are on the way and a new Ground War map called Port is coming, too.

On top of the new maps, three new multiplayer modes called Reinforce, Gunfight OSP, and Infected will be included in the content drop.

Two new weapons will also join the fray with the Ram-7 and Holger-26 guns being added to multiplayer. The former looks like an assault rifle and the latter appears to be a shotgun.

Infinity Ward is calling season one “the biggest free content drop in Call of Duty history” and it already sounds awesome. The season begins on Dec. 3 and it could bring even more content before all is said and done.