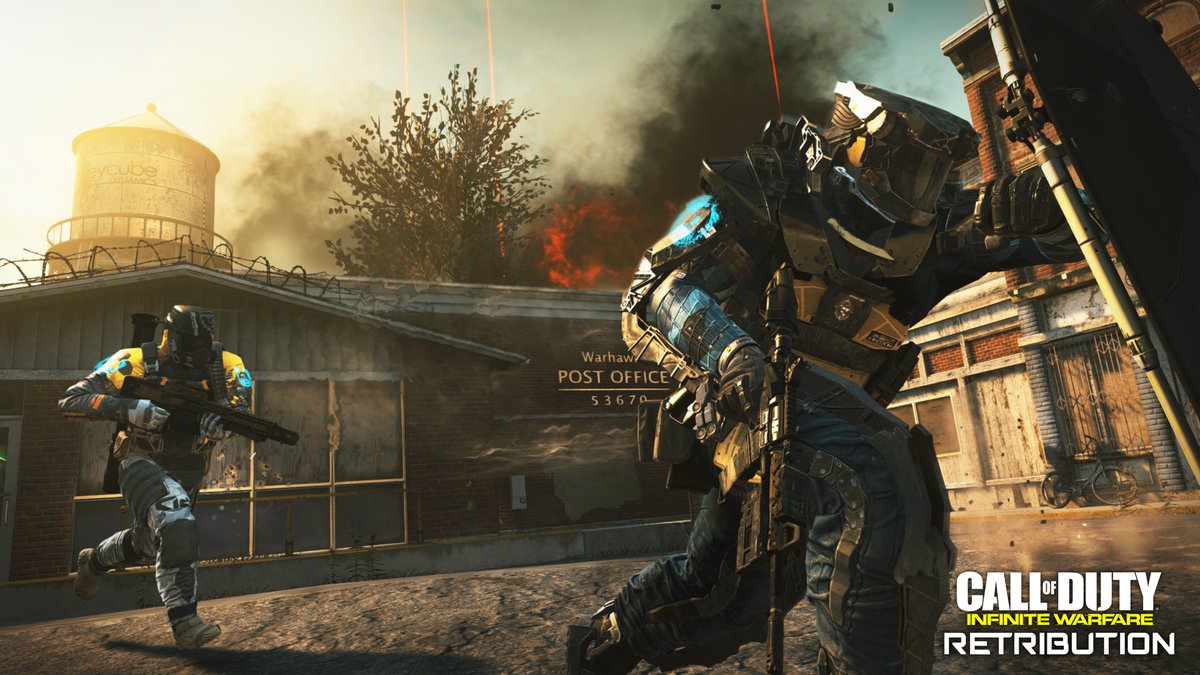 A popular multiplayer map from a classic Call of Duty title is making its way into the latest installment of the franchise.

Just two days after the release of zombies footage from the upcoming DLC for Call of Duty: Infinite Warfare, a trailer for the multiplayer maps in the Retribution map pack was revealed earlier today.

Most long-time fans of this franchise are excited to play Heartland, which is a reimagining of the classic map Warhawk from Call of Duty: Ghosts. Heartland looks almost identical to Warhawk—aside from the advanced cosmetic upgrades and features that come with the map being added to a futuristic game.

Carnage is “a post-apocalyptic race track along the California coast,” while Depot 22 is set in “a watering hole at the end of civilization,” according to Activision. The fourth and final multiplayer map in the Retribution DLC map pack is Altitude, which takes place in a shopping mall in space.

The newest DLC for Infinite Warfare will also include a unique zombies experience called The Beast from Beyond—which is seemingly bringing fans of this game mode back to outer space.

All four Infinite Warfare multiplayer maps and the new zombies experience will be available when the Retribution map pack goes live on PlayStation 4 on Sept. 12.