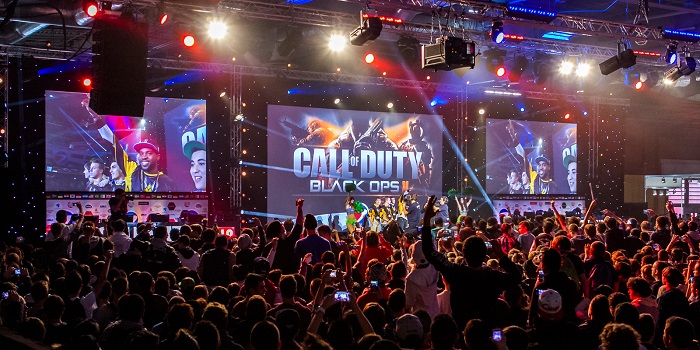 Respect is earned, not given. It’s something that Call of Duty esports has yearned for, but has been slow to receive. Loose tongues, shady backdoor deals, and lack of loyalty are all factors in this. The last few days have had plenty, but sometimes things aren’t as they seem.

Case #1 – Two sides to every story

You would expect more from the guy who basically carried the scene on his back during its pubescent years. Or at least, you might expect a more calculated approach. We all knew Nadeshot rushed into 100 Thieves. He himself was surprised it was actually happening when he released his announcement video a month ago. He was not prepared to leave OpTic Gaming so abruptly, and he was certainly not prepared to start his own organization.

The dominos began to fall when Nelson, an original player for 100 Thieves, announced he was leaving. He said that the team was not motivated and he was unhappy with their performance after ending week 5 with a 2-6 overall record in the Call of Duty World League. He pushed the point that he wanted the opportunity to play on another team to show them what he is made of and ended his post with “I want to win”. The outlook didn’t look good for 100 Thieves at the time – the remaining players on the roster were cast as undedicated and unwilling to try by Nelson’s post. But his empty position was quickly filled and the team’s prospects began to look bright again: Aches was joining and taking over as captain.

Nelson leaving the team was not completely unexpected. Nadeshot even called the original roster “underdogs” when he announced them, and he was right. With the roster of Matthew “Royalty” Faithfull, Brandon “Nelson” McKinney, Alex “Examples” Hartlaub, and John “Johnny” Cookson, only Royalty had previous pro league experience. Who in their right minds would choose this team to take down the many seasoned rosters also playing in the CWL? According to Johnny, not even Nadeshot.

In a fit of frustration, completely understandable mind you, Johnny released a detailed statement outlining everything that happened behind the scenes with 100 Thieves since they began. Plain and simple, the players did not sign contracts. It’s not that they didn’t know the importance of contracts in the tumultuous world of esports, or even that Nadeshot was unwilling to make contracts for them. It’s that he was unprepared.

In his own post, made to clear the air, Nadeshot explained how he had to come to a quick decision about signing the players to 100 Thieves. He was at the Relegation Tournament and was even rumored to be considering filling in for Goonjar on Team Kaliber, the team that the 100 Thieves roster defeated to qualify for the Call of Duty World League – before they were called 100 Thieves, of course. He had conversations with the players about their situation and gave them advice, letting them know he was thinking of starting his own organization. Time was winding down and the players needed an organization to call home.

“I had a decision to make, pass on them or try and build something,” Nadeshot said. He chose to give them a try. The problem was that 100 Thieves had no infrastructure in place and Nadeshot knew it. Ultimately, that’s exactly what led to Johnny becoming upset.

It’s not that Johnny’s story and Nade’s conflict with each other, they are simply coming from different directions. As a player, Johnny wanted his position to be secure. He wanted a contract to ensure benefits that professional Call of Duty players have grown accustomed to, which now include paid salaries. Nadeshot is a former player – he knows what players want. He had every intention of doing things the right way, but he was low on the world’s most precious resource: time. Without knowing he would be signing a team ahead of time, Nade was ill-prepared to cater to the needs of the players he signed. Contracts were not made and salaries were not paid. It didn’t help that the team was performing poorly either.

Nadeshot stated, “They would subtweet after losses and the morale just wasn’t where it should be.” A lack of team cooperation can kill a god-squad. The situation with Nelson leaving backs up Nade’s claims, especially when Johnny stated in his post that Nelson didn’t leave, he was dropped. A team change as of course imminent, and replacing Nelson with Aches was supposed to change that, but then other plans were made.

Instead of kicking Nelson to the curb, he was placed on reserve and then talks began between Aches and Royalty to bring him back, release Johnny and Examples, and bring on Remy from eLevate. And that is exactly what happened.

Again, no one is really in the wrong here, but both sides could have made better decisions and clearly rushed things. Now, Johnny and Examples are unlikely to find themselves on another CWL roster and have little to show for their time with 100 Thieves.

Rostermania didn’t end with 100 Thieves. Several other teams have been performing poorly and chose to make changes before rosters locked, starting with compLexity bringing Parasite back. Instead of dropping Goonjar, the AR player who replaced him, coL dropped Nameless instead. A player like Nameless doesn’t go without a team for long, and later the same day he was picked up by Luminosity. To make room for him, Luminosity had to bench TeePee. The roster change was announced so soon after Nameless was dropped from coL that TeePee was apparently unaware he was benched.

“Oh wow! [Thanks] for letting me know,” he responded. Of course, decisions like these aren’t up to him, but being blindsided when it comes to your career is nothing to take lightly.

TeePee, a former Call of Duty Champion, has had an interesting year. His reunion with Aches on Team EnVyUs for Stage 1 of the CWL didn’t go as smoothly as planned. A great start turned into a disaster once all the bickering within the team caught up to them. Aches was dropped and TeePee with him, to the surprise of everyone watching from the outside. TeeP had always been viewed as the glue holding his teams together, not the problem. With only days before Stage 2 began to find a new team, TeeP was ready to call it quits.

“Unless something pops up, I’ll have to be done playing most likely,” he tweeted. However, he found himself onto a new roster just in the nick of time.

Playing with Luminosity Gaming for Stage 2, TeePee seemed to have a secure position. But Luminosity is another team with a bad record trying to turn things around. Without much time to think things through, they dropped TeeP and picked up Nameless, leaving the Call of Duty community in awe of what they just witnessed.

This time, TeePee is really calling it quits. The longtime pro says he doesn’t have the motivation to play anymore but wishes to remain in the esports scene. Specifically, he mentions turning to casting.

TeePee has had a successful career. He has a Call of Duty Championship ring to show for it and will remain a favorite within the community. It’s just unfortunate how his career as a player came to an end. Being dropped from a team is not a great motivator and being completely surprised by Luminosity was the last straw. If he can find a gig as a caster or analyst, which he would surely be qualified for, TeePee will remain a prominent figure in the Call of Duty scene for years to come.

The surprising events of the past week are nothing new. Last year, Aware Gaming sold their roster spot in the MLG Pro League to European powerhouse TCM Gaming, completely leaving their players in the dark until it happened. Needless to say, Aware hasn’t been seen since. Unsettling deals like this put a stain on Call of Duty esports, but the truth is they happen everywhere and we can only hope for more stability in the future.

Hopefully Nadeshot has learned his lesson about player management and that he is happy with the new 100 Thieves roster. And hopefully we will be seeing more of TeePee in the future in a new role. For the younger guys dropped too soon, may they find new success in their Call of Duty careers.

Josh Billy is a long-time Call of Duty enthusiast and is an editor at GAMURS. Contact him at [email protected] or @Orbit_CH3MISTRY.