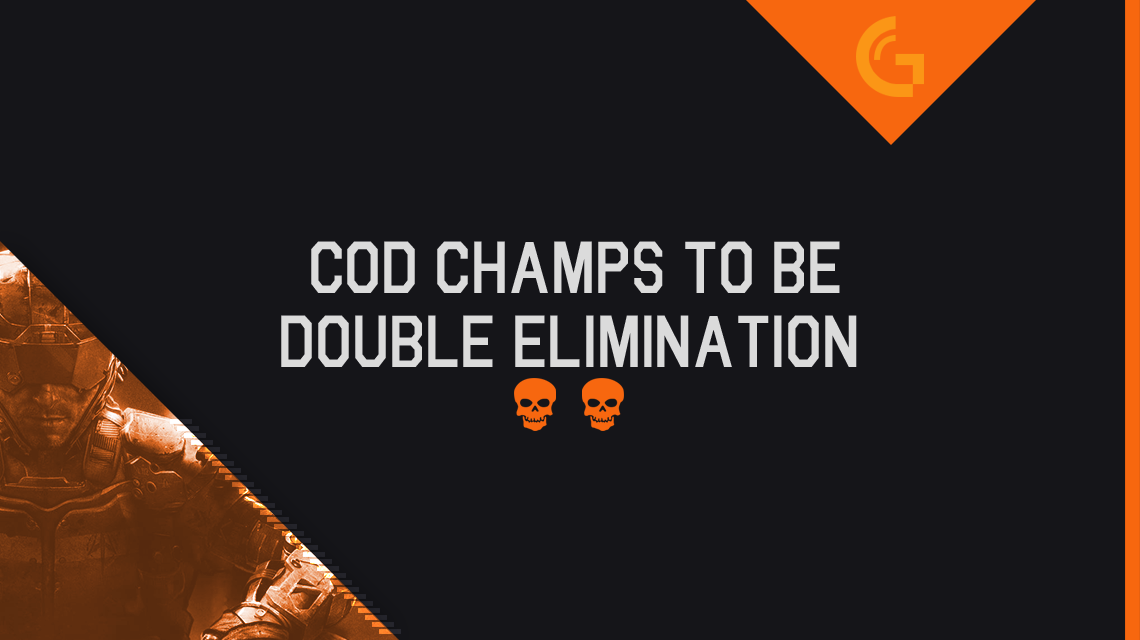 The announcement comes on the heels of a large scale community backlash against single elimination CWL tournaments and the potential for a single elimination championship tournament. Many people in the competitive scene, including venerable pro player Patrick “ACHES” Price, have stated their displeasure with best-of-one tournaments.

Last weekend’s CWL Season Two finals, which were single elimination, were heavily criticized for their format. In addition, their single elimination format could have partially led to the large decline in viewing numbers. After the crowd favorite, OpTic Gaming, was knocked out 4-3 in the first round, the North American Grand Finals had just 30,000 viewers on Twitch.tv. This is one of the lowest viewership numbers from any CoD Grand Final involving North American teams.

Six North American squads, four European squads, and two Australia/New Zealand (ANZ) squads have already qualified for the event due to their performances in Stage 1 and Stage 2 of the CWL.

In total, 20 spots at the tournament are still up for grabs across all three regions.

For more information about the double elimination, check out the official announcement by the CWL here – https://www.callofduty.com/esports/story/2016-07/ChampsFormatUpdate_DoubleElim.

Did the CWL make the right decision, or is a single elimination tournament more indicative of a team’s skill and resolve? Let us know what you think about the announcement in the comments below, and be sure to follow us on Twitter @GAMURScom to keep up with all things esports.