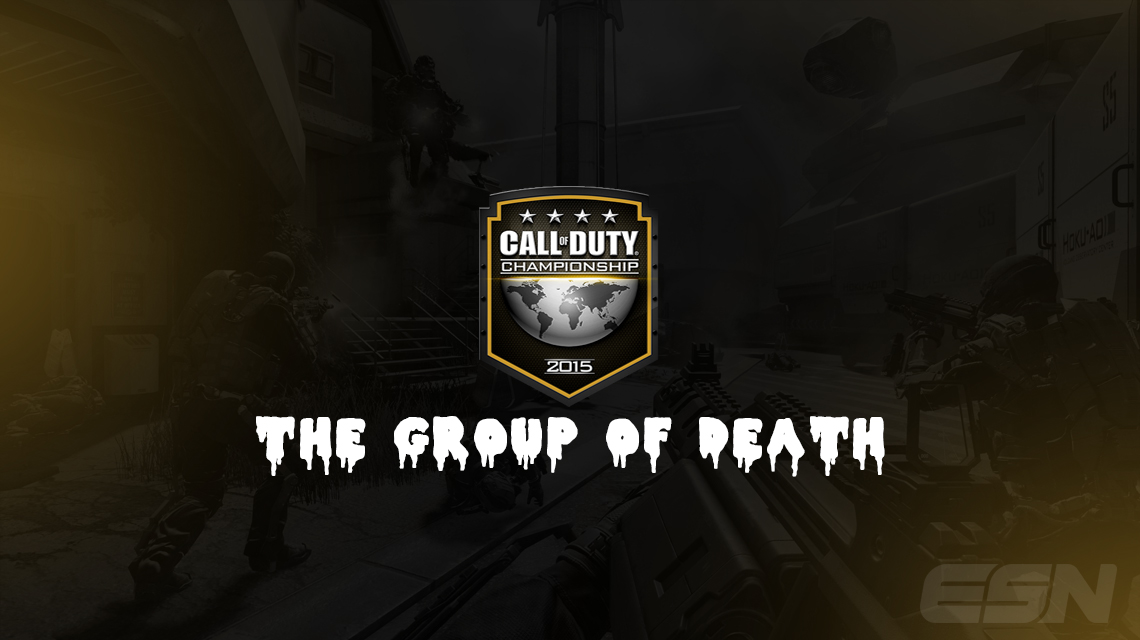 The United States, Germany, Ghana, and Portugal formed to create Group G in the 2014 World Cup in Brazil. This pitted the powerhouse nations of Germany and Portugal with an American team looking to catch their stride, ending with Ghana, a team who stunned the States once before. These four teams soon found themselves in the media, and pop culture labeled as the Group of Death.

Now the 2015 Call of Duty Championships are upon us. The groups have been released and like the World Cup, Los Angeles, California will play as host to Call of Duty’s own, Group of Death.

There is a lot of controversy on why these teams are in this group together. Matching up the European Regional champions with two very talented North American teams does not seem like much reward for winning the event. A full look at the questions and theories surrounding the questionable group format can be found here in our Pool Play Problems articles.

A simple way to solve this issue would to be to swap Epsilon with one of the three non-North American teams in either Team EnVy’s or OpTic Nation’s groups. It would allow for better competition and see that the best teams move on to the double elimination bracket.

At the end of the day, only two of these teams will make it out. Either way you look at it, a team with tremendous talent will go home empty handed. However, the other two teams who prove themselves to be above the rest will live to play another day, because they survived, The Group of Death.