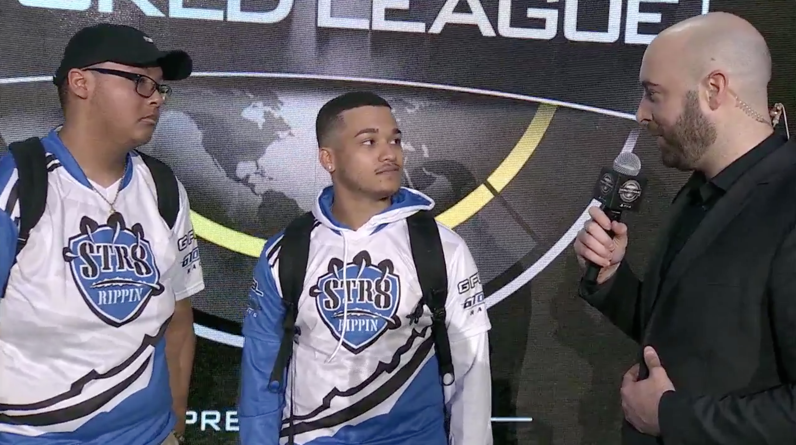 Eight of these teams emerged victorious in today’s NA LCQ and secured their spots in the $1.5 million Call of Duty World League Championship in August.

Related: Here’s what you need to know about the CWL North American Last Chance Qualifier

Echo Fox, Projekt Evil, Str8 Rippin, Allegiance, Rogue, 3sUP, Team Kaliber, and Lethal Gaming all qualified for next month’s major LAN event—but some teams had a much less stressful path to success than others.

There were several upsets in the opening round of the NA LCQ, including Havok Esports taking down Team Kaliber and InControl Gaming defeating 3sUP, both 3-1. Str8 Rippin had a more difficult matchup than expected against Amity Esports, but they ended up winning 3-2 off the back of rookie sensation Brandon “Dashy” Otell’s 17-kill performance in game five Crusher Search and Destroy.

Echo Fox and Projekt Evil were the first two teams to qualify for CoD Champs. Projekt Evil swept Precision Esports and took down Rogue 3-1 to earn their spot in the $1.5 million tournament, while Echo Fox defeated FallenGodz (including a 250-6 win on Throwback Hardpoint) and Havok Esports to qualify.

Allegiance went 6-0 in map count on Thursday to earn their spot in CoD Champs, sweeping both Edax Pro and Lethal Gaming, and Str8 Rippin then qualified with a 3-0 win over InControl Gaming. Once again, Dashy stole the show for Str8, dropping 14 kills on Breakout Search and Destroy, as well as over 25 kills in both Hardpoint and Uplink.

Rogue, 3sUP, Team Kaliber, and Lethal were the four teams to qualify for CoD Champs through the losers bracket of the NA LCQ. After losing to Projekt Evil, Rogue responded with a dominant sweep of Edax Pro to earn their spot in next month’s LAN event.

Meanwhile, 3sUP bounced back from their early loss against InControl Gaming with two close 3-2 victories over Amity Esports and Havok Esports. But the best part, though, was we all got to see the return of Cole “ColeChan” Chancey’s prodigious sniping ability.

Team Kaliber and Lethal Gaming both went down to the wire as the final matches on Thursday night. Lethal made an impressive comeback against Pnda Gaming to win 3-2 in round 11, while tK fans were relieved to see their favorite team qualify for the biggest event of the season by defeating InControl Gaming 3-2.

These eight teams battled through the grueling NA LCQ earlier today, and now they’ll all look forward to the 2017 Call of Duty World League Championship, which starts on Aug. 9.