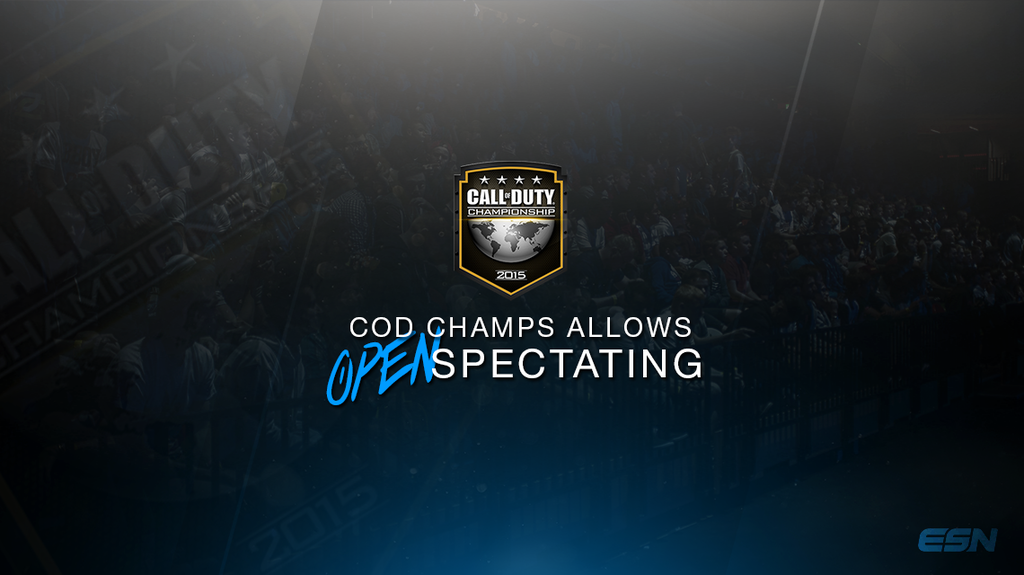 This morning, Activision announced that the 2015 Call of Duty Championship will be open to spectators for the first time in the events three year history. The event was previously limited to teams, their respective management, VIP and press.

Tickets go on sale February 17 at 10AM PST and can be purchased directly off MLGs site. There are two separate packages available to choose from: Gold Package – $50: Platinum Package – $100: Source: Activision How many of you will be attending the first ever open spectating Call of Duty Championship? Let us know! Be sure to follow us on twitter for breaking news in the gaming and eSports industries [Twitter – @eSportsNation](https://twitter.com/eSportsNation)