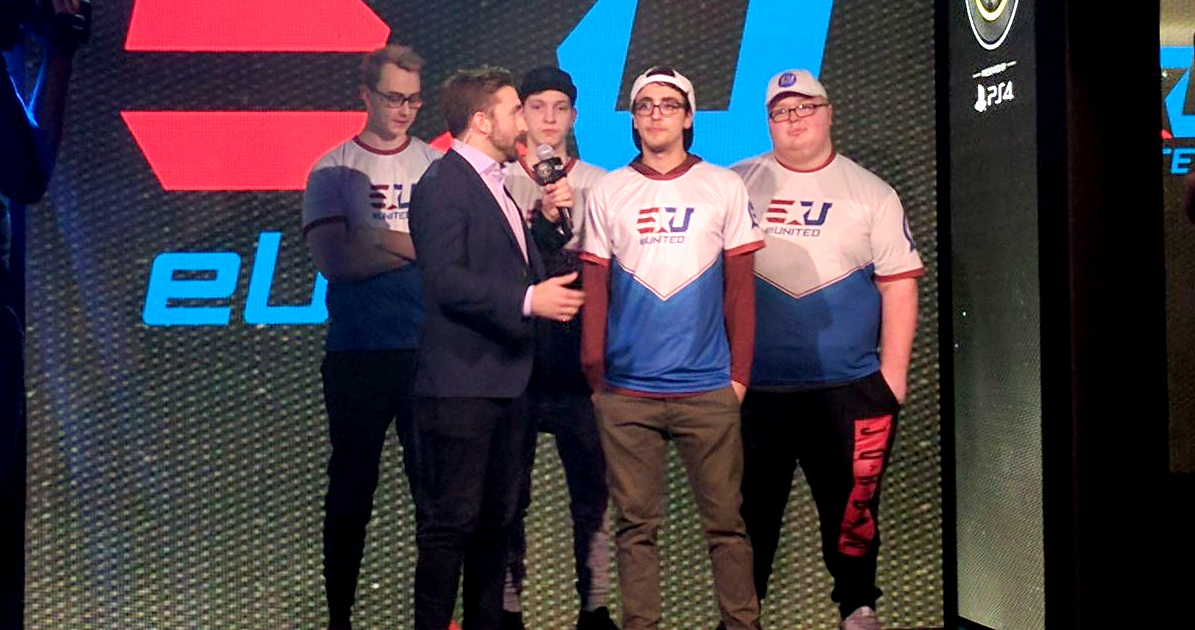 On June 23, former Call of Duty world champion James “Clayster” Eubanks was traded from FaZe Clan after two years with the organization.

His new team was eUnited, where he’d compete alongside three players who’ve made a meteoric rise to the top in Infinite Warfare. Justin “SiLLY” Fargo-Palmer, Peirce “Gunless” Hillman, Alec “Arcitys” Sanderson, and Preston “Prestinni” Sanderson came out of seemingly nowhere and became the Call of Duty World League Atlanta Open champions in February, culminating in their historic victory over traditional powerhouse OpTic Gaming in the grand finals.

Despite the promise that the trio had shown throughout Infinite Warfare, many questioned if they would be able to reclaim their position on the international stage again after Gunless was traded to FaZe Clan.

In little time, however, they proved that they could. With Clayster at the helm, the new eUnited dominated their competition last weekend in Group Yellow of the CWL Global Pro League.

After eUnited’s final match, in which they swept Splyce and clinched the top seed in Group Yellow, Dot Esports spoke to Clayster about his new team.

What does it mean to clinch the top seed in your group after being together for just two weeks?

Clayster: It means the world. To only lose to Red Reserve in a close game five, and then 3-0 them on the final day, it honestly means a lot to me that these guys came out here and we all showed up.

What are some of the differences between FaZe and eUnited?

In all honesty, the difference between this team and FaZe is the teamwork. We’ve only been teaming two and a half weeks and our chemistry and teamwork are already way better than I’ve experienced since my compLexity era in Black Ops II. The way these guys work together and the way these guys think about the game is very motivating for me because they’re all so into it. They play CoD every single day, and they soak up pretty much everything I tell them.

Faccento said after Rise won their match that they didn’t have enough energy/hype in the first two days and that’s why they were performing poorly. Do you think having that hype or fire is the biggest key for you guys?

I think it’s a big part of why we’re seeing all this success. Everybody on the team really just gasses each other all the time, and it’s honestly the first team I’ve been on since OpTic, where it was me, ProoF, and Scump just getting hype. To have all four of us just sitting there, going off, it really just helps bring your reaction time to that next level because your adrenaline starts going and you got confidence in yourself, so having that hype and energy makes you play really, really well.

What do you need to improve on for playoffs?

Next week is OpTic, EnVyUs, Epsilon, and Cloud9. Which two teams make it to playoffs?

I’m making a bold prediction and saying Epsilon and C9.