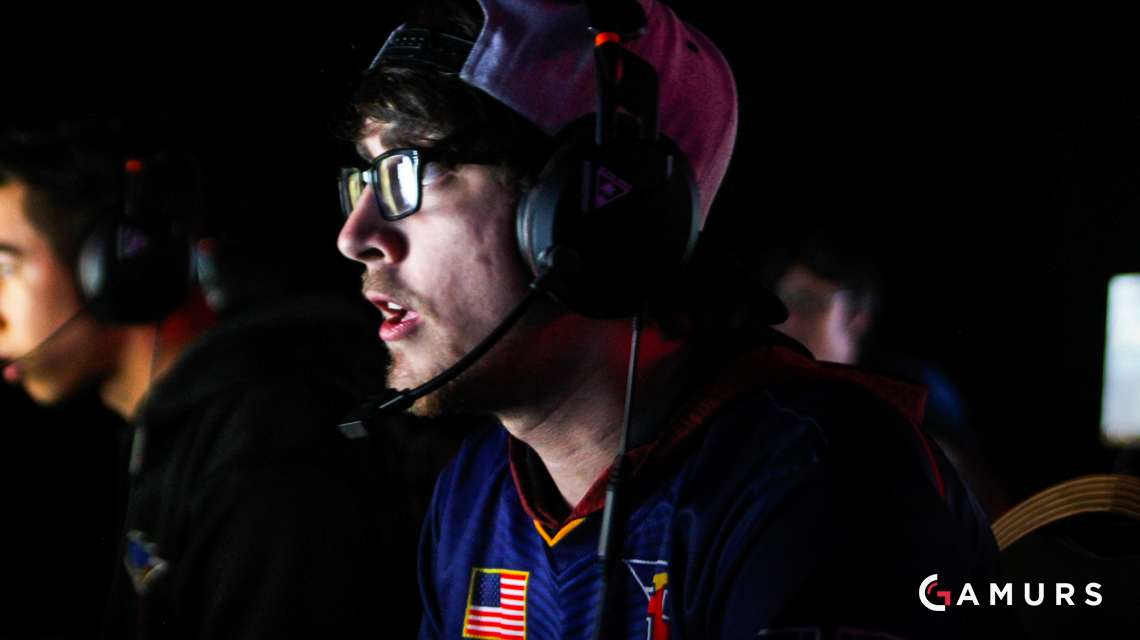 To kick off the action at CWL Atlanta, FaZe Clan was set to battle against Enigma6 on the main stage in the Georgia World Congress Center. With both teams locked into Group A, widely considered the “Group of Death” at Atlanta, this was certainly an important match to set the pace for the weekend.

James “Clayster” Eubanks, from FaZe Clan, knew exactly how significant this match against E6 was going to be. “Going into this game, we knew E6 was going to be a really tough opponent,” Clayster said. “We’ve played them online a lot and we played them a lot in Advanced Warfare as well, so we knew these guys have what it takes to be one of the best teams in the world.”

FaZe played against Enigma6 in many of the GameBattles 2K tournaments, so Clayster and company were fully aware of E6’s potential. In fact, Clayster put great value on this match, stating that it would be a very meaningful win for FaZe. “So honestly, we came out there saying that this match is super important for us,” Clayster said. “We predicted that if we win this match, we can win the whole tournament.”

Clayster was right, as map one was an intense game of Hardpoint on Throwback, which FaZe was able to win 250-210. The second map in this series was Search and Destroy on Crusher, and Enigma6 actually jumped out to a commanding lead in the beginning. “We choked two rounds, a 2v4 and a 2v3, and that’s something that we’ve been working on really hard since Vegas; not giving up number-advantage in Search and Destroy,” Clayster said.

Despite “choking” in those few rounds, FaZe was able to clutch up and complete the comeback, winning Crusher in round 11. “Even though we won the map, we still consider it kind of a failure because of how we lost those rounds,” Clayster said.

Clayster attributed the team’s comeback to their ability to make quick mental adjustments in the heat of battle. “Mainly, what was going through our heads was just stop over-thinking,” Clayster said. “We were over-thinking way too much and giving them way too many opportunities. It was mainly just calm down and play slow, and once we did that, we just picked them apart.”

With all the momentum in this series, FaZe was able to complete the sweep by defeating E6 13-7 on Precinct Uplink. This was a crucial win in the “Group of Death,” as FaZe starts off their tournament 1-0, while E6 falls to 0-1.

Clayster was obviously excited about the victory, and he believes that this win could have huge implications on their success in the rest of the event. “It’s just one of those things, for us especially; we start off really slow in the early tournaments, so to come out here and 3-0 a really good opponent in our first match does a lot for our confidence moving forward,” Clayster said.

Following this big win against Enigma6, FaZe continued their success with a hard-fought 3-2 series win over Team Infused. Despite losing both hardpoints in this series, FaZe sealed the series win with a 6-4 victory on Scorch Search and Destroy. “We’ve been practicing [Scorch] a ton since MLG Vegas and we went over a bunch of different strats for that map,” Clayster said. “We ended up clutching two 2v4s, which was really the difference maker since we won 6-4.”

This win over Infused puts FaZe at the top of Group A with a 2-0 record, and although they won, Clayster was willing to admit that Infused was tougher than expected. “[Infused] definitely is a good team,” Clayster said. “We didn’t expect them to be this strong, but they showed up.”

Now, FaZe will take on MLG Vegas champions Rise Nation later tonight. These two teams have already played each other a few times on LAN in Infinite Warfare, with mixed results, but Clayster expects that this will be a great series.

“We’ve played Rise two times this year already,” Clayster said. “We beat them at PSX and they beat us at Vegas in a really tight series to knock us down to losers. We know they’re a fantastic team and they are going to really want to win this because they lost to Infused. This match against Rise is going to be really tough because it’s basically whoever wins this wins the pool.”

Clayster and the rest of FaZe Clan will look to keep their perfect record alive when they take on Rise Nation to end their first day of action at CWL Atlanta.

Have you been impressed with FaZe so far this weekend? Let us know by tweeting us @GAMURScom.