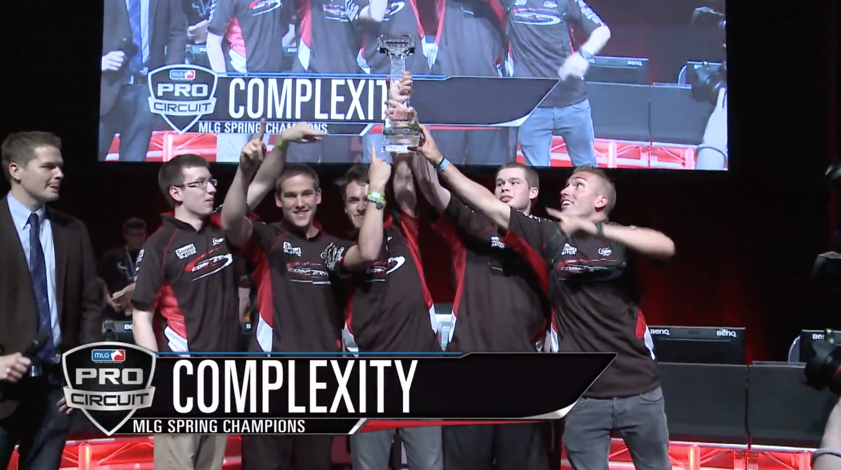 Following the news that Call of Duty: Black Ops II is now playable on Xbox One, the best team from this game could be reuniting for a friendly challenge.

James “Clayster” Eubanks, one of the members of the compLexity Gaming roster that won six championships during the Black Ops II season, issued the challenge on Twitter earlier today. Clayster said that he will give $1,000 to anybody who can beat the old coL lineup—Clayster, Patrick “ACHES” Price, Tyler “TeePee” Polchow, and Ian “Crimsix” Porter—in a best-of-seven series on Black Ops II.

Clayster’s challenge has the Call of Duty community reliving the good old days, with many fans begging for the old Fariko Impact lineup to take Clayster up on his bet. Adam “KiLLa” Sloss, Damon “Karma” Barlow, Marcus “MiRx” Carter, and Christopher “Parasite” Duarte won four championships at the beginning of the Black Ops II season, including the $1 million 2013 Call of Duty Championship.

But, after the 2013 CoD Championship, Clayster joined compLexity, and the revamped coL lineup dethroned Fariko Impact at MLG Anaheim 2013.

Other members of the community want to see several old rosters take their shot at defeating one of the best lineups in Call of Duty history. Even if these classic rematches never happen, the hype surrounding Clayster’s challenge further proves how excited the Call of Duty community is to have Black Ops II on a next-gen console.