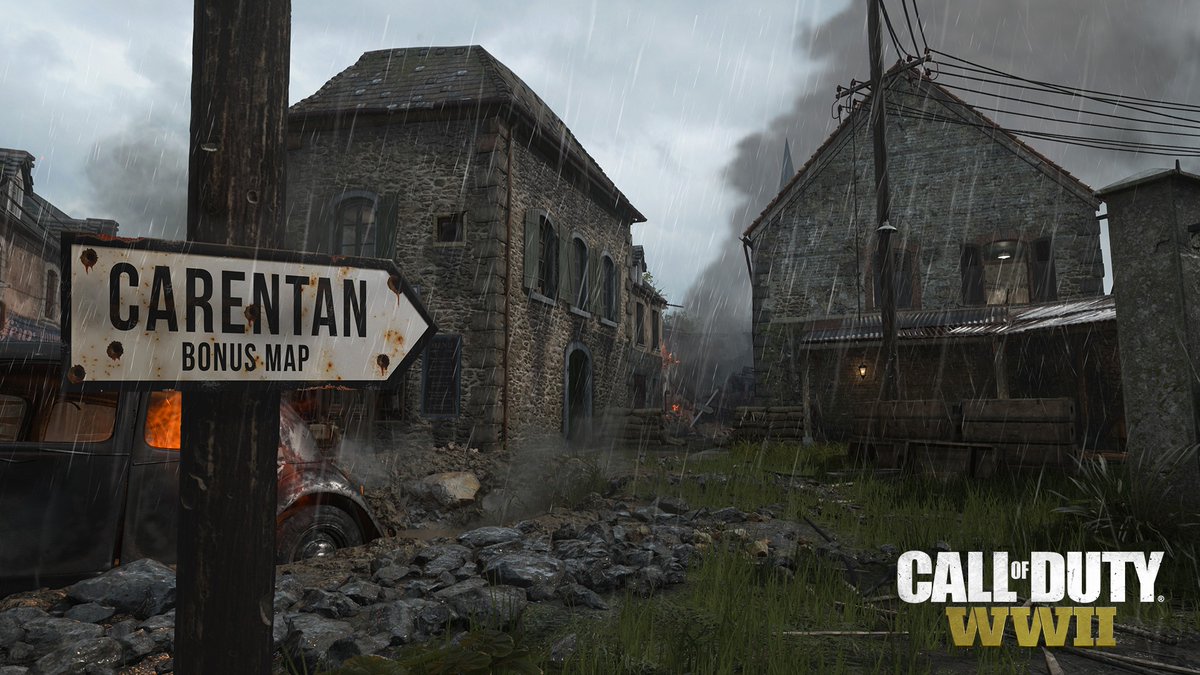 One of Call of Duty’s original and most iconic maps is officially set to return in WWII next month.

Carentan, a multiplayer map that appeared in the first Call of Duty, Call of Duty: United Offensive, and Call of Duty 2, has been confirmed via Twitter for WWII. All Season Pass and Digital Deluxe Edition owners can play the map on release day.

A few weeks ago, a leaked image posted to the WWII subreddit revealed that Carentan was returning as a bonus map in the Season Pass. Today, Call of Duty officially announced its comeback.

Related: Carentan could be a bonus map in WWII

Several maps have been “based off of Carentan” in the CoD franchise, according to Charlie Intel, but the map itself has not been included in a game since 2005.

Season Pass owners can access Carentan immediately, as well as the four DLC packs that will be released throughout 2018. The DLC includes “new and iconic Multiplayer Maps, new chapters of Nazi Zombies and all-new War Missions,” according to an Activision blog post.

This war-torn French village hasn’t seen much action for the last decade, but it will certainly experience some heated battles when WWII releases on Nov. 3.