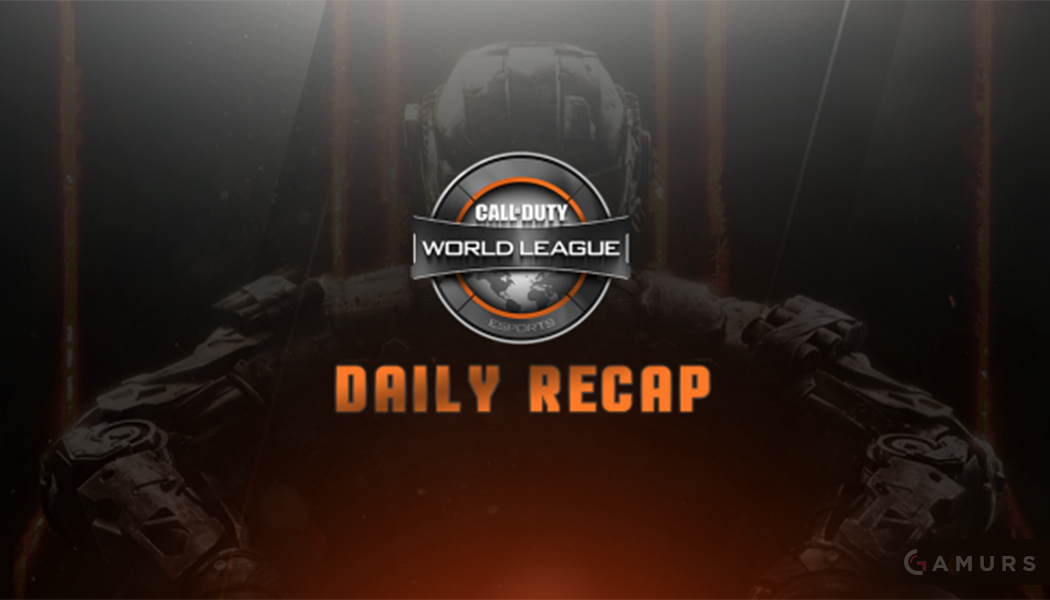 The first day of action for Week Eight of the Call of Duty World League was moved up one day to help accommodate players traveling to MLG Anaheim this weekend (June 10-12). Fans all throughout North America were excited to learn that they did not have to wait as long for this week’s action to begin.

With a lot of great matches and intense gameplay, here is a recap of all the North American matches that took place earlier today.

H2k began the night with an impressive 250-243 win on Evac Hardpoint. However, from that point on, it was all Team eLevate as they went on to win three straight maps. After defeating H2k on Infection Search and Destroy 6-2, eLv dominated the remaining respawn games, winning Fringe Uplink 17-6 and Breach Capture the Flag 4-1 to secure the 3-1 series win.

Similar to the previous serious, Hundred Thieves got off to a great start with a 250-209 win on Evac Hardpoint. Just like eLv, C9 was able to take the next three maps, starting with a commanding 6-0 win on Infection Search and Destroy. Cloud9 then went on to win 16-7 on Fringe Uplink, followed by a series-clinching 5-1 win on Breach Capture the Flag.

In their second match of the night, Hundred Thieves continued their impressive season-long Hardpoint gameplay with a 247-233 win on Stronghold Hardpoint. But, just like in their last series, Hundred Thieves could not expand on their 1-0 lead as Luminosity went on to win three straight games. Luminosity won the series 3-1 thanks to a 6-1 win on Breach Search and Destroy, a 20-12 win on Evac Uplink and a 6-0 win on Fringe Capture the Flag.

FaZe Clan started off this match with a spectacular 250-148 win on Evac Hardpoint. coL responded with a 6-4 win on Infection Search and Destroy, but FaZe continued to play well in the respawn games. A 10-1 win on Fringe Uplink and a 2-1 win on Breach Capture the Flag sealed the 3-1 series win for FaZe.

In the last match of the night, we saw our first shutout as EnVyUs completely dominated TSM. EnVyUs started off with a 250-153 win on Evac Hardpoint, followed by a 6-4 win on Infection Search and Destroy. TSM looked poised to go for the reverse-sweep as they got off to a great start on Fringe Uplink, but EnVyUs denied their comeback attempt, winning the map 14-13 and the series 3-0.

What do you think about the action thus far from Stage Two, Week Eight of the CWL? Let us know by commenting below or tweeting us @GAMURScom.