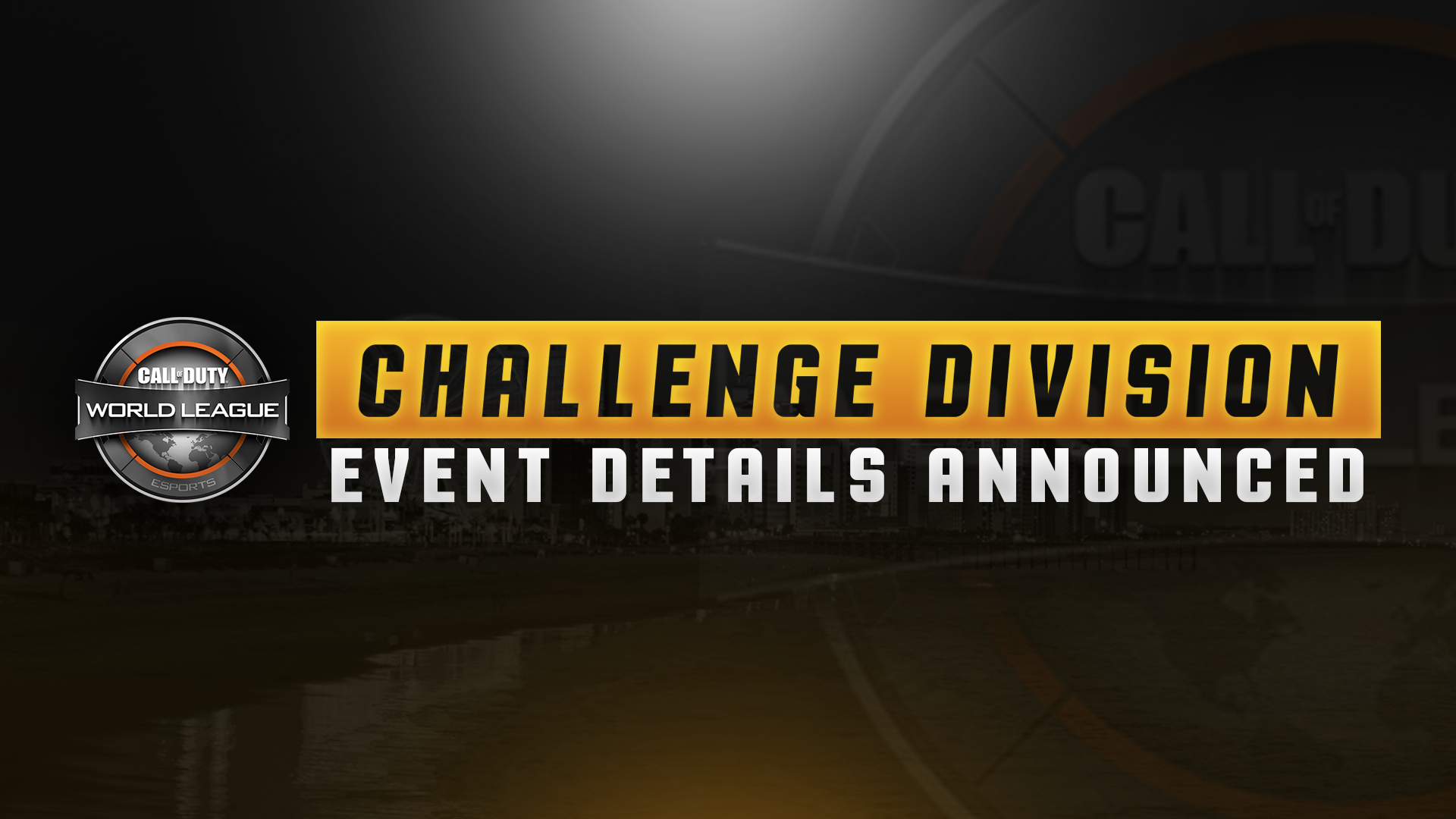 With UMG South Carolina , the first major event in Call of Duty®: Black Ops III , taking place this weekend, Activision Publishing has officially unveiled the long-awaited details for the “Challenge Division” of the  Call of Duty World League (CWL).

The Challenge Division was primarily created to offer amateur players in North America, Europe and Australia/New Zealand a route to the Call of Duty Championship 2016 . Depending on how these teams perform in Challenge Division-sanctioned events, they can earn their ticket into CoD Champs by placing well at the Championship Qualifiers or Stage 1 Relegation tournament – which will also give them a spot into the CWL Pro Division.

Below are the released details for the upcoming LAN and online events for the CoD World League Challenge Division. Note that all teams, with players 18 years or older, are welcome compete at these events, including NA CWL Pro Division teams.

This weekend, teams in the North American region are competing at UMG South Carolina for the $100,000 shared prize pool. The UMG Gaming -hosted tournament is also providing a preview of what amateurs are bringing to the table.

Four online tournaments for the Challenge Division will follow UMG South Carolina throughout the remainder of the CWL season – the first two will be hosted by UMG, the second two will be presented by the Electronic Sports League (ESL) . All of these events will include $25,000 prize pools, along with the opportunity to earn World League points towards the previously mentioned Stage 1 Relegation tournament and Championship Qualifiers.

The dates for the four events are as follows:

The European Gaming League (EGL) will also be hosting its own Challenge Division LAN tournament during EGL 15 , which takes place on March 5-6 in London. Similar to the NA’s online events, this major will feature a prize pool of $25,000 and World League points.

The European region will feature three online events hosted by ESL for the Challenge Division throughout Stage 1 of CWL. These several events will offer $5,000 prize pools, World League points and the opportunity to compete in the qualifying events for CoD Champs 2016.

Here are the three event dates:

Australia and New Zealand’s professional and amateur competitive teams have been given three online tournaments to obtain World League points . Note that prize money is not mentioned on the Oceanic segment of the CWL  Challenge Division page .

What are your thoughts on the details announced for the CWL Challenge Division? Follow our Twitter – @eSportsNation for more coverage and content on the Call of Duty World League.