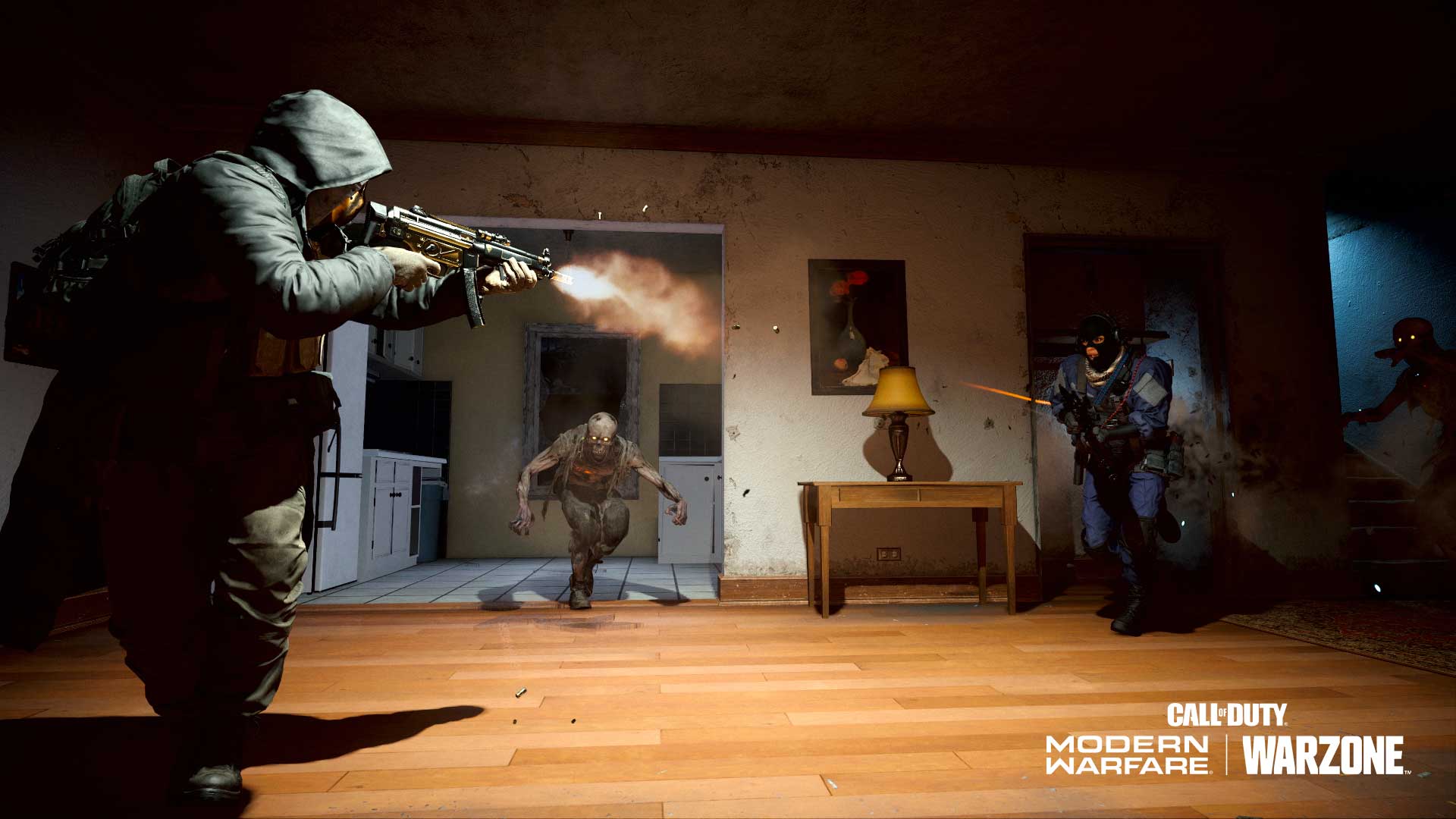 The Haunting in Verdansk update in Call of Duty: Warzone has added a lot of spooky content around the map.

Players have encountered jump scares when opening crates and the nighttime version of Verdansk makes it harder to see enemies creeping in the distance. Infinity Ward also added ghosts around the map to scare unsuspecting players.

A player discovered a ghost train in Quarry while looking for loot that appears at random intervals throughout a match. The train features a skull with red eyes and eerie smoke rising from its smokestack. The train doesn’t harm players caught on the tracks, but it does send a shiver down their spine.

Another player found shadow figures lurking near a monument in the southern area of Verdansk that disappeared when they got close. Blue ghosts can be seen just outside of the Prison, too. They also disappear when players get too close and make ominous noises when nearby.

There have even been reports of houses in Farmland that feature pools of blood that drip up through the ceiling accompanied by evil laughing. Other players have encountered ghost girls in Hospital that supposedly charge toward you when they’re looked at for too long and there have been reports of a bat jump scare that activates randomly throughout the map.

Warzone players are enjoying the Haunting of Verdansk event and all of the details that are perfect for the Halloween season. It’s unclear if there are more Easter eggs hidden around Verdansk, so be prepared for anything while exploring until the event ends on Nov. 3.