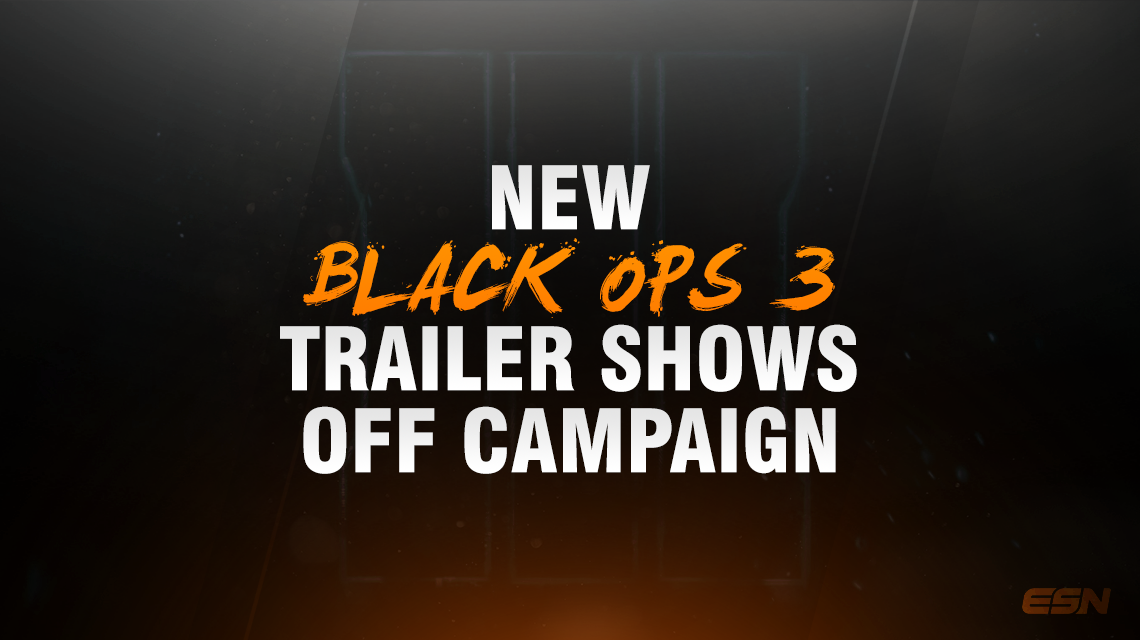 The Call of Duty®: Black Ops III story trailer is here and with it comes an intriguing campaign mode and growing excitement for the game. The story takes place in 2065 in a dystopian future where warfare is fought between groups and Black Ops teams in hostile environments.

As a Black Ops operator, you been given a “direct neural interface” implant in order to help become a more effective “killing machine.” With the soldiers being more intelligent and enhanced, new dynamic elements will help propel the story unlike any other Call of Duty we’ve seen yet. Find the official trailer and some breakdown points below:

The villain in the story mode is a man named John Taylor, played by Christopher Meloni of Law & Order, who apparently had something go wrong in his neural interface. The trailer also shows the player asking Taylor if he’s back, and if he knows who he is, to which we do not receive the answer. The game seems to highlight the progress of technology within the dystopia.

With all the possible plot lines of a villain drifting between his evil subconsciousness and his normal-self, the story could be a rollercoaster of him trying to discern who he is and what he should be doing. Taylor does not just seem to be a static supervillain as his brain fights against what is just and unjust. The dynamic of this character is still quite a mystery.

As for the actor portraying Taylor, Meloni tweeted out saying that he would keep his secrets and not share his character role with his fans.

Although Meloni was previously unknown to be in the game, Seattle Seahawks running back Marshawn Lynch was confirmed to play a minor role in the game as an antagonist.

In one scene, Taylor appears to have a futuristic model of the AK-47 after the camera briefly showed another very futuristic looking weapon.

The trailer starts out with perhaps the most powerful line in it, from the main character, “we wanted a perfect future and f*** we got it,” after showing scenes of destruction from across the world. The choice of words also shows that the world clearly has become dystopian as we see the images of catastrophes mixed in with ominous music and the strong language choice.

Another line by the main character, “I’ve got to chase this chaos as deep as it goes,” is seen right after the character discovers what seems to be several human experimentations. A few seconds later we see someone being tossed off a building and more dramatic music along with the introduction of Taylor, seemingly a good guy.

After several actions scenes the character also says, “I can feel it taking over, not even my mind is safe.” Which seems to be implying that the brain implant he received is starting to take over his body functions, turning the himself into a weapon. This shows the internal and external dangers presented in the new world, being attacked physically and mentally.

Throughout the trailer, in-depth scenes are shown of your apparent squad members trying to cope with the recent issues with the neural enhancements. The relationships within the story will continue to play a huge role as you, the player, determine who’s good and bad.

What are your thoughts on the new Call of Duty trailer? Let us know in the comments. Follow us over on Twitter – @eSportsNation for more Call of Duty coverage.